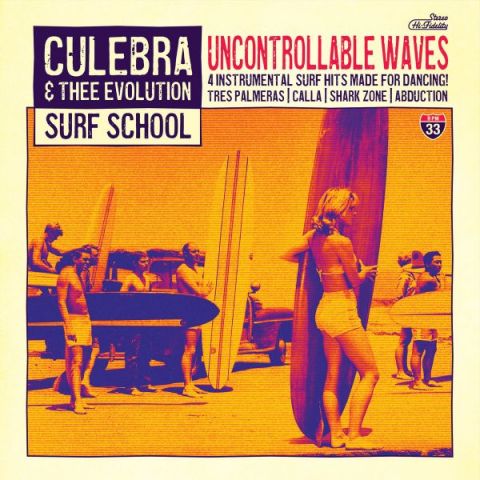 Some straight trad stuff from Culebra here with a focus on melody over racket. Though guitar is at the forefront, the little touches of sax and organ are a nice sub-surface flourish. Though adequate, I think the sound production here isn't doing these songs justice -- there are some nice, memorable tunes here but they don't present themselves well on first listen. My favorite is the opener "Tres Palmeras"

You can buy it on 7" vinyl or digital download from Bandcamp. 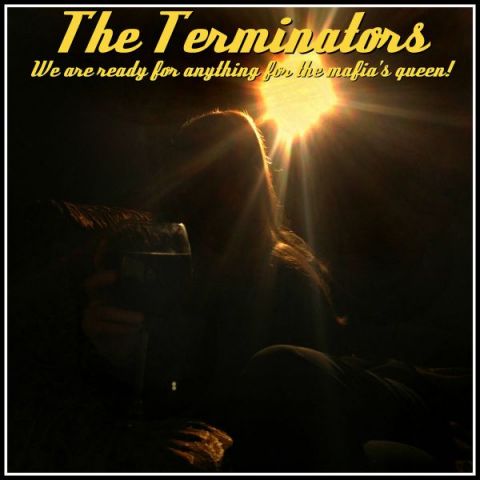 The Terminators play fast, mean, and short surf instrumentals with what I assume is humorous Russian stage banter peppered throughout. It's extremely short, with each song coming in at less than 1 minute and 30 seconds when you skip the talking, but those instrumentals are worth it! They're well produced, well played, and full of energy.

I can't find much else on them, but I like what I've heard. 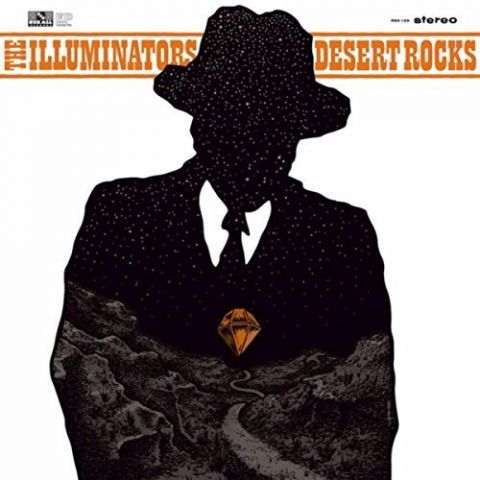 Despite consistently enticing album art, I am not well acquainted with The Illuminators' material. They play modern/progressive instrumentals with a bit of mood and punch to them. There's a desert/spaghetti western theme going on on this EP that probably comes out strongest in "Memento Amorella", which might also be the most melodically memorable moment of the EP. This isn't really a direct Ennio Morricone thing though -- I hear just as much of the Madeira in here as that, but not quite as... END_OF_DOCUMENT_TOKEN_TO_BE_REPLACED 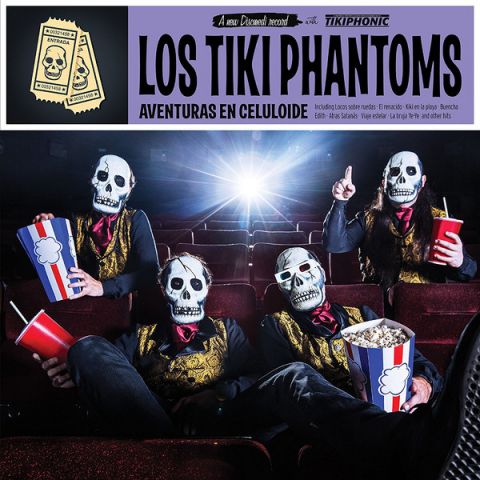 Los Tiki Phantoms are back with another album of lighthearted, carefree, pop-garage surf instrumentals. Though there are a few more effects, brass instruments, and spaghetti western sounds, it still has that bright and sunny Los Tiki Phantoms feel. They don't change the formula much, but I think of them as dependable rather than sounding stale.

Took me a while to find the... END_OF_DOCUMENT_TOKEN_TO_BE_REPLACED 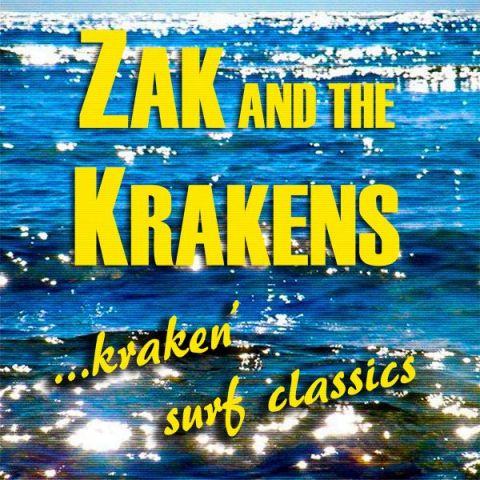 So close to being able to say "Release the Kraken". Anyway, Z and the K's are a trad surf band out of Copenhagen playing 100% covers, including some from the 90's and onwards. I was surprised at how naturally they could fit songs by The Atlantics, The Ghastly Ones and Man or Astro-man right next to more standardized surf standards like Pipeline and Squad Car. Speaking of cohesiveness, the second half of the album was live but a nice enough recording that the talking before and after the... END_OF_DOCUMENT_TOKEN_TO_BE_REPLACED 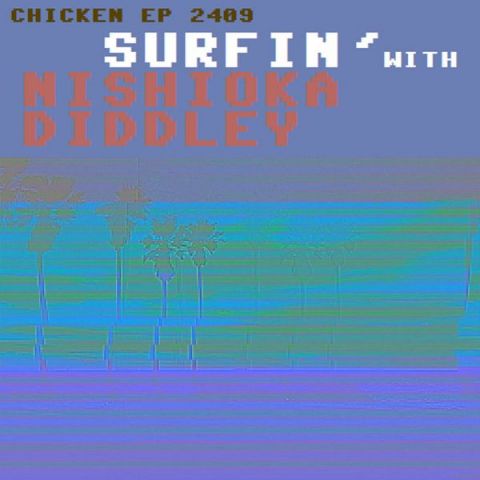 Every once in a while retro electronic music collides with retro analog rock & roll and we get a chiptune surf record.

The ones I've heard don't usually do covers of classic instro tunes, which does make this especially interesting. However, it's not full chiptune, as there's clearly some guitar in there (am I seriously complaining about guitar use?). I think "Cross Ties" and "Reveille Rock" are the best use of this sound, while the latter two amount to basically... END_OF_DOCUMENT_TOKEN_TO_BE_REPLACED 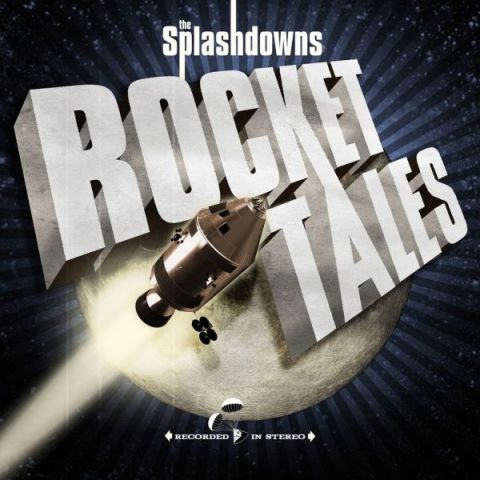 Splashdown is when a spacecraft hits the water upon reentry into Earth's atmosphere. When astronauts go from space to surf.  It's a great name for the splashdowns, who mix a semi-trad surf sound with a sense of cosmic wonder and adventure. Think The Spotnicks doing Rocket Man rather than Man... or Astro-man?, with a non-aggressive, thoughtful surf approach and not... END_OF_DOCUMENT_TOKEN_TO_BE_REPLACED 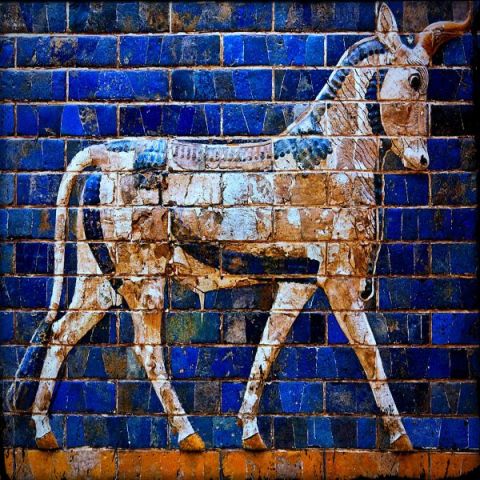 I once declared that 2016 belonged to Amphibian Man, so now it's time to see what he has in store for us in the new year.

Thematically, I didn't notice anything particularly cohesive in this release. It's a bit more patient and perhaps a bit more quick-picky than straight-up melodic, but he still manages to hit a... END_OF_DOCUMENT_TOKEN_TO_BE_REPLACED

The Bahareebas release Tell Me a Story About

In their 4th LP, The Bahareebas have found a sweet spot that I expect should resonate with just about any modern-trad surf fan. Despite a pretty no-frills surf sound, The Bahareebas manage to play with a sense of purpose and emotion in every moment of the melody. It's bright and sunny and energetic, but also with a sense of danger -- while not being vicious. They take cues from many of trad surf's memorable leitmotifs without feeling like rip-offs, just channeling the spirit of the music. I... END_OF_DOCUMENT_TOKEN_TO_BE_REPLACED 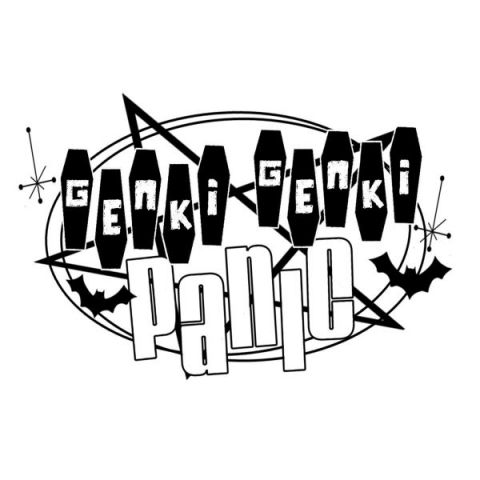 Genki Genki Panic is back after their transformative Spooky Fingers EP. While Spooky Fingers felt kind kind of like a soundtrack, Litanies of Surf is a rock record, dialing back the atmospherics, cranking up the volume and the speed, and keeping the anything-goes approach to their song-writing. Less spooky, but bigger and meaner. Less Danny Elfman, more Man... or Astro-Man and sometimes even... END_OF_DOCUMENT_TOKEN_TO_BE_REPLACED 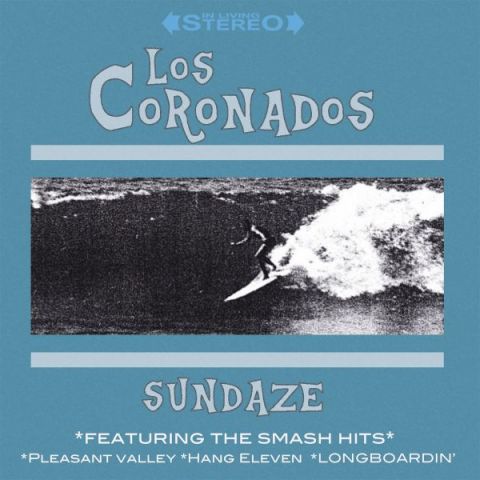 With their last release, Los Coronados had a story that the grandsons of the original musicians were releasing their fathers surf band master tapes from 1965. Fun story, but I didn't buy it. Now that they're Tupac'ing some new material, I'm especially not buying it. But here's the thing: this is the only Taiwanese surf band I know of. That's plenty enough of a story!

Anyway, three tracks here, strictly trad surf, a little on the laid-back side. Give it a listen.... END_OF_DOCUMENT_TOKEN_TO_BE_REPLACED 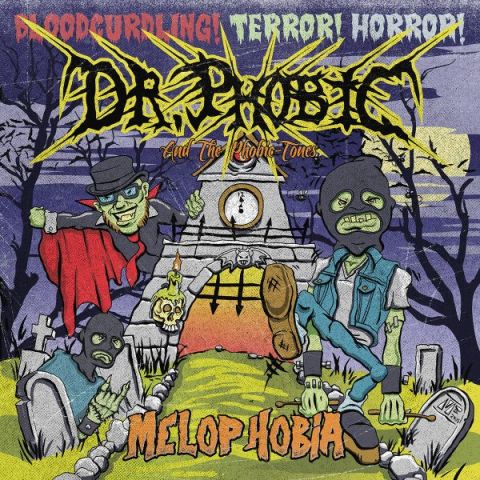 Lots to worry about here. Dr Phobic serves up 10 instro-metal tracks with titles that end with the phobia suffix.

This metal guitar and dirty bass sound probably won't work for everybody, but my favorite here is "Ichthyophobia". Though after looking up some of the song titles, my favorite might go to "Pithecophobia", the fear of apes.

Digital download is free, but you can also order a CD through their bandcamp page if you'd like. 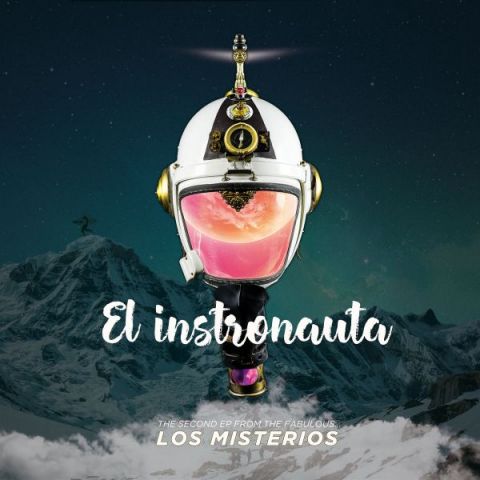 This is the second EP from Los Misterios, both of them with some pretty striking album art. By their own description, "4 gunshots that, if heard by Trump, he'd use them to invade some new planet." Their sound is generally pretty trad other than some very prominent (and welcome) organ. I think that element gets especially interesting on "Sexy Safari" but all of these are pretty fun.

The Guitaraculas release Preachers of the Night 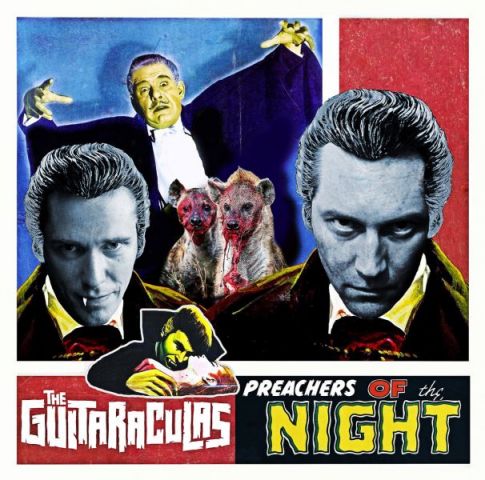 Man, what a time to be alive. The Messer Chups (or in this case a side project of the Messer Chups) can release an album and you immediately have a chance to listen to it. You used to have to dig around for the one site that seemed to be holding them at the time. That said, if you're looking for a physical copy, that still may be the case as Trash Wax records doesn't have it listed yet.... END_OF_DOCUMENT_TOKEN_TO_BE_REPLACED 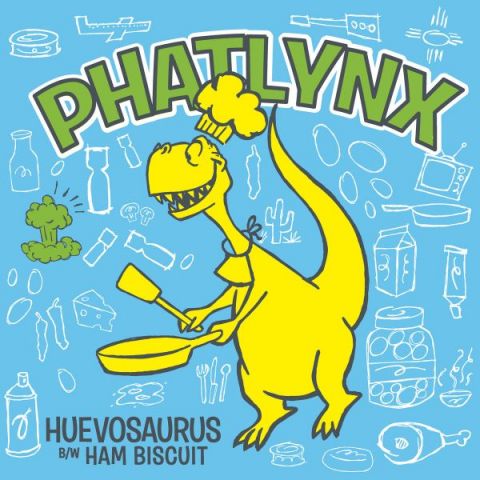 More greasy fun from North Carolina's premiere Link Wray/Food tribute band. Huevosaurus may read as a Link-styled song, but it's a pretty direct cover of a song by Huevos Rancheros. Ham Biscuit is a goofy instrumental with a few vocals that belongs on those Frolic Diner compilations. As you'd expect from their LP that I loved, it's... END_OF_DOCUMENT_TOKEN_TO_BE_REPLACED 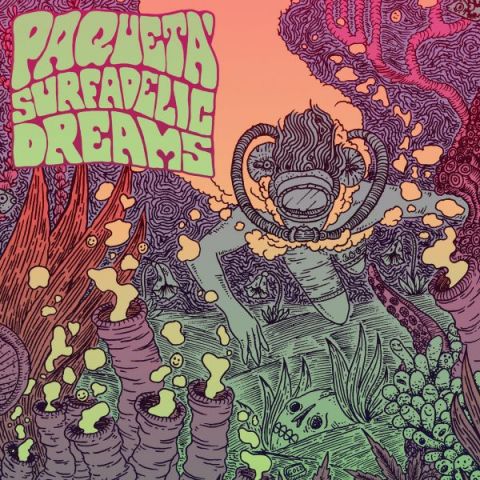 Brazil's Paquetá have been around for a less than a year but have already played over 50 shows and released several demos and live tracks. This is the first studio release, a better look at their sound. All five tracks are gritty, howling instrumental surf punk with psychedelic tinges. They hardly ever slow it down, full-on energy and power from start to finish.

Give it a listen!

The Beyonderers release Estimate of the Situation 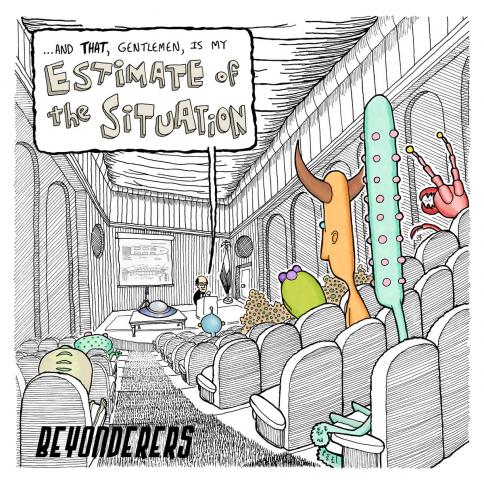 I only just recently found The Beyonderers (note the extra "er") and their excellent debut "Fourth Wave" and the new one is full of the same slammin' Astro-man energy. Unfortunately it appears they've lost their keyboardist, which made for a great electric howl on the last one that set them further apart from Man... or Astro-man? but the truth is this is surf: a lot of bands will sound similar and a lot of us are happy to eat up whatever sounds familiar, especially in the case of MOAM. Count... END_OF_DOCUMENT_TOKEN_TO_BE_REPLACED 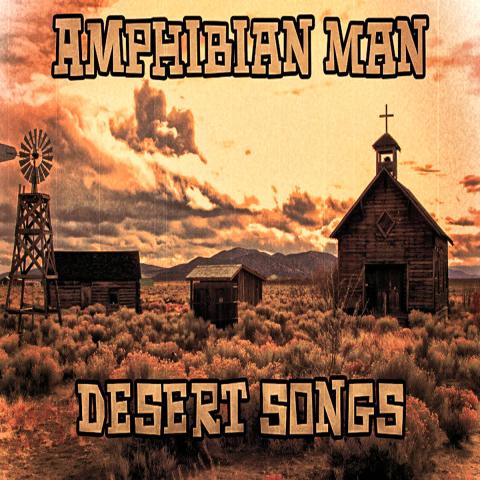 4 months of silence seems like an eternity from Amphibian Man, but he's back with a Spaghetti Western angle. He's learning how to slow down a bit, not just in terms on his release schedule, but on songs like the very steady "Ghost Town" and "Skeleton Pass". That said, there's plenty of action in here on songs like "Train Robbery".  I'd actually... END_OF_DOCUMENT_TOKEN_TO_BE_REPLACED

Marshall and the Martins release Bundamba 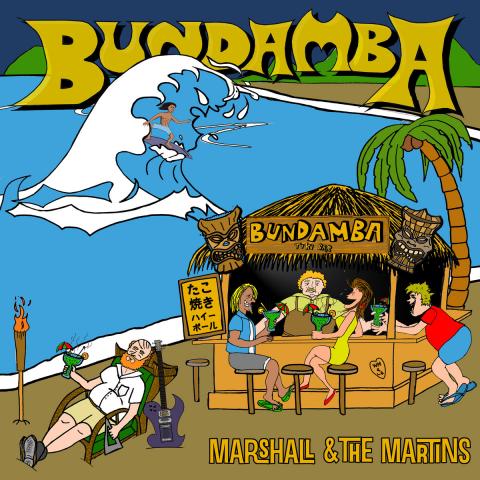 The latest from Marshall and the Martins keeps it pretty trad surf - despite banjo in the second track and apparently some bagpipes somewhere. Though that second track "Weston" is a good one, the more it sticks to a trad surf sound the more I found myself enjoying the songs. "Bundamba", "Mulliwippi" and "Maxwin" all did a great job of tapping into a 60's locked-in mindset and surf mood, while the beach party numbers like "Steley" and "Melton" have that squeaky clean sound that a bedroom/... END_OF_DOCUMENT_TOKEN_TO_BE_REPLACED 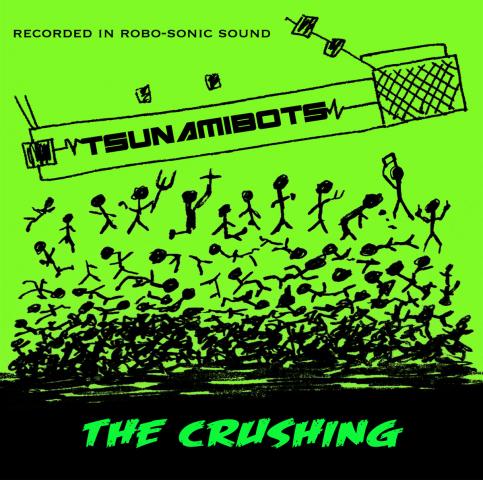 After 2 EPs with similarly crude album art, this very persistanly robot supremacist band has put out their first LP. While one might expect clean sinewave tones from a robot band, Tsunamibots actually have a pretty trashy tone with occasional sound effects thrown in. Song structures are simple, easy to bounce along to and despite their forceful message, they still know how to have fun. Take the lighthearted beach party number "Robotic Meltdown", which even cuts loose enough to include... END_OF_DOCUMENT_TOKEN_TO_BE_REPLACED