Tikiyaki 5-0 are a smaller, more portable and guitar-focused version of The Tikiyaki Orchestra. While Tikiyaki Orchestra had no problem finding fans in the surf crowd, this is more surf than exotica, even when they're covering Arthur Lyman's "Taboo", which manages to finish with a rousing crescendo -- definitely a favorite on this EP. That said, "Song of Delilah" and Les Baxter's "Enchanted Sea" keep a bit more of an exotica mood. For the surf nuts, there's a cover of Zorba and the Greeks' "... END_OF_DOCUMENT_TOKEN_TO_BE_REPLACED 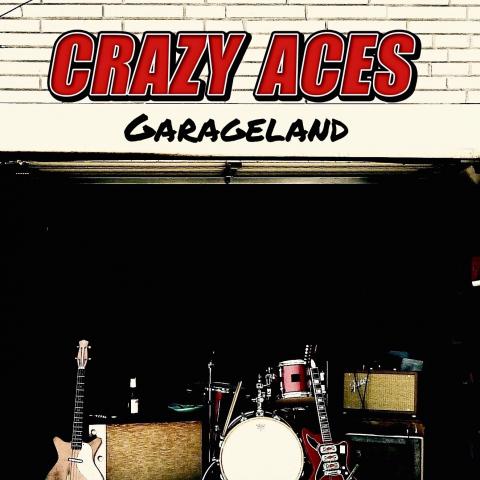 Crazy Aces have made a name in the surf world, but I think of them as more of a Ventures-styled band -- more twangy than drippy and focused primarily on melody. If you've enjoyed their previous records, I think you'll be all over "Scorpions", "Rudy's Revenge" and "Chop and Channel". It's hard to pick a favorite among them. Then they try their hand at spaghetti western with "Trail of the Mystery Men" which is much more cinematic sounding than I expect from them. They trade off a steady drum... END_OF_DOCUMENT_TOKEN_TO_BE_REPLACED 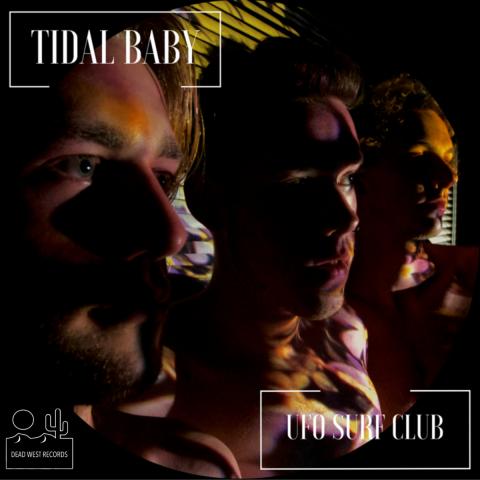 This is the first LP from Tidal Baby (formerly known as Grimm Futures) seemingly out of Canada? Their label is, and I swear I hear a bit of a Huevos Rancheros twang to them, so that's my guess. 7 instrumentals and one vocal track with a great loud-as-hell guitar sound complimented well by the bass. They crank out a lot of noise for a 3-piece. This is recorded live and I do think that holds them back a bit, but the songs and the sound are solid and it's definitely worth the free download from... END_OF_DOCUMENT_TOKEN_TO_BE_REPLACED 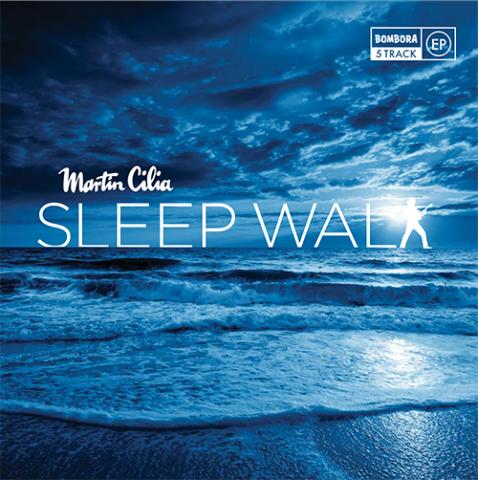 The latest from Australia's surf guitar maestro. You've got 5 tracks on this one, four originals and of course the cover of the classic Sleepwalk. As can be expected from Cilia, production is slick as all get-out with reverbed electric guitar floating on for miles on Sleepwalk. I've only heard the snippets below of the originals, but it looks like they've got a solid breadth and some fresh ideas.

At the moment it's... END_OF_DOCUMENT_TOKEN_TO_BE_REPLACED

Said the Ripper - The Hanging at Barbed Wire (Released in... END_OF_DOCUMENT_TOKEN_TO_BE_REPLACED

Robotron releases Robotron Versus The Invincible and Indestructible Reptilicus 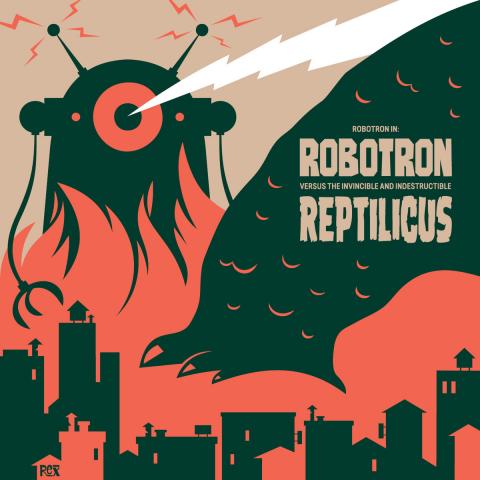 Robotron is a project by Bjørn Hovland featuring 7 tracks of monstrous fuzzed out tough surf. While a lot of these projects where one member writes and plays many parts tend to sound stripped down, this gives no indication based on the music itself. Partially because this was hardly a bedroom recording: Bjorn hails from Norway, the album was mixed in Brazil and mastered in Seattle!

The kaiju-style imagery of the album comes through in the music: its aggression oscillates between... END_OF_DOCUMENT_TOKEN_TO_BE_REPLACED 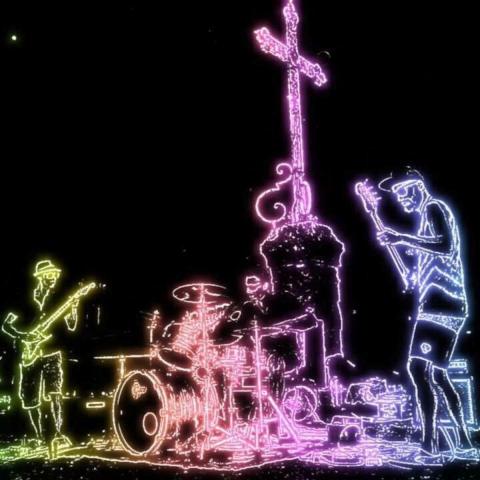 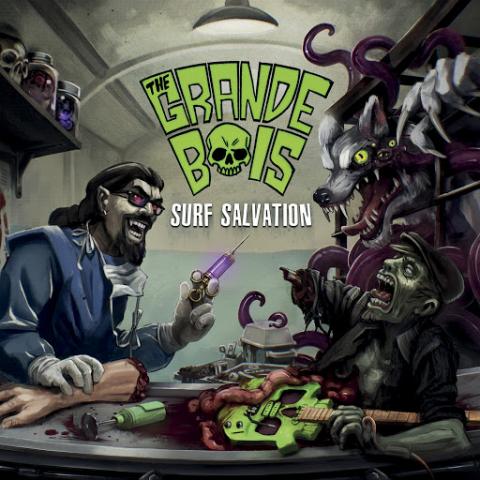 The Grande Bois have been a pretty ambitious group since their first release and they're just as inventinve and frenetic on their third LP. Though their album art often deals in horror movie camp, they don't really come off as a horror surf band (especially on sleepy tracks like "Shy Groove", a straight sunset surf tune). Rather, they roll around in strange fiction tropes with playfulness. It gives them a good variety, sometimes playing it straight and sometimes getting pretty goofy and... END_OF_DOCUMENT_TOKEN_TO_BE_REPLACED 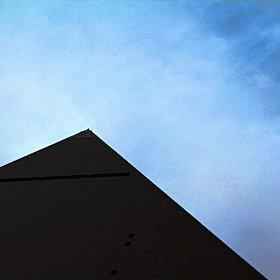 King Ghidora's been on my radar for a while, but I never caught wind of any prior releases apart from reverbnation updates and the like. Even if it's 3 songs, I'm glad to finally have this band in my library. King Ghidora hail from the Man or Astro-Man branch of the instro family tree, and I reckon they probably prefer the later material. KG's style is aggressive but progressive, with tracks 2 and 3 stretching into prog-psych-surf territory at 6 minute lengths. That's long for surf! The... END_OF_DOCUMENT_TOKEN_TO_BE_REPLACED 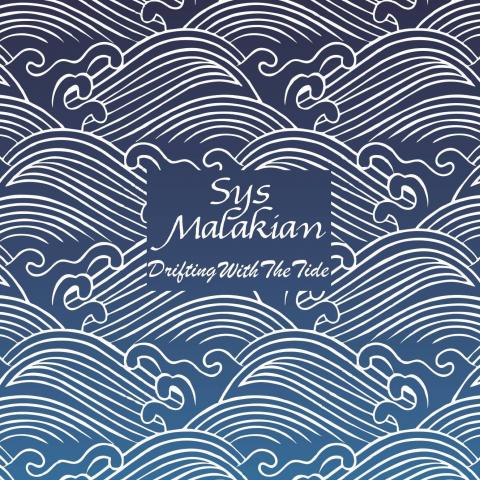 So while I've highlighted Perro Agradecido Cumbia albums on this stie, I didn't pay much attention to the solo work of that band's guitarist Sys Malakian. Drifting With The Surf leaves the chicha influence behind and sticks with a pretty trad surf sound. There's a good amount of variety, though even on the... END_OF_DOCUMENT_TOKEN_TO_BE_REPLACED

The Mermers release Get Swell Soon 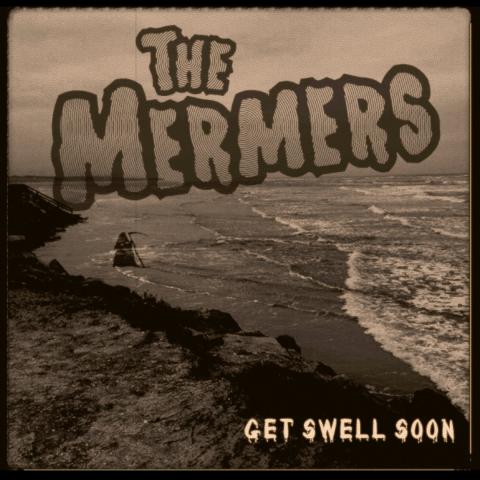 This is the debut EP from this Gainesville foursome. From the beginning I get a strong Ghastly Ones vibe, but as the record progressed I think they started to slip a bit more into their own sound. The organ work on this is a lot of fun, especially on "Party Grave" and "Blood Barrel". The guitar sometimes gives me some early Man or Astro-man flashbacks, but on the whole they don't compare that closely. With long track lengths (for surf) and some distinct mid-song changes, this sometimes plays... END_OF_DOCUMENT_TOKEN_TO_BE_REPLACED 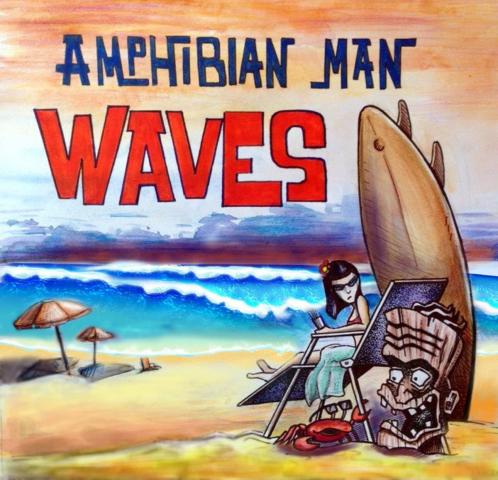 Ukraine's most prolific surf musician strikes again! Waves is a more sunny, trad surf approach but with a relentless energy. There's a greater focus on melody, though with oodles of speed and intensity kept in the mix. If you're a fan of 13th Magic Skull, I think this will be right up your alley, but it should appeal to a lot of surf fans in general.

If you missed it, I peeled back the curtain on Amphibian Man a bit in an... END_OF_DOCUMENT_TOKEN_TO_BE_REPLACED

The Crowkeepers release Witches of the Rock 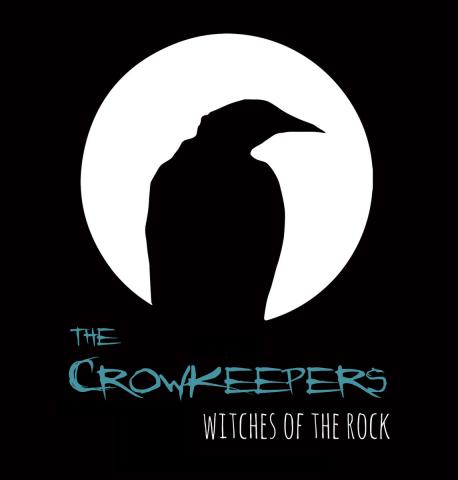 The Crowkeepers were on my radar because of guitarist Bill Simms from Shoot the Pier - a two-person moody surf group he did with his daughter. The Crowkeepers keep a similarly somber tone to them that seems to loom even over the more upbeat tracks. It never really roars, much more likely to creep. They really lean into that sound on the album title track "Witches on the Rock", and I think it works well. As a live band and not a bedroom project, this isn't quite as dressed up with recording... END_OF_DOCUMENT_TOKEN_TO_BE_REPLACED 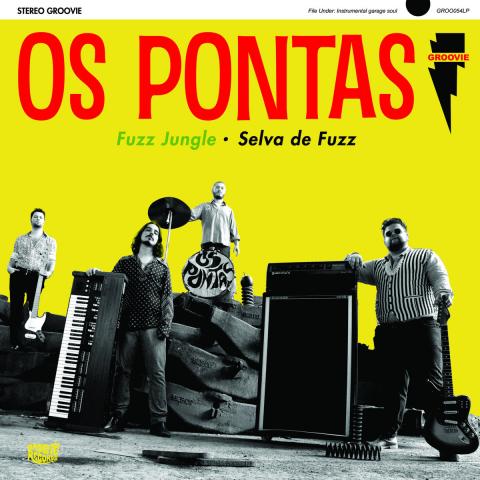 I don't think Os Pontas are trying to rise to the top of the surf guitar virtuoso ladder -- they're all about fuzzed out primitive jungle sounds. Plenty of groups pull off primitive the natural way: by sucking, but Os Pontas walk that tough line of careful sloppiness -- sort of like early Black Lips records to step out of the instro realm. Fuzz Jungle is a fun record for stompin' around. The guitar speaks in a crass lizard brain language and the organs whirl to a Stax soul sound. The best... END_OF_DOCUMENT_TOKEN_TO_BE_REPLACED 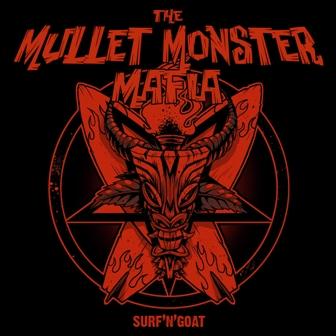 Brazil's The Mullet Monster Mafia have been busy! Earlier this year they released a vinyl picturedisc called "To Mega Surf", which is a reissue of their first two albums. They also just recently (I'm a few weeks late!) released a 7" called Surf n' Goat on Drunkabilly Records in advance of a huge European tour that's underway right now.... END_OF_DOCUMENT_TOKEN_TO_BE_REPLACED 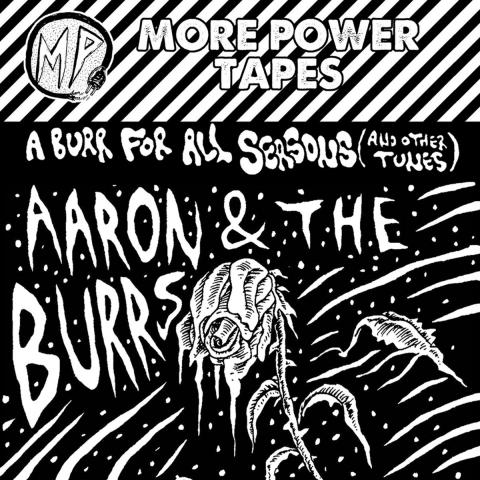 Aaron and the Burrs have been quiet for a little bit... missing out on some synergy opportunities with the broadway hit Hamilton! Eh, probably not.

This still sounds a lot like the Aaron and the Burrs we've heard for a while, sort of eleki-style with the lead guitar high-pitched and often quite staccato though with some sludgy punk guitar filling it out. Kinda similar to Beware the Danger of a Ghost Scorpion but a little more restrained. I do think there's a bit of a recording... END_OF_DOCUMENT_TOKEN_TO_BE_REPLACED 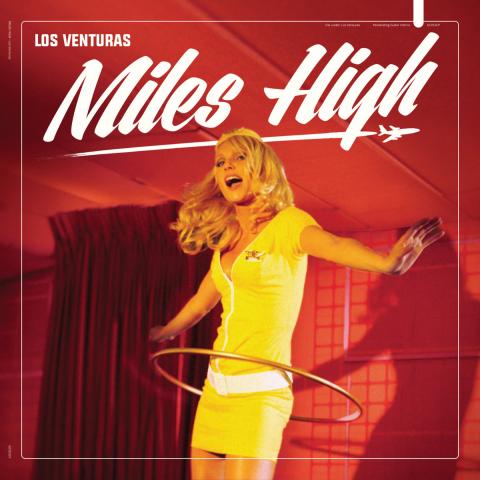 This is the last entry of the month of Green Cookie Records. Within a few weeks, they've released Los Venturas, The El Caminos, The Aqua Barons and on their subsidiary label Surf Cookie they released Bamboogie Injections and a repackaged Surfoniani record. I'm guessing this is all leading up to Italy's Surfer Joe festival happening this weekend.

In the past I really haven't given Los Venturas the attention they deserve. I know a lot of people enjoyed their past two releases ... END_OF_DOCUMENT_TOKEN_TO_BE_REPLACED

The El Caminos release Behind the Surf

I've wanted to look into the El Caminos past their excellent Del-Fi Release Reverb Explosion, but their other releases aren't terribly cheap for an American to find. So here we have a compilation of unreleased tunes from before that record. Some of them are familiar: alternate takes that found their way onto other El Caminos records, some are covers. It's good trad surf, though nothing that quite jumps at me like Reverb Explosion did. It's great to have... END_OF_DOCUMENT_TOKEN_TO_BE_REPLACED

The El Caminos release Behind the Surf

I've wanted to look into the El Caminos past their excellent Del-Fi Release Reverb Explosion, but their other releases aren't terribly cheap for an American to find. So here we have a compilation of unreleased tunes from before that record. Some of them are familiar: alternate takes that found their way onto other El Caminos records, some are covers. It's good trad surf, though nothing that quite jumps at me like Reverb Explosion did. It's great to have... END_OF_DOCUMENT_TOKEN_TO_BE_REPLACED 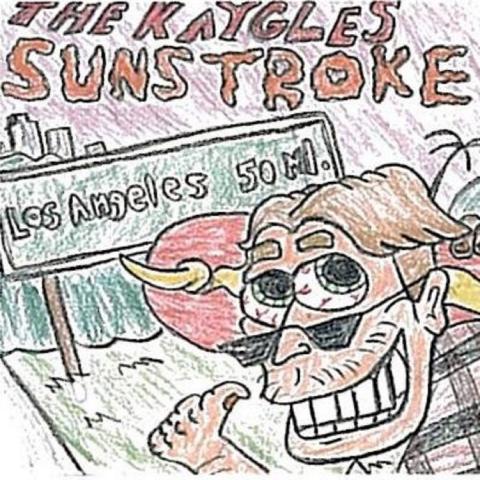 Here's one I almost passed by completely. Between the - I'm sorry but - terrible album art and the genitalia joke in the band name, I figured this would be some awful snotty garage-style surf rock a la Wavves. I took the risk though, and was immediately bowled over by some top-notch honkin' sax over a surf beat. This the good stuff: well produced trad surf with memorable melodies, nice big guitar sound backed up by some smartly accenting bass and keys. The first two tracks definitely... END_OF_DOCUMENT_TOKEN_TO_BE_REPLACED