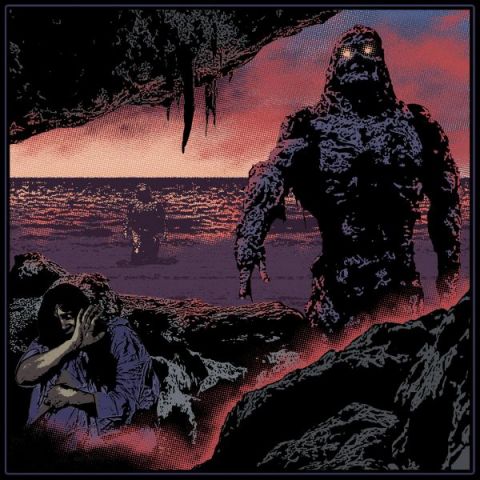 After last month's relative dearth of new surf releases, sure enough October picked up the pace, accelerating towards Halloween day. And sure enough there were a ton of releases on that day. Stop doing that. Anyway, shall we unwrap some leftover Halloween candy?

These are in no particular order. There were some great singles as well from the likes of Surf Hermits, Atomic Drag, Surfrajettes and others, but in the interest of time I gotta leave them off and focus on... END_OF_DOCUMENT_TOKEN_TO_BE_REPLACED 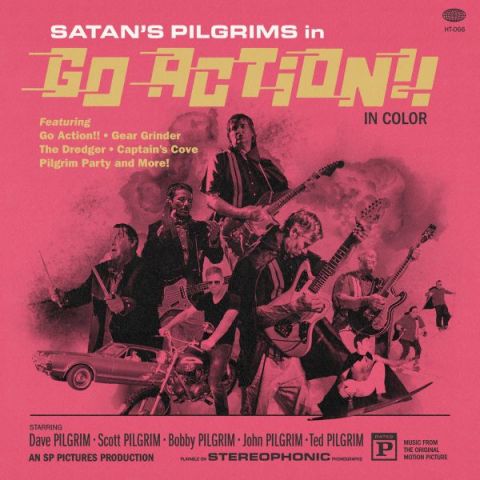 I've really been struck by how many fantastic surf releases this year, and every time I reflect on this I've reminded myself that there are a few looming releases threatening to crash my mental list of favorites. Any Satan's Pilgrims release holds that promise, but this is a particularly meaningful one as it's the last one that will feature their classic lineup with their late guitarist Dave Busacker who passed away in March 2021.

While aspects of the production of this album were... END_OF_DOCUMENT_TOKEN_TO_BE_REPLACED 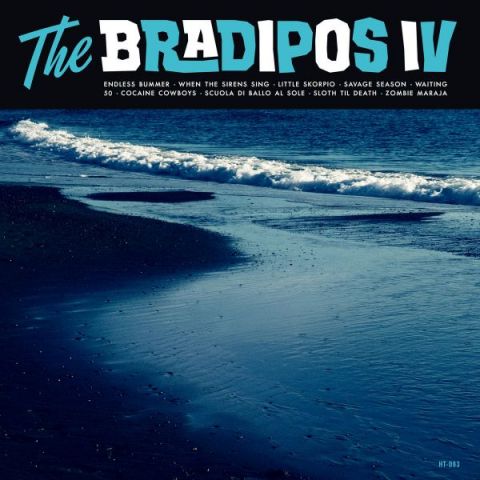 Today is Bandcamp Friday and for once I started writing this up earlier than last minute... but unfortunately this has been one of the slowest release periods of the year!* I guess that makes it easier for you to buy ALL of these great releases that came out in the past month.
Of course, this drought is basically over as of today. There's records by Los Atarrayas, The Jagaloons, Zak & the Krakens, The Dreadtones, Magnatech, singles by Black Flamingos,... END_OF_DOCUMENT_TOKEN_TO_BE_REPLACED 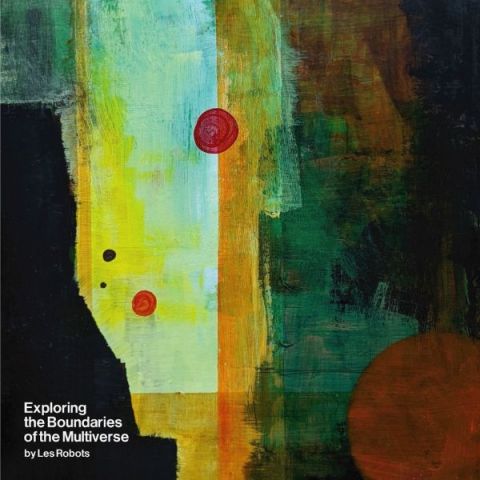 It's been forever since the last Bandcamp Friday roundup I've done and there have been a whole ton of excellent surf releases. Unfortunately this one lands in the middle of a vacation with little internet or even time availability. But I've got a bit of a window to do something here, so I'm going to highlight as many as I can before my son finishes his nap or this laundry gets done. I'm really going to try to focus on quantity of reviews over quality, though the whole point is that the music... END_OF_DOCUMENT_TOKEN_TO_BE_REPLACED 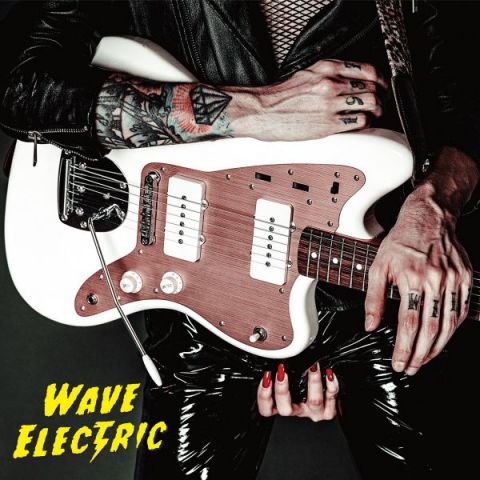 I'm writing this review of Wave Electric immediately after reviewing The Wave Chargers simply because I find the juxtoposition of their names funny.

They're a band that I had underestimated. Their previous EPs and singles were cool, but not necessarily enough to get too excited over. But Art at MuSick Records usually seems to know what he's doing, and when I saw their pre-release LP at the SG101 Convention that trust in him, combined with the record-buying 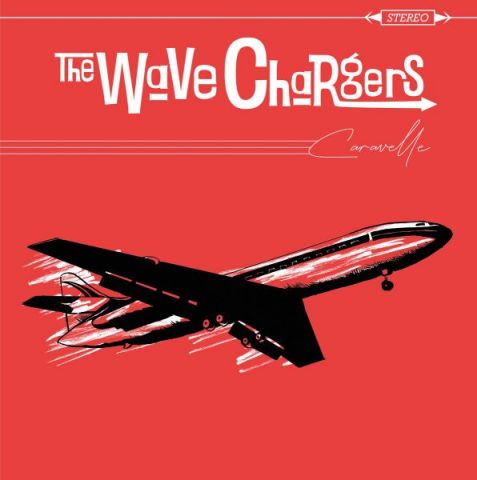 The Wave Chargers made a big impression on me with their intial handful of EPs. Raw and lo-fi traditional surf recordings. There's nothing particularly unique about that, but they did it well, and in particular some of their covers brough out a viciousness missing from the originals -- that's not to say they did it better than the bands themselves, but I think we sometimes forget that even the classics might have been a little stiffer from studio stagefright.

Then their debut LP felt... END_OF_DOCUMENT_TOKEN_TO_BE_REPLACED

The Manakooras - Jungle of Steel 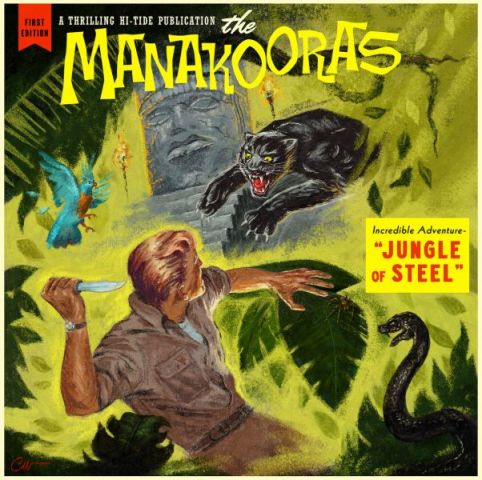 The Manakooras are not what you think they are.

Comprised of Jeremy from The Aqualads, Ted Pilgrim, Brian and Gary from the Intoxicators, Tim from the Reverburritos and others, this is not a surf supergroup. This is an exotica group, and there's even less noticeable surf guitar than on previous releases they've done. Don't approach this like Tikiyaki Five-O, expecting surf covers of exotica, this is exotica enough that the surf musicians are really my only excuse for reviewing it. It... END_OF_DOCUMENT_TOKEN_TO_BE_REPLACED

The Hang-Ten Hangmen - After the Storm EP 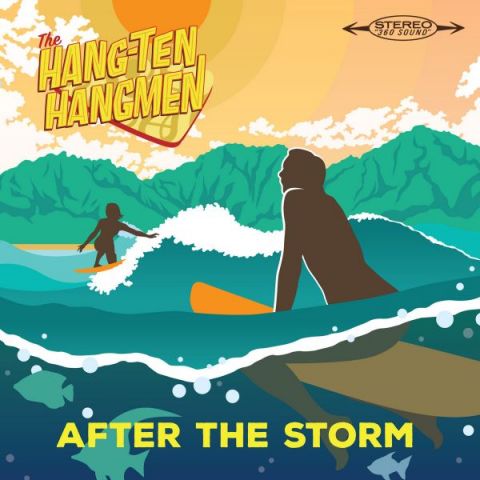 I have some old EPs from The Hang-Ten Hangmen dating back to 2010, playing trashy lo-fi surf with a bit of a dark edge to them. They turned that around with their much more bright and bouncy EP "Destination Saturn", which had some great expensive-sounding production and beach party vibes. They followed that up in 2018 with their LP "This is Boss", which doubled down on the party feeling with big foot-stomping vibes, sax, and keeping guitar tones fairly clean. 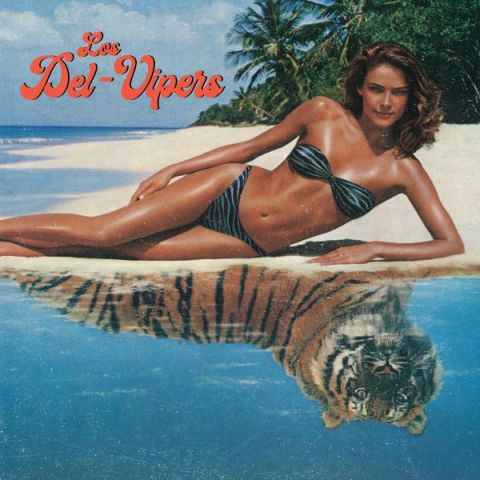 The Del-Vipers shot out like a rocket with their debut LP Terror of the Del-Vipers, then carried that momentum onto the more musically diverse EP Cannibal Safari. So you might be a little a little startled by how unstartling this album starts: with with friendly, sweet Shadows-ey guitar. On their second LP, The Del-Vipers have crafted a much more global, expansive sound that does more than just rip... but also still rips. 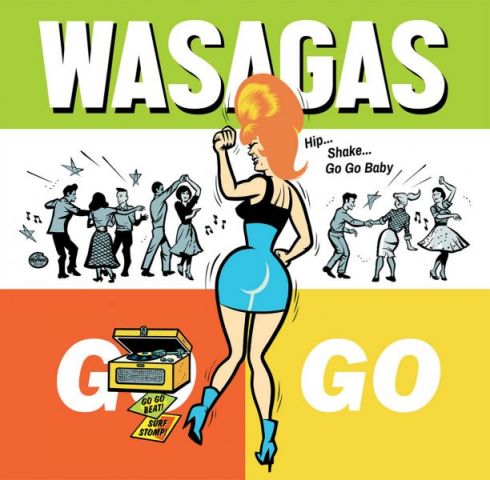 Well I thought today would be Bandcamp Friday. I typed up this whole article and then checked isitbandcampfriday.com and apparently the next one is in September. It's nice to have a roundup of reviews anyway. Here's some notable stuff to come out since the... END_OF_DOCUMENT_TOKEN_TO_BE_REPLACED 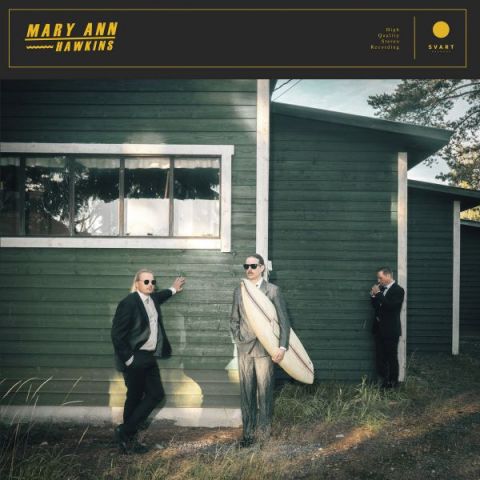 I'm glad I caught this one, as the name doesn't exactly scream surf. I mean, maybe you knew that Mary Ann Hawkins was pioneering surf in the 1930s. Maybe you knew about their two previous EPs (one on... END_OF_DOCUMENT_TOKEN_TO_BE_REPLACED 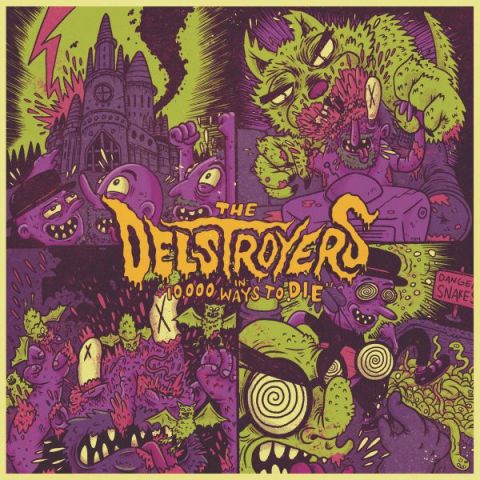 I remember when Northwest surf guardian Thom Head said I needed to listen to this local Seattle band The Delstroyers, and made sure I got a copy of their first EP. I remember hearing it and thinking he wasn't kidding. Since then it's been a lot of fun watching them go on to do bigger things. They released a blast of a debut LP, put out a cool 7" on Hi-Tide, and I've seen them play on two US coasts -- my then-unborn son even started kicking along to a pre-SG101 show, the first time he'd done... END_OF_DOCUMENT_TOKEN_TO_BE_REPLACED 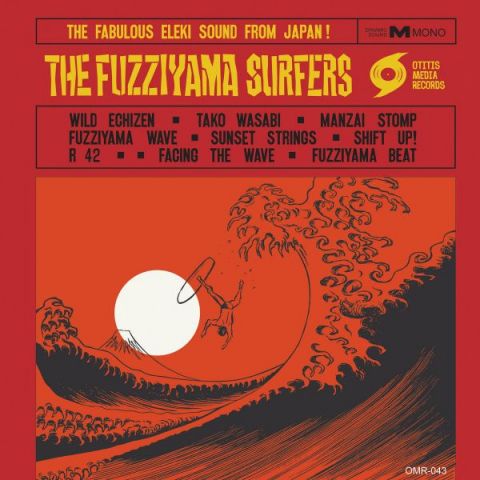 As global as the surf scene is today, I feel like we only get glimpses of what's happening in Japan. You hear about how tiny villages have "Ventures" bands, we know about eleki, Surf Coasters, and from what I hear it's a great place to tour playing surf music -- with all that in mind there must be more than the likes of The El Caminos, The Royal Fingers, Mach Kung Fu, 5.6.7.8's, Toni OK, Rat Holic, The Routes, Lulufin the Woohoo and Switch Trout. After all, those bands are all REALLY GOOD.... END_OF_DOCUMENT_TOKEN_TO_BE_REPLACED 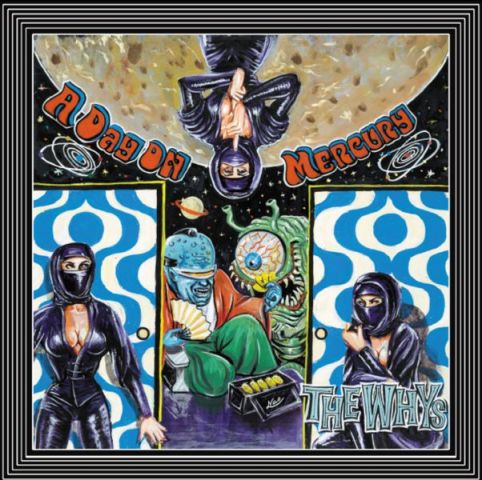 I haven't done one of these in a while! It's another Bandcamp Friday, where Bandcamp skips its cut of sales and passes them to the artists. It's been a packed April, and full of lesser-known names to boot, so it's a good time for me to get back to sharing my finds. Here's some standout releases that I noticed, and I probably forgot some too. This is only April and early May releases, even though there was some great stuff in March too, and I they're super short since I wrote this whole thing... END_OF_DOCUMENT_TOKEN_TO_BE_REPLACED 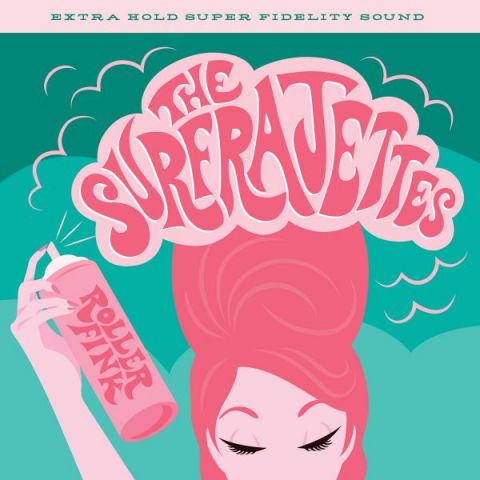 The Surfrajettes are the biggest ambassadors of surf music to emerge in a while, largely stemming from the viral success of their "Toxic" youtube video. I've caught them being played on my radio station by other DJs, several friends have sent me the aforementioned video, and my friends at a record store alerted me to this album being in stock when I walked in for Record Store Day without my asking. Of course in the internet age no attention is ever purely good attention, and surf... END_OF_DOCUMENT_TOKEN_TO_BE_REPLACED 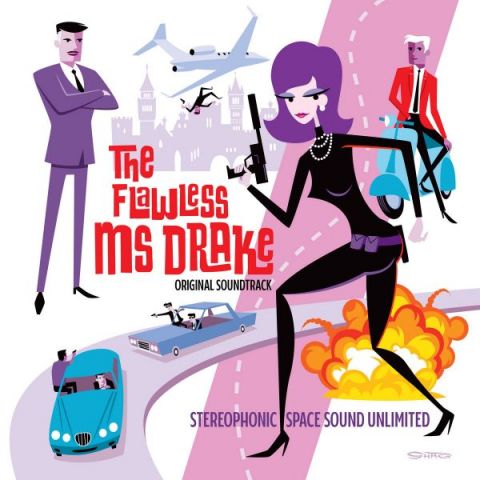 SSSU's unique blend of surf and lounge (for lack of better description) have been a beloved facet of the surf ecosystem for 25 years. However, though I think they never lost a step, their more recent efforts felt a little "library" (again, for lack of a better term). A little more genre-expansive, experimental, and a little less guitar. I always thought it was probably all they could do to keep from going stale, and they did it well.

To say that Flawless... END_OF_DOCUMENT_TOKEN_TO_BE_REPLACED

Now That's What I Call Surf! Volume One 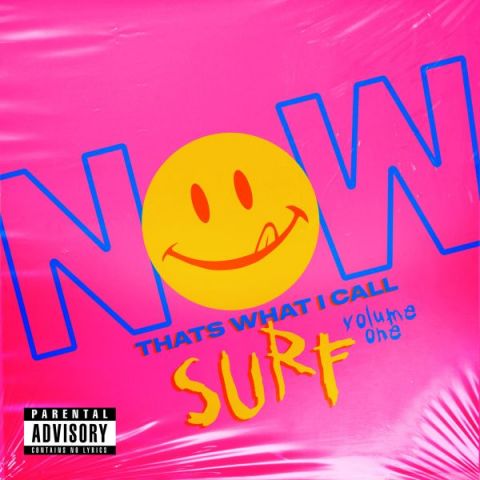 I should have seen this coming. There have been plenty of surf cover bands and surf cover albums. I've seen a few covers of modern songs by bands like The Flaming Lips. The New Waves released an album of 80's surf covers, and that was pretty fun.... END_OF_DOCUMENT_TOKEN_TO_BE_REPLACED 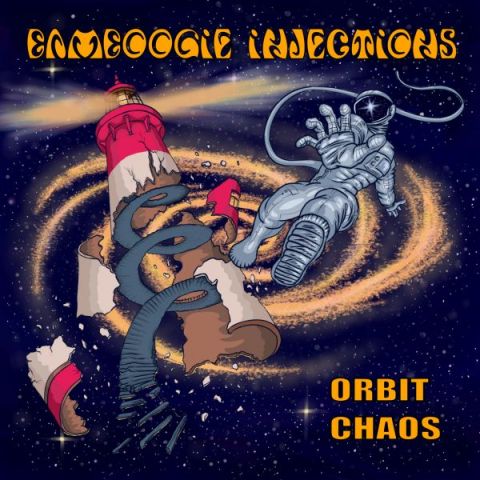 Once again, today Bandcamp isn't taking a cut of purchases made on their website which makes today an excellent day to stock up on surf records. They got a little mysterious on us -- apparently June didn't have one and instead had a special Juneteenth event. I don't know if there was a July one, but in any case I have a lot to catch up on since the last one of these I did was May. That was so long ago we have a whole new coronavirus

Before I get started, there are... END_OF_DOCUMENT_TOKEN_TO_BE_REPLACED 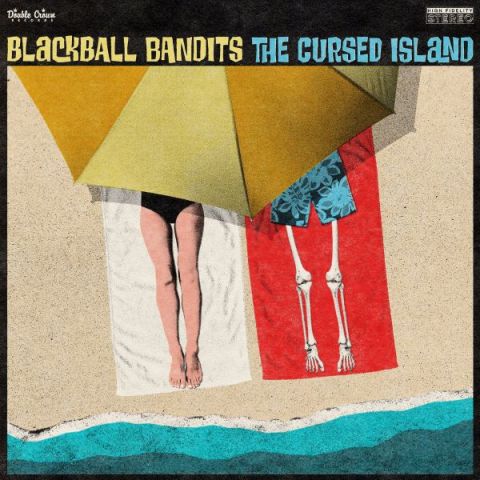 Just about everything I've written about this band has something talking about how I thought they were special when I first heard some demo EPs on bandcamp years ago. And I can't think of a better intro, so looks like I just did it again. But at this point I think I need to retire the narrative of ascending stars in the surf scene. Their first LP on Double Crown, The Lost Mission, was excellent and even found its way into the... END_OF_DOCUMENT_TOKEN_TO_BE_REPLACED 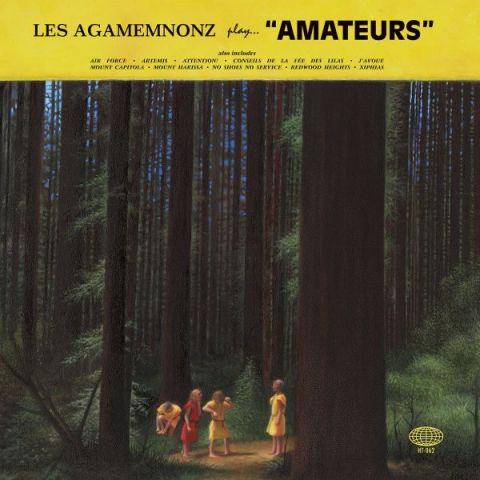 I'm hard-pressed to think of a current surf band that's as straight-up delightful as Les Agamemnonz. Their image is outwardly ridiculous, robed in colored tunics and barefoot, coupled with some of the most inventive stage antics and a simply joyful attitude when playing.

To be a goofball is not necessarily to be an idiot. Balancing this out are their strikingly thoughtful recordings. Amateurs in particular feels equal parts big and small, ambitious but humble, and I think they're even... END_OF_DOCUMENT_TOKEN_TO_BE_REPLACED