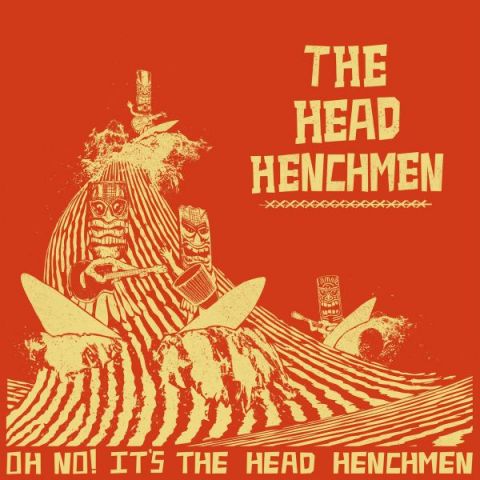 This music isn’t about commercial success, so just about everybody’s in it for fun. So it feels kind of wrong to judge a band by how much fun it sounds like they’re having, but damn if these guys don’t sound like they’re having a little more fun than the rest.

The Head Henchmen are a pretty traditional surf group and you’ll hear a lot of very familiar licks, but they have a great sense of why they’re used. The percussion is a huge... END_OF_DOCUMENT_TOKEN_TO_BE_REPLACED 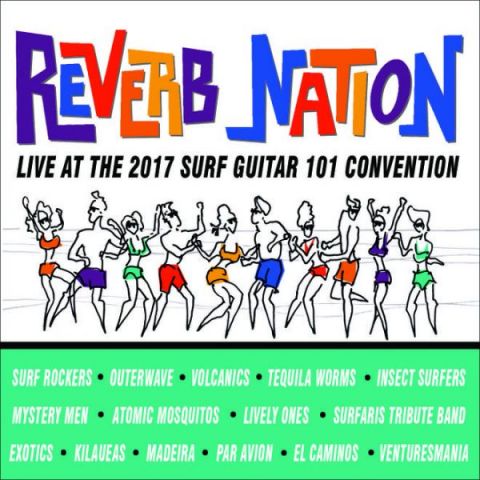 For those that got into surf somewhere after the 80’s and before bandcamp, compilations were key for exposure to more surf groups. That’s slowed down significantly, with only a handful of notable ones in the past few years (off the top of my head Brave New Surf and Monsters of Surf). Reverb Nation serves a dual purpose of commemorating a great lineup at the Surfguitar 101 convention (the tracks are mostly in the same sequence of the performances) and as a... END_OF_DOCUMENT_TOKEN_TO_BE_REPLACED 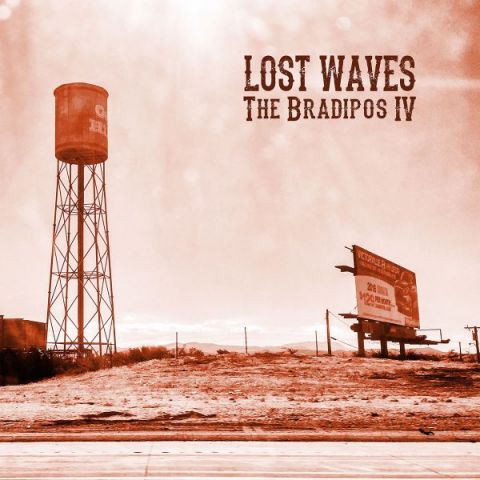 In 2016 The Bradipos IV after 11 years The Bradipos IV released their comeback record The Partheno-Phonic Sounds Of… It was a great record, and gauging by the hype at Surfguitar 101, a lot of people agreed. Thankfully we didn’t have to wait very long for the next one.

While Partheno-phonic was comprised of traditional neapolitan songs, the new record is a bit more of a straightforward instro record, especially as they tend to be today. That means a few covers, some dipping into other... END_OF_DOCUMENT_TOKEN_TO_BE_REPLACED 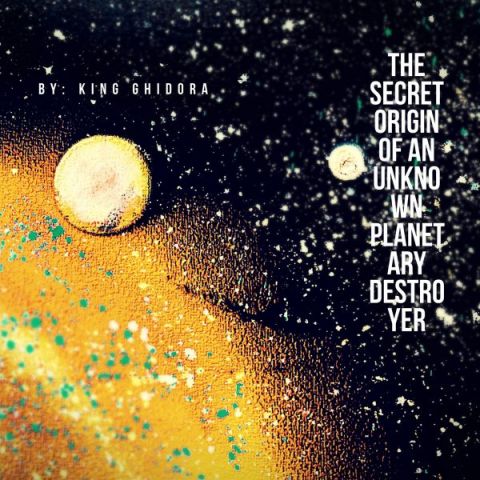 In surf music we don’t deduct points for being derivative so I’ll go ahead and confirm what you have already deduced from the album art: there’s a pretty heavy Man or Astro-Man? influence here But who among us thinks that the universe couldn’t use another Project Infinity? That’s basically what’s going on here: not so much the experimental, sciencey side of MOAM but the loud guitars and punk energy.

“Punk energy” is a hard thing to quantify, but the important thing... END_OF_DOCUMENT_TOKEN_TO_BE_REPLACED 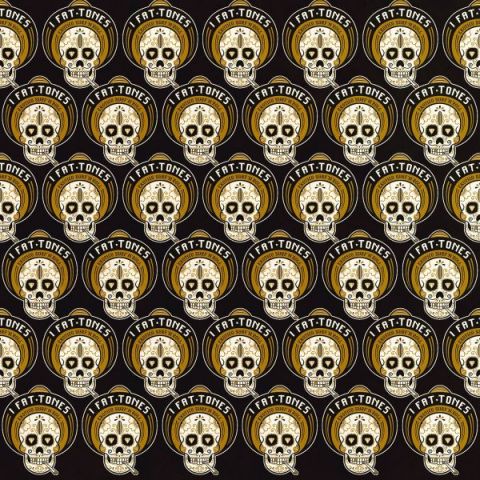 We are gathered here as worshippers of the vibrations of the guitar string, but stand before you today telling you that good surf music can be made with the guitar firmly relegated to a supporting role. Many of you may be quick to cry heretic, but the elders know that the saxophone was once a very respected rock & roll instrument, including in the surf realm.

The saxmanship displayed here is, I think, palatable to even the most skeptical surf fan as the energy... END_OF_DOCUMENT_TOKEN_TO_BE_REPLACED 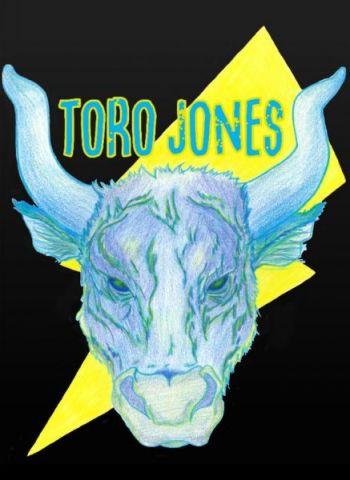 Always cool when somebody that listens to my show shows me their music, and it’s especially cool when it’s good! This EP comes out swinging with “Bat Outta Hell!” and “Bone Vampire” which have a Huevos Rancheros vibe except with a beefier low-end. Then “Lighthouse Point” cools it off a bit, reminding me strongly Los Straitjackets’ classic “Close to Champaign”. Then “Noche Sin Luna” goes for the creepy vibe before a cover of Sandy Nelson’s bouncy “Big Noise from the Jungle”. Then... END_OF_DOCUMENT_TOKEN_TO_BE_REPLACED 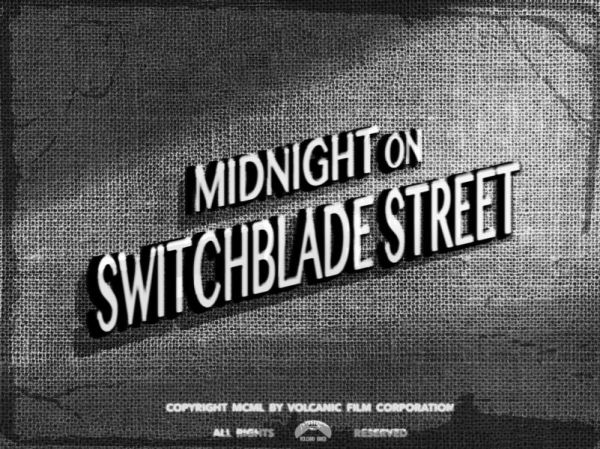 If I’d have known that Volcano Kings were going to release three more EPs after what they already released earlier this year, I would have rationed my hyperbolic praise for them to span the next review. I don’t know much about them, and though they label themselves as a group that makes soundtracks (among many... END_OF_DOCUMENT_TOKEN_TO_BE_REPLACED 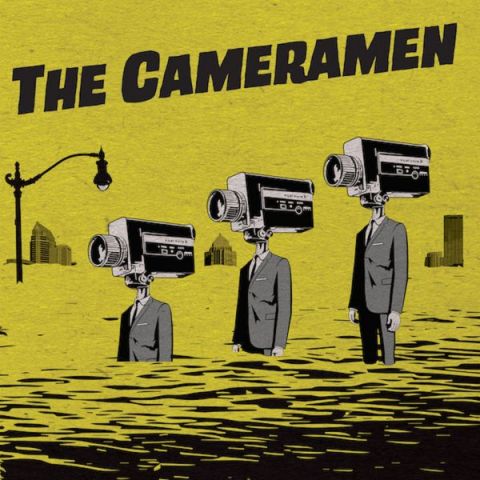 The first track of Sunken City gives you a good cue of the album to follow: atmospheric lead-in giving a sense of setting and narrative, some vocals reinforcing that, then breaking into unmistakable surf guitar.

But yes, vocals. I usually focus on entirely instrumental bands but I think this is a pretty palettable approach for a surf fan, with a vocal style that sits somewhere between Boss Martians and Man or Astro-man. It’s hard to describe, but the vocal stylings... END_OF_DOCUMENT_TOKEN_TO_BE_REPLACED

Frankie and the Pool Boys release Spin the Bottle 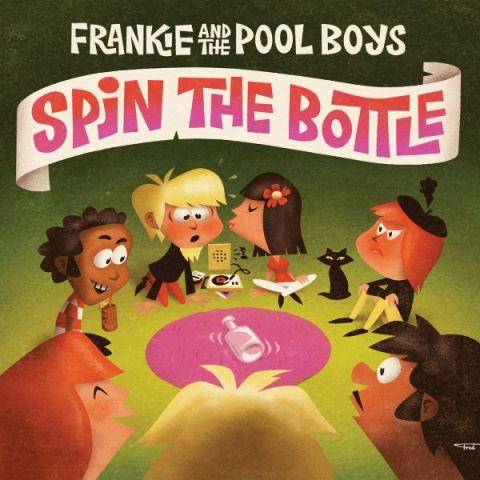 Frankie and the Pool Boys are still allowed to be a called a supergroup (because they’re super!), but I think they’re done being a side project. For one, they’re a band now -- a core group of members playing on every song instead of a hodgepodge gang of guest artists. And at three LPs they’re starting to rival or exceed the output of some of the bands their members were known for.

The Madeira release Center of the Surf 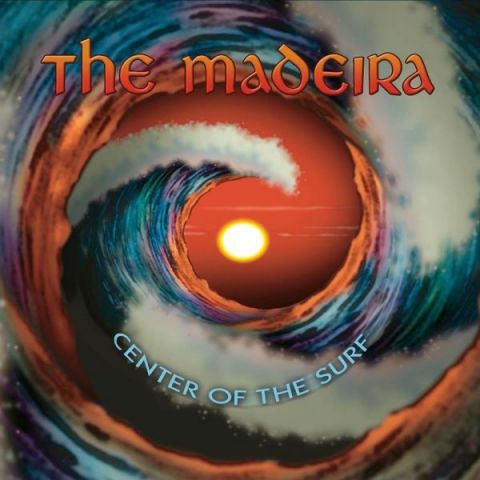 Center of the Surf is a live recording of surf giants The Madeira playing at the 2017 Surfguitar101 Convention in Torrance, CA: essentially the center of US surf music fandom and surf music history. Present in the audience was Mark Linett, a 3-time grammy winning producer and engineer capturing it all.

Also present was me. I’ve already talked about that show and... END_OF_DOCUMENT_TOKEN_TO_BE_REPLACED 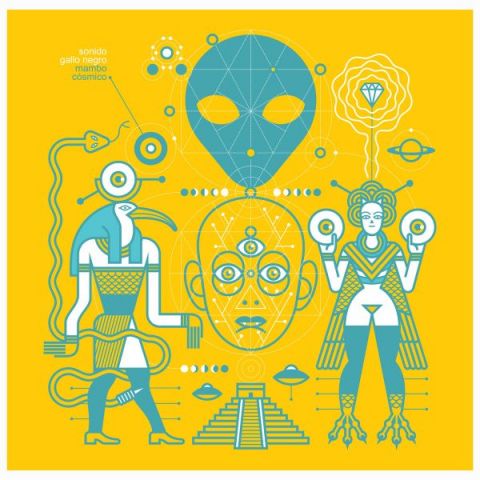 Sonido Gallo Negro isn’t a surf band but I’ve noticed that they’ve got a lot of surf fans. After months of drifting around on Spotify, their third LP has finally seen a proper release.

Let’s back up a little bit. In the late oughts Barbes records released the Roots of Chicha compilation, which brought attention to the chicha music of Peru. The folks behind this compilation were in a band called Chicha Libre and released their first LP Sonido Amazonico, named after the Los Mirlos... END_OF_DOCUMENT_TOKEN_TO_BE_REPLACED 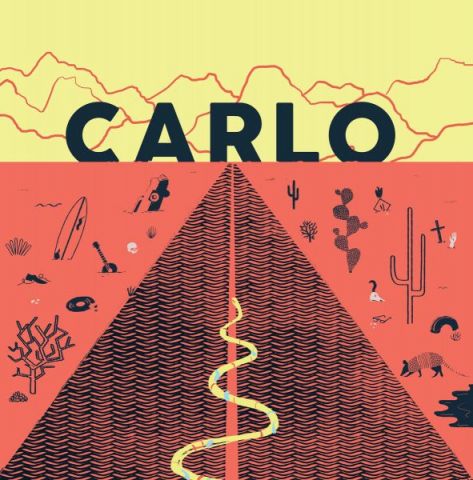 Go to their bandcamp page and it says released January 18th and I've been listening to this one since then, but they told me their album release date was March 30th so I waited a bit. With that extra time I've been trying to nail down what it is I like about CARLO but it remains elusive. It's hard to even pick out a real standout track, as I've found this record is best taken as a whole. It's the mood really, laid-back and adventurous at once, like a day trip to a swimming hole. While... END_OF_DOCUMENT_TOKEN_TO_BE_REPLACED 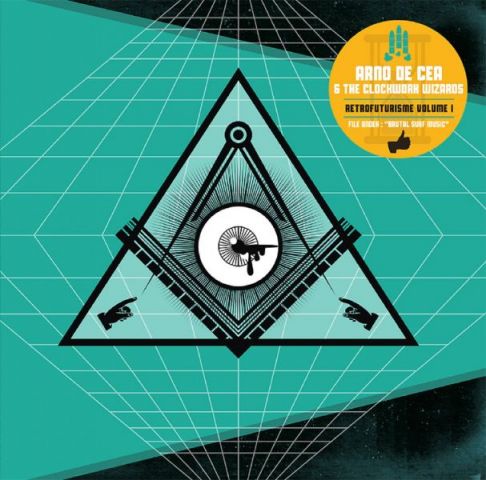 A new album from Arno de Cea and the Clockwork Wizards is a stop-what-you’re-doing thing. He’s on top of his game and delivering a surf sound that nobody else has. But admittedly, two tracks in I found myself a little apprehensive about writing this review. What more is there to say about his nearly-perfected, patentable Brutal Surf? After two albums of the stuff, are there any worlds left to obliterate? 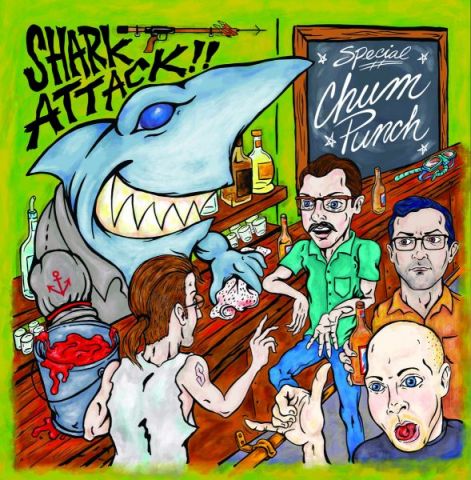 New Orleans’ instro scene is a weird one but as of lately a surprisingly active one. We’ve seen releases from surf punks The Bills, the au naturale Quaketones and the unnatural... END_OF_DOCUMENT_TOKEN_TO_BE_REPLACED 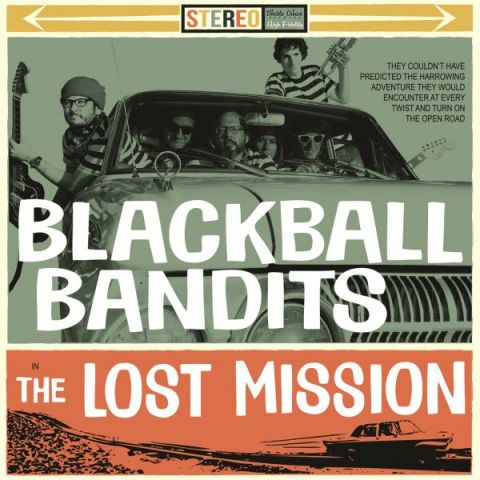 It’s been great watching Blackball Bandits find their way from a couple of bandcamp so-called-demos to a proud members of the Double Crown roster (and featured on the soundtrack to a remake of one of my favorite games). They’ve done a great job of retrofitting retro surf feel and attitude to more modern surf song structures.

The Lost Mission is... END_OF_DOCUMENT_TOKEN_TO_BE_REPLACED 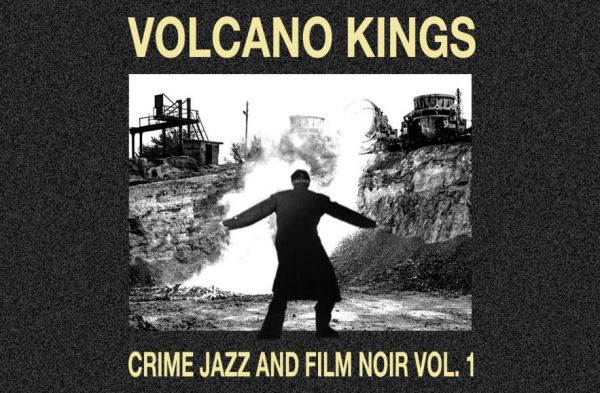 Everything Volcano Kings has released has warped surf in exciting ways and done so in such an expert way that it seems like it must come easy. Despite the title, this is surf guitar before it's crime jazz and noir, but it you can find that pounding forward-moving drive of crime-jazz and some smoky mystery from a noir. But then you've got "Mechanical Beast" like some sort of steampunk wild west soundtrack and some cyberpunk electronic mayhem on "Night Life". They're all over the place, but... END_OF_DOCUMENT_TOKEN_TO_BE_REPLACED 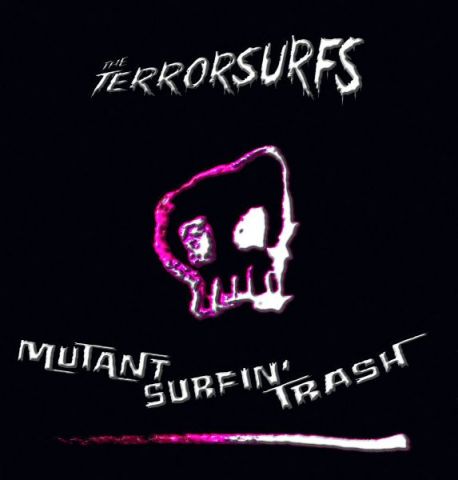 The Terrorsurf have a new LP of trashy surf tunes and even pressed it to vinyl. Bands with a lo-fi sound like theirs often seem like a weird fit for vinyl but it turns out this is a bit nicer of a sound than they had on their 2016 debut under this name. They’re not really lo-fi anymore (they claim to be Zombiphonic Hi-Fi) and they’re better for it: it’s still got a punk momentum and it’s still usually dealing in a low, scummy mood (but not always!). They’ve also added a second... END_OF_DOCUMENT_TOKEN_TO_BE_REPLACED

Hypnotide releases The Ninja and the Sea Monster EP 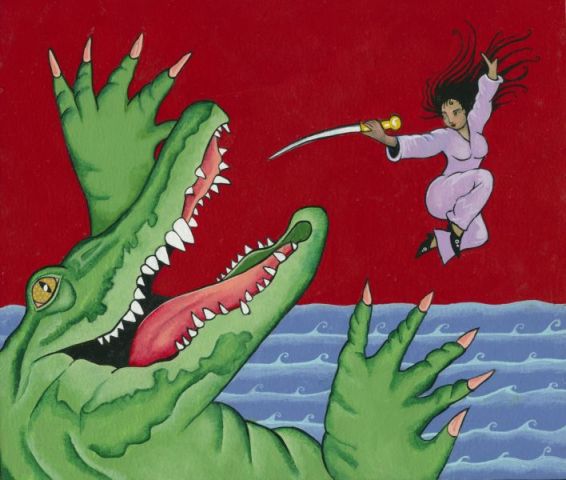 Hypnotide's debut LP Landlocked was a surprise favorite from 2015. With only 6 tracks, Hypnotide can't possibly show the same flexibility with their sound that they did on the LP,... END_OF_DOCUMENT_TOKEN_TO_BE_REPLACED 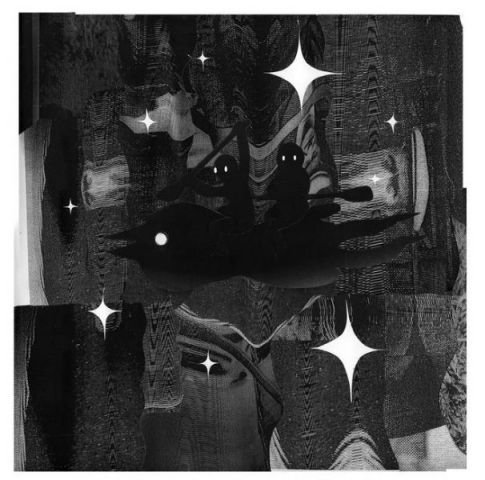 After 6 years without a release, Y Niwl (pronounced Ur Nyool) have emerged with a new sound. For lack of better terminology, it's a bit more "indie' with guitar tones more in-line with modern music and with the keys (still prominently featured) expanding to different tones as well. I like it. They keep their whimsy from earlier works but have moved into something a little more expansive sounding.

This album is a bit front-loaded, slowing down and perhaps even reverting to a more... END_OF_DOCUMENT_TOKEN_TO_BE_REPLACED

The Irradiates release Lost Transmissions from the Remote Outpost 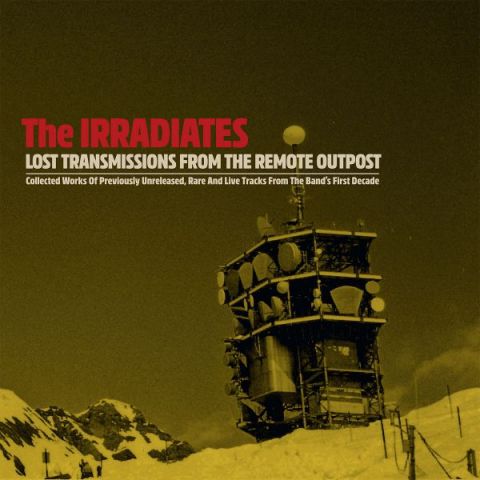 It's been 4 years since The Irradiates' last LP Revenge of the Plants and though we've had some Arno de Cea & the Clockwork Wizards albums to keep us happy in the meantime, it might be a little disheartening to see that this is a collection of rarities, unreleased tracks and live cuts if you were expecting an album.

Do not be disheartened. This will absolutely serve as the Irradiates LP you've been waiting for. The opening track should convince you... END_OF_DOCUMENT_TOKEN_TO_BE_REPLACED