Well I thought today would be Bandcamp Friday. I typed up this whole article and then checked isitbandcampfriday.com and apparently the next one is in September. It's nice to have a roundup of reviews anyway. Here's some notable stuff to come out since the last one of these I made.

First of all, two that I've already reviewed that I'd highly recommend:

This is going to get a big long review later, but to keep it brief for now, this is a much more expansive definition of this group than we've seen before, pulling in a wide array of influences across the instrumental stratosphere, not to mention a wider set of instrumentation. If you want aggression, it's on here, but this is much more tonally complex than what we've seen before. A great record and a deep one!

I loved The Wasagas' last LP, and these tracks are on par with the best on that record. Three fun party songs, one cool one, good sonic variety between them. Great stuff. 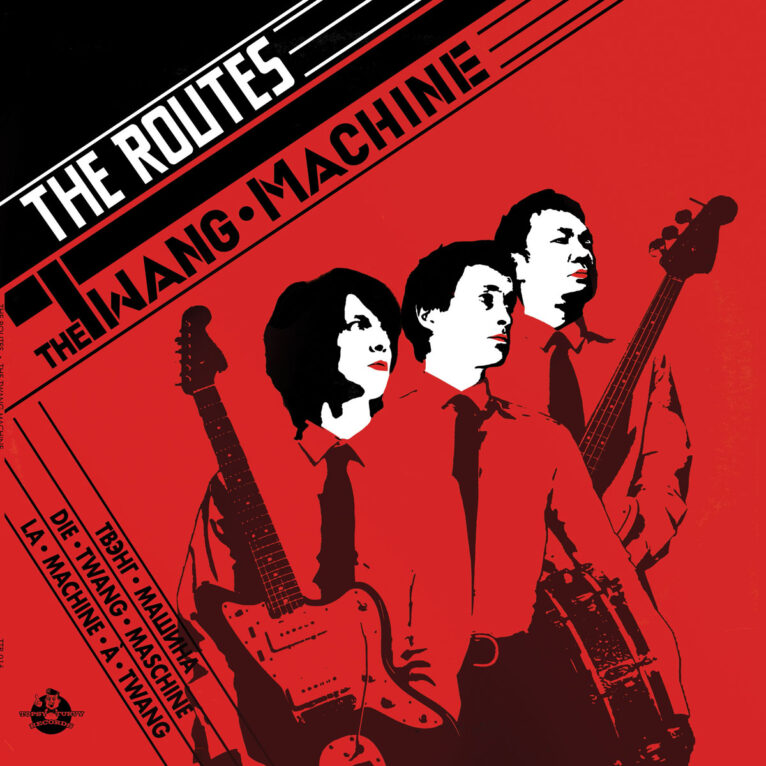 Well if this isn't a bandcamp friday, I see no reason to limit myself to bandcamp. I've gone on record saying that somebody should make a surf Kraftwerk tribute. There have been a TON of covers of "The Model", but give Señor Coconut a listen and it'll be clear that the machines are only part of the equation: there are some great, simple melodies. Then The Routes, hot on the heels of three releases in 2021, release an entire LP of Kraftwerk covers. How do they treat it? I'm happy to report that nothing is sacred, smashing Kraftwerk's precise and polite sound with sloppy guitar and swingin' rhythms, even giving "Showroom Dummies" a galloping Western feel.

This is not on Bandcamp at the moment but the vinyl is available through Soundflat and Topsy Turvy in Europe, with CDs on the way through Double Crown and Otitis Media. It's apparently up on streaming platforms for some places, but at the moment I had no luck in the US. It'll get there soon enough though.

The Surf Hermits' debut Hang Zen had a lot of fans last year and I expect them to be even happier with this one (even if the song titles aren't Star Wars themed this time). Modern surf with a big focus on guitar, progressive songwriting, and a strong momentum.

LHD - Off the Grid

All three members of this group were formerly in Bambi Molesters. However, This definitely is another animal, with a bit more of a jazzy, swanky vibe to it.

I've been sneaking in an Amphibian Man song into all of my last shows as a small show of support for Ukraine. Now I can play these guys too! ChuGuysters play punchy power surf with some creative touches sprinkled in. All proceeds after manufacturing costs support Ukraine, and I'd still pick this up even if that weren't the case.

The MES - They Like to Watch Everything You Do EP

More great aggro surf from Finland. Thrashy, frantic sound. I'd love to hear an LP from them.

20 British Surf bands for what works out to $7.55 yankee dollars. Admiteddly I haven't fully gone through this one yet, but it's hard to go wrong.

The Sparks Boys - Do You See the Sea

These guys have put out three great EPs in the past few months, leaning towards rockabilly instrumentals with a lot of honking sax. This record, however, is pretty explicitly traditional surf (though still with plenty of honking sax). Great stuff, with a wild, party attitude.

Great Italian modern surf with a sense of showmanship that feels like they can't help but play a little fast. There's a few psychedelic tendencies that find their way in but they never lose that quick pulse.

I feel like a cumbia record always finds its way into this list, but these Brooklynites are a standout I think. Their cumbia is inventive and irregular and the track "Surf en CDMX" is a rare surf song with some prominent accordion. I hope to hear some more from these folks.