I've been snatching up old Sir Bald LPs in Discogs not even realizing that he was still pumping out new stuff. Sir Bald Diddley is a favorite for trad-style surf instrumentals that still have that 60's teenage grit and with his new outfit The Ripcurls you can expect more of that great sound and attitude.

Brazil's The Mullet Monster Mafia have been busy! Earlier this year they released a vinyl picturedisc called "To Mega Surf", which is a reissue of their first two albums. They also just recently (I'm a few weeks late!) released a 7" called Surf n' Goat on Drunkabilly Records in advance of a huge European tour that's underway right now. Even saw one date with Demon Vendetta... that's a pairing I'd love to see!

For a while this one was only available in person or in Spanish record stores, but it looks like there's now a few more options. They don't drop their excellent surf twang, but they head out for that lonely, desolate western tone and pace. More quality stuff from a quality group.

It's been a good while since Los Plantronics' excellent 2011 LP "Organic Voodoo Soup", so they've gotten the ball rolling again by releasing a new 7" called Shortnin Bread. The namesake of the 7" is the same Shortnin' Bread you've heard plenty of times (with vocals) but it also includes "Navajo" which is exactly the sort of big-production high-energy surf I love to hear from these guys.

There's a video for Shortnin Bread on the way, but perhaps more importantly they've promised an LP called "Surfin' Times" later this year!

Mambo Jambo are not a surf band. They've got a sax heavy sound that seems to be aiming straight for the sound that record collectors have collectively dubbed "tittyshaker". There's also some definite jazz and exotica bits to it too. If, like me, they only recently walked into your mental library of instro groups, they've convenvienly put a good chunk of their library on bandcamp.

You can give Esquivo a listen here or purchase it online

Based on this and the Speedball Jr 7"s that came out in 2014, there must be some sort of discount going on at a record pressing plant for doing 2 different 7"s. Nobody's complaining though! Russian weirdo surfers The Messer Chups have kicked off 2014 with two 7"s named Jokermobile and Church of Reverb 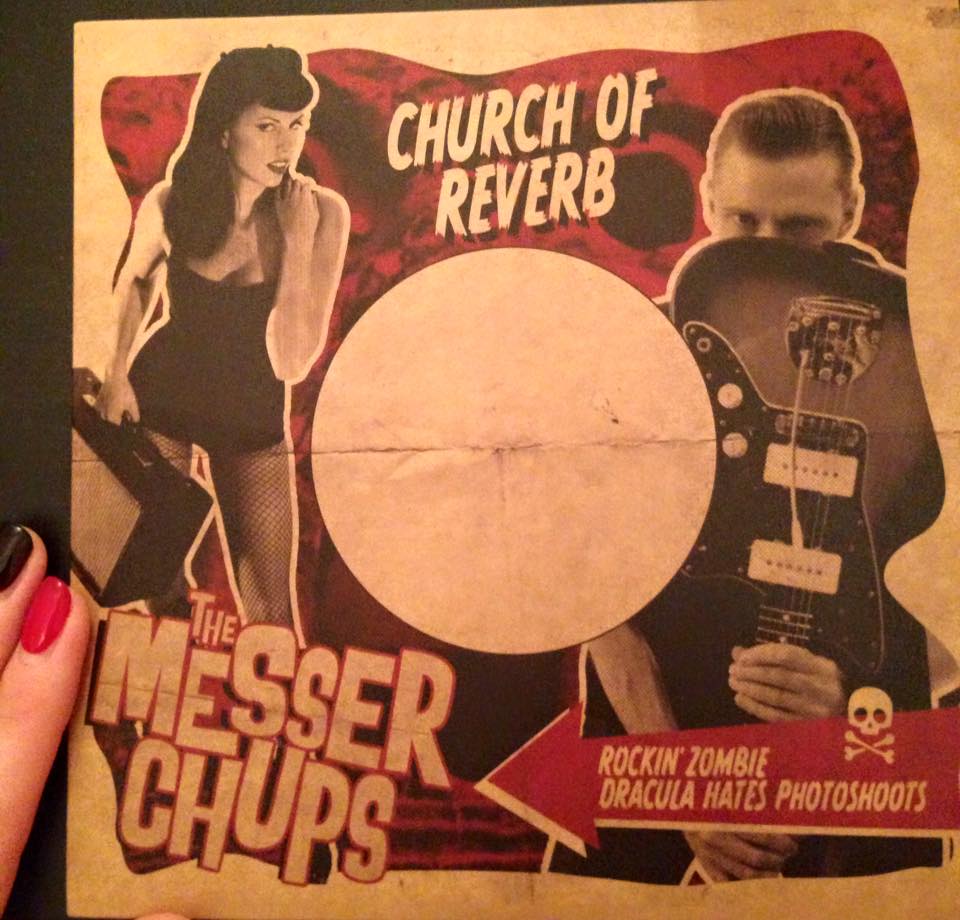 North Carolina's Krektones have a new 7" with 4 swaggering, saucy intrumentals full of danger. A lotta trumpet in here, which you don't see all that often, backed up by some raw and ragged guitar. You can preview it and purchase it on bandcamp

Belgium's Speedball Jr play some of my favorite aggro-surf songs, so it's cool to see them join a member of everybody's favorite pre-punk group The Stooges to play some Stooges classics: "Loose" and "1970".

They've got a preview of Loose up on Youtube, and you can grab the real thing over at Drunkabilly

Just lookit that cover art! I love it! Aloha Screwdriver have released a new 4-song EP on purple and black vinyl. They've got one of the tracks on soundcloud and it's nice and punchy.