This category is for surf groups that represent the state of the music today. They're not focused on sounding authentic, they're about making a good surf record while accepting and incorporating the roughly 60 years of music history that happened since the birth of surf music. This description covers most surf bands releasing music today, and it's always really difficult to choose a winner. I cut a lot of great records from this list just to bring it down to this many -- easily the largest category this year! I feel that all of these albums are at the same level as each other, and I'll happily recommend any of them to anybody. Moms I’d Like to Surf - Beach Control to Major Knob

Some people act different and some people just are different. Moms are using the same instruments as everybody else, they’re not smothering them with strange effects pedals, they’re just cranking out instrumentals that sound different from everybody else’s. Surf has its tropes and we use them because they sound great, but Moms throws the rule book out and creates a new set of instrumental sounds that work very well, with different rhythms and excellent guitar work. Refreshing and challenging stuff from a great band. 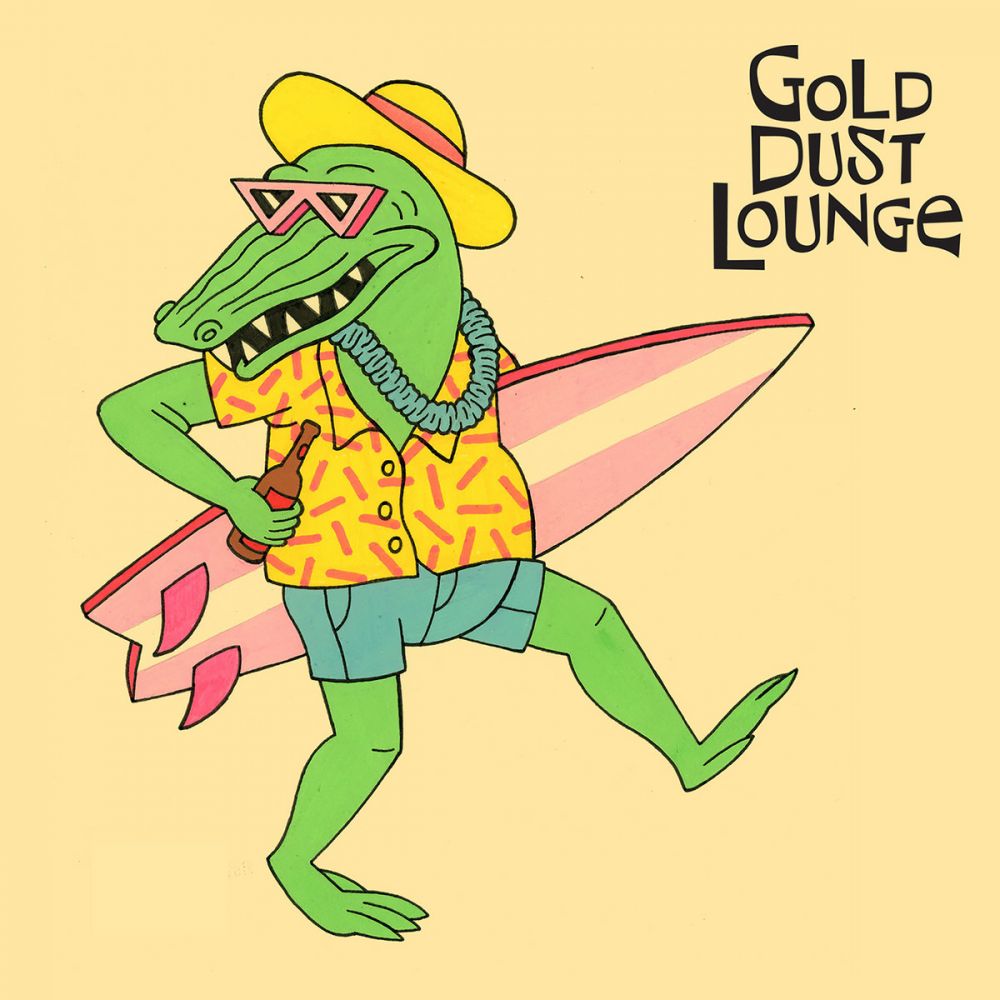 Initially the low-ambition attitude of this band didn’t catch my ear, but this record has grown on me considerably. As somebody that takes frequent trips to The Sunshine State, I needed to stick a Florida state of mind onto it for it to click. This isn’t a surf record for big breakers -- more beer by the bonfire and the mystery of dark nights by the coast. Don’t listen to this record… instead put it on and let it seep in. I had to correct my mindset a bit here. It became clear to me very quickly that I wasn’t getting the same impact from this record as I did from the Gremmy-winning El Sonido Que Perdura. It’s a different vibe, perhaps less flashy and bursting with light, more of a warm and nostalgic vibe (though when performed live there’s nothing low-energy whatsoever). But it’s clear that this is the same band with the same creative workings, and the same strengths -- they’re still very full of ideas and positive energy. All of these songs are fun and memorable, and though it remains my second favorite album of theirs, it’s a pleasure to listen to. Clean tones and good melodies. Though, The Tourmaliners let a few modern influences creep in, they’re clearly just a loud-and-clear Surf band. They teeter between easy beach-friendly songs (sometimes with acoustic guitar) and white-knuckle pounders, and they do both with ease. This wild ride of different rhythms and influences comes across as a big colorful celebration. Admittedly the surf influence is buried deep down there at this point, but it’s an evolution from that source, and a butt-shaking good one at that. This group has grown so much, and this is a proud showcase of how far they’ve come. Gigante Panamericana is easily one of the most unique records of the year, but the appeal is immediate. While their first album No Sweat may have flown under your radar, this one is too much of a treat to ignore. Their sound is perfect, loud and reverberant with sharp teeth when they need them. These songs are agile and tenacious, creative and smart while unmistakably surf. It’s one thing for a record to not have songs you want to skip, it’s another to have nearly all of them make you think “hot damn!” 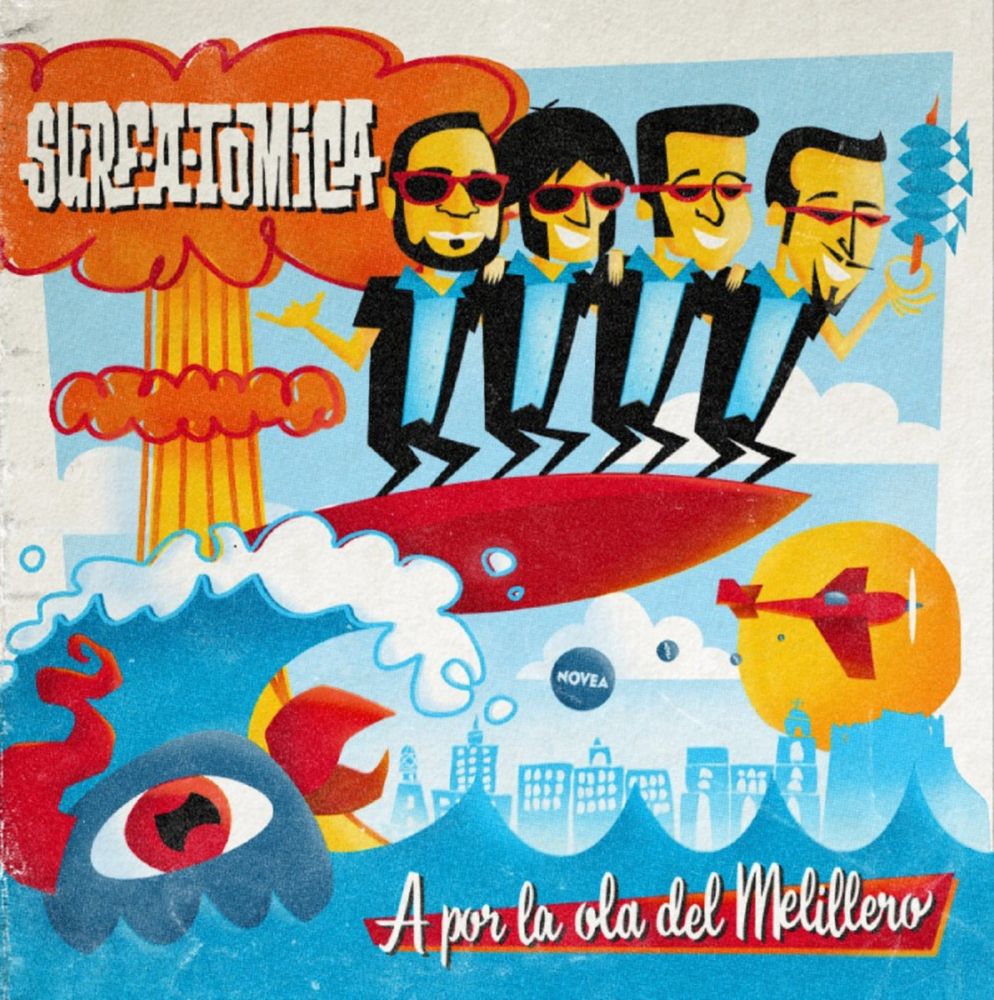 What a debut year from Spain’s Surf-a-Tomica! Two 7-song releases, both of them exciting from the first song to the last. Their frenzied attack twists guitars between each other while rolling them over with a growly bass -- it’s often overwhelming and hard to keep track of, but a propulsive drum beat keeps you chuggin’ through with a butt-shakin’ beat. There’s a lot of creativity and and great song-writing here, and it’s supercharged with a great energy. Both releases are equally great, though the second one has slightly better sound production, letting you differentiate instruments better. This record is a collaboration between members of The Aqualads, El Ray, Messer Chups and The Madeira put together over the internet. Any lack of chemistry from not being in the same room isn’t apparent, and the talents of these members in in full display. If anything, the record benefits from the heavy lift on the production side of things; there’s a thick atmospheric element to this album, a sonic world you can get sucked right into. The guitar sounds fill the space, glow and burst with light. While on the short side with only 9 tracks, each is a different and exciting approach. 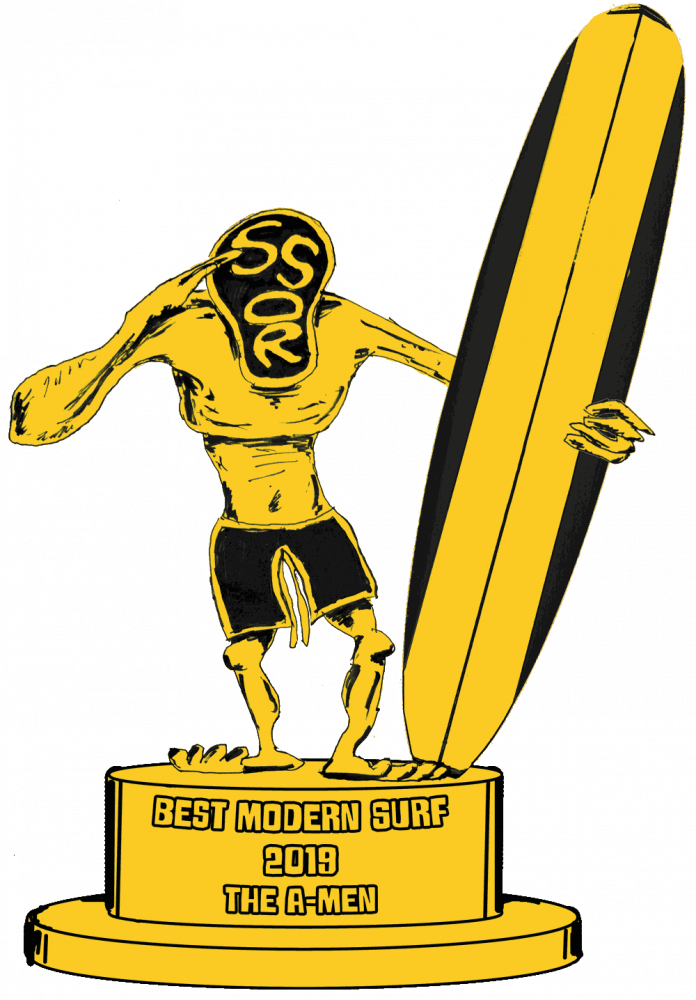