There's a few more items I want to draw attention to this past year.

Let's just look at the big three for instro

What a monster leap Deep Eddy has taken. Their roster used to be full of small names that often stayed pretty small, a lot of them Texas-based. That's been changing though: last year they picked up the Surf Zombies who released an album this year, and they found a diamond in the rough with The Derangers' Legend of Daphne Blue. Kill, Baby... Kill! showed us that they're still a threat with their Human Sounds vol. 1: only two songs but absolutely tremendous. The real coup though was their foreign additions: Greece's Dirty Fuse released Last Wave and the venerable Dead Rocks put out Surf Explosion, both of which were great records. And their mailorder continues to be top-notch, which this year included The Protons, The Abominable Showmen, Cutback, and Crazy Aces -- all for about as cheap as you can expect to find them.

Despite Deep Eddy's banner year, Green Cookie's name was on the Phantom Four (maybe my favorite record overall), El Ray (in the top 10), Los Cuchillos and they also released the new Dead Rocks. The Search for Atlantis was great too and Les Agamemmnonz was debateably a 2014 release. Simply put, every label put out great records, but Green Cookie put out my favorite records. And despite being on another end of the world, they've heartily embraced Bandcamp so I had no problem listening to them the instant they were released. 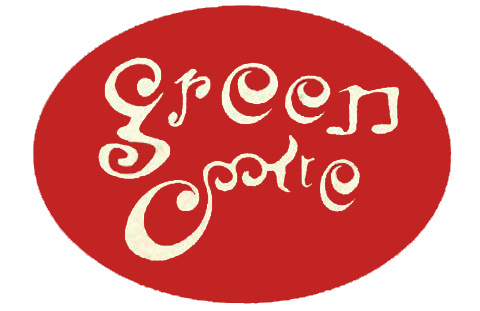 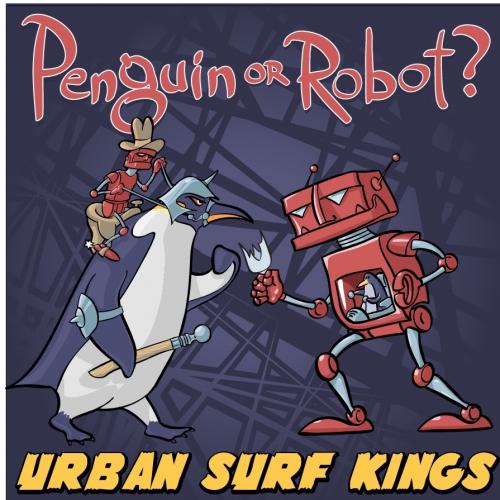 The Penguin or Robot 7" had a rough time coming to light after a number of pressing plant problems. By the time it was ready, so were a few more songs. Now, I think we all love it when you buy a record and get a download code with those songs on it. I think I've seen instances where that download had a bonus song or two even. But I can't think of a time when the other half of the record was download only. 4 Songs on the record, those same four plus four more in the download. Personally, I love it. 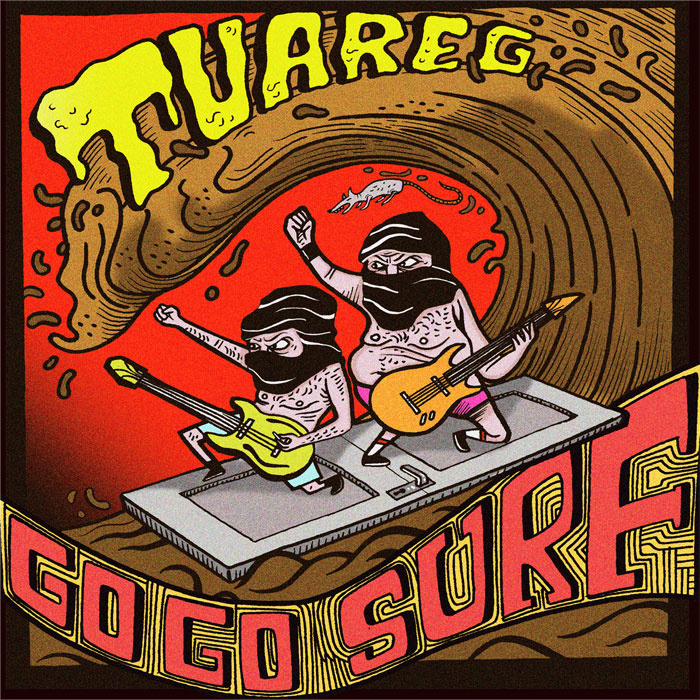 The weirdest part about this album with both members triumphantly and shirtlessly sharing a door surfing a wave of human feces is that this is the second time they've done it. I'd also like to give a shout-out to some weird ones from Tsunamish and Johnny Carbonaras. 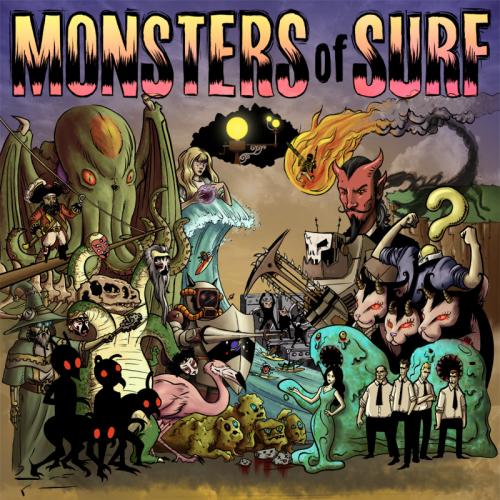 The name is right. This is possibly the loudest and heaviest surf compilation to exist so far, and the groups range from a lot of favorites to a number that I hadn't heard of. A great jump-off point for those just getting introduced. 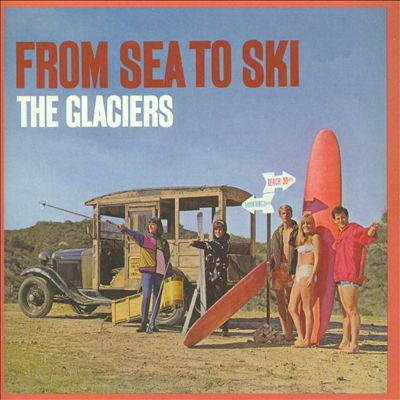 I've always loved ski/surf records and due to its rarity, I never figured this Wrecking Crew/Lee Hazelwood record would find its way into my collection. Rockbeat's treatment is pretty minimal, no special liner notes or anything, but that's fine by me. Rockbeat really seems to be trying to ramp up their surf releases, which unfortunately does not seem to be the case for Sundazed. 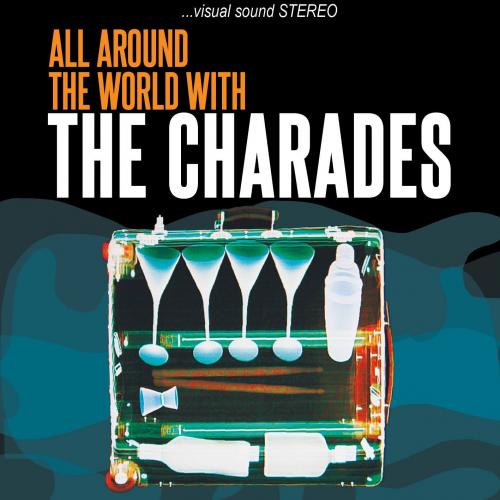 The Charades - All Around The World With

This is a hard category to review without listening to everything you own nice and loud, but I know that this one grabbed me right off the bat. I love that clear bass guitar sound really making a big large space. That's really what it's all about, right? The reverb cabinets are supposed to build a wall of sound and make it feel BIG! This record goes all over the place but always sounds good doing it. A few quick honorable mentions here: El Ray - The Evil Mermaid, The Phantom Four - Mandira, Danny Amis & Twin Tones - Supery Spy Western Tones all sounded great. I'm not going to lie people, a crappy thin-sounding record can turn me off to the entire recording. On the whole I think this is getting better in surf, I only heard a couple this year that were completely miserable.

If you've come here often you've probably realized how much I love Bandcamp. I love it because if I'm looking hard enough I can find so many bands that I never see mentioned anywhere, and I can usually listen to the whole thing, I don't have to wait for them to get to the states, and they're usually cheap to purchase. As I hinted at earlier, I got to listen to ALL of Green Cookie's releases this past year, despite their being based in Greece! I'm not saying everybody should joint he Bandcamp borg (I wouldn't complain either), but having some form of digital promotion is so nice.

It's not like this is a new concept: it's not even new for surf, but this year just about every record I wanted to hear was obtainable without huge overseas shipping costs.

Which leads me to the other half of the equation: mailorder. It's been around for ages, if anything it's gotten harder with higher postage rates, but Double Crown and Deep Eddy have been really stepping up their game. If it was overseas and I couldn't find it as a digital purchase, one of those guys would have it if I waited a little bit. It's hard for me to say if it's the same story in other nations, but at the very least the Surfer Joe Store seems like it's doing great work.

Choosing favorites is hard, especially for a community as small as this. There were LOTS of great releases this year that didn't make it onto any of my Gremmy lists. I don't have enough money or time to hear everything, and even then I can't really take it all in and appreciate them fully. And there were some that were always so close to making a Gremmy list but didn't. I was going to list some of them here but that may be more disappointing for all involved. Despite doing this radio show for years, I'm not used to making my opinion so nakedly obvious as I do on these lists, and it's really difficult leaving out records that I liked, including ones by friends. It's one of the reasons I don't do real reviews very often, and why I pretty much never do negative reviews in surf. So I guess I just wanted to explain that in this paragraph here, I hope you all understand what I mean.