Welcome to the first category of the first Annual Gremmy Awards, in which we'll line up what I consider to be the prettiest surf records of 2014. Any medium is fair game in both the artistic sense and the recording sense. There were a lot to choose from this year and a lot of great ones that didn't make the cut here. If you feel like something got overlooked, go ahead and leave a comment. By the way, given that this award is about art, I'm using the highest quality images I had on-hand, so be patient while it loads. 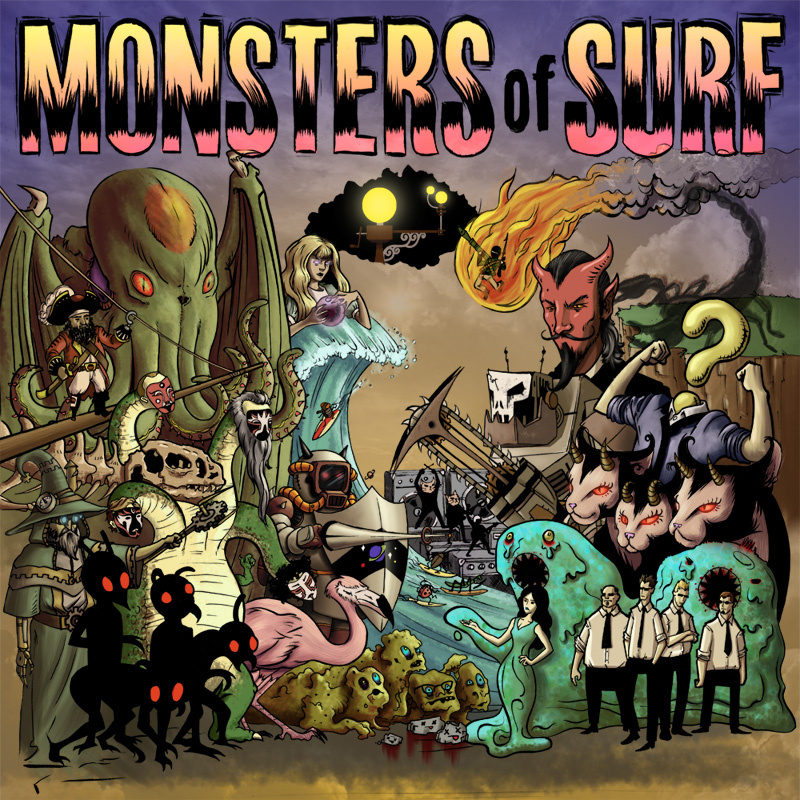 If I had a "Most Fun Album Art" category this would be the shoo-in. Every band on the compilation is represented on the cover as well as their name could be drawn. This was especially fun before the tracklist was announced; I went hog wild trying to figure out who was represented based on who I saw in the picture. For instance, there's some Dead Rocks at the bottom, A Mystery Man on the right in front of a Ghost Scorpion, a few Insect Surfers riding the wave...

Can we do all compilation covers this way? 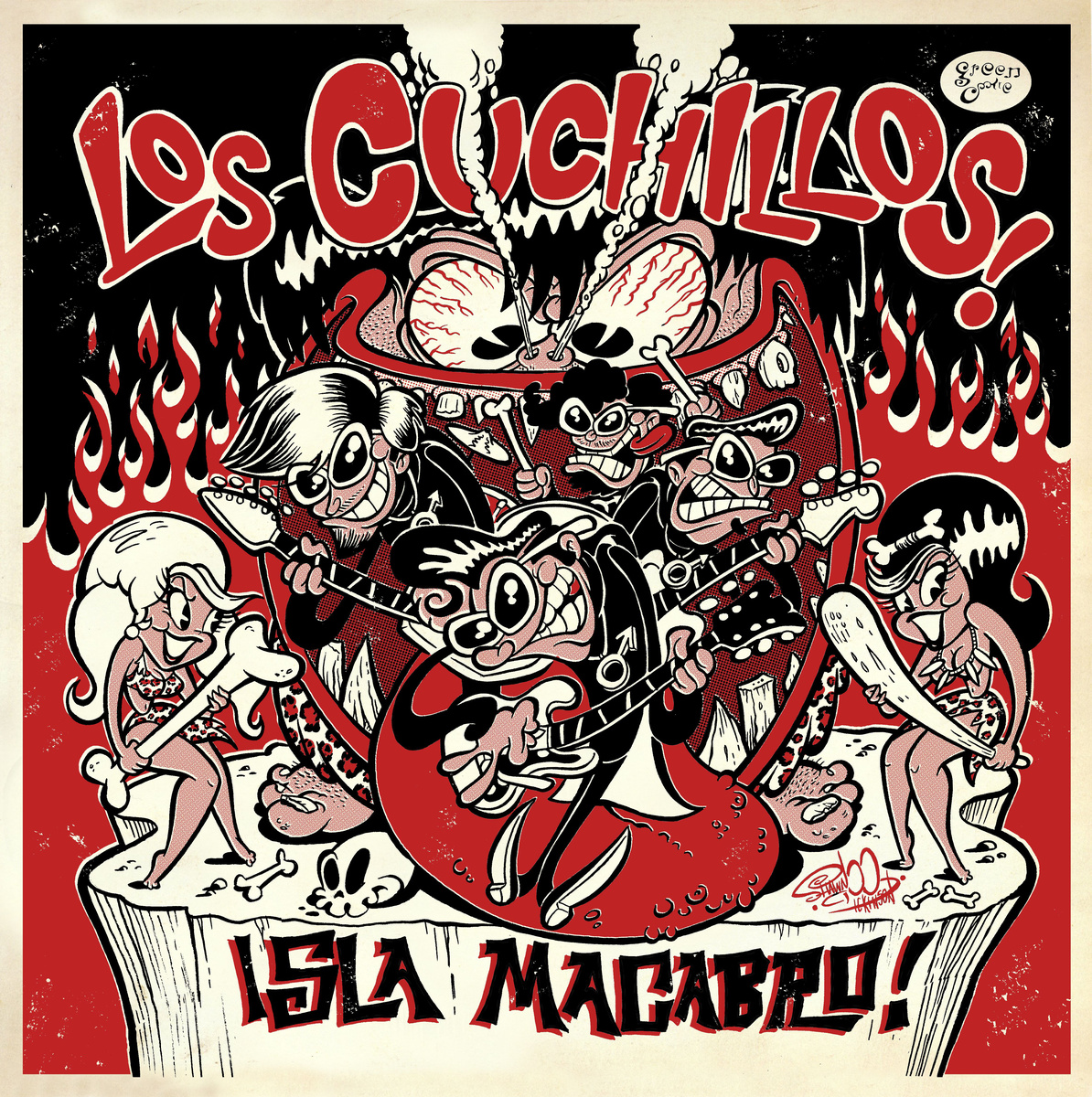 Shawn Dickinson's work should look pretty familiar, this year he also did a Speedball Jr 7" and last year the Hangee V/Angry Breed split 7", but this one really stands out to me. I love the restrained color pallete, and lines lines lines all over the place. So loose and so wild! 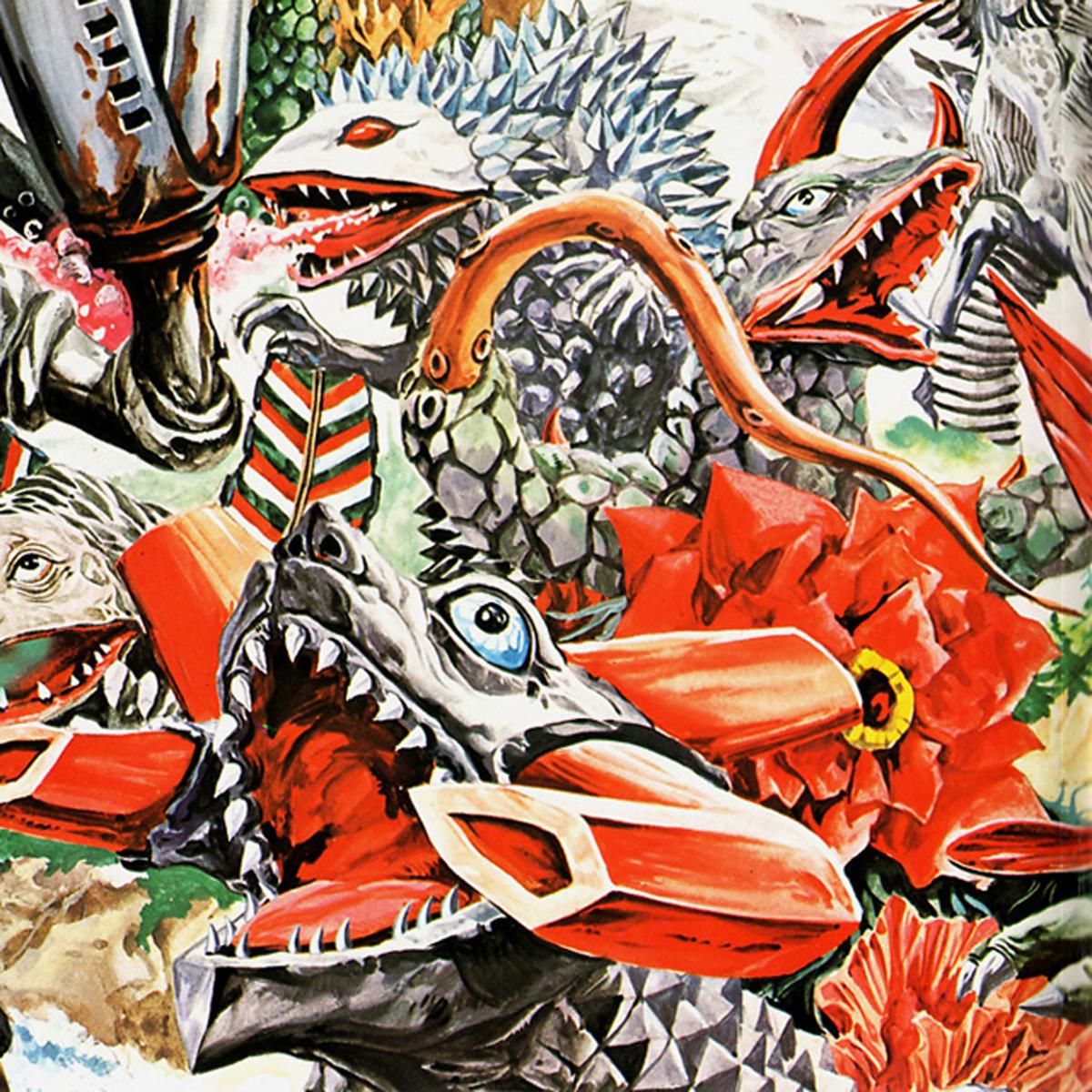 A beautiful painting of all sorts of ugly monsters. Again, a cleverly restrained color pallete makes the chaos manageable. Sometimes it's nice to hide the band and album title too. 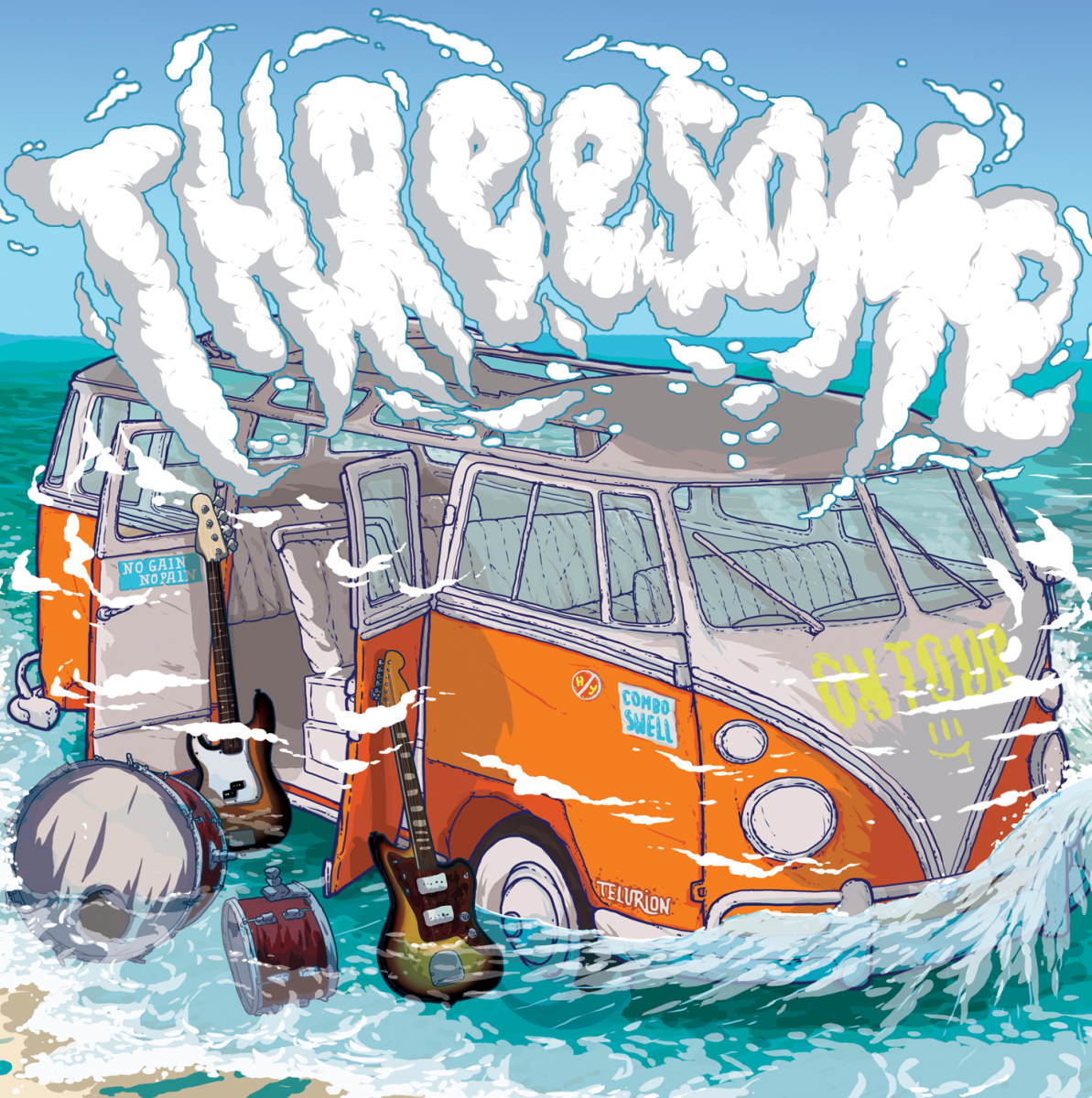 This is oh-so-close to number one, which is a remarkable improvement over their previous LP with its blatant use of Photoshop's clone tool. I get such a sense of the wispy motion of the clouds, and I feel like I'm really taking in the moisture of the scene. I'm glad they left the van empty, it lets the van itself take on a life of its own, much more interesting than seeing a couple of cartoon dudes. 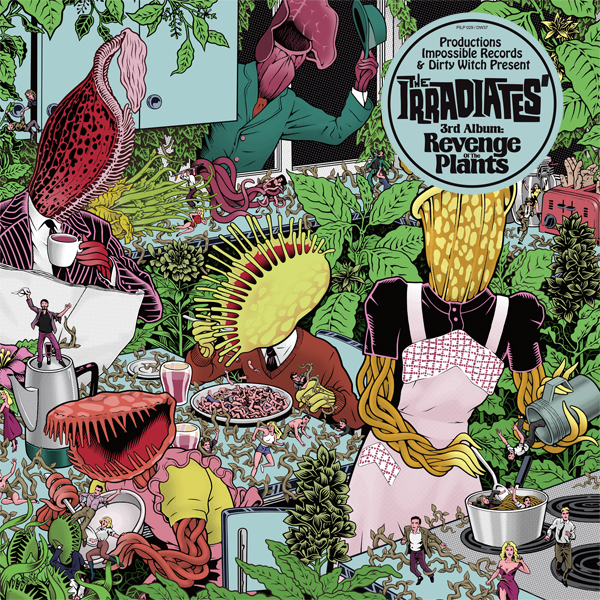 The Irradiates - Revenge of the Plants

If I were Joe Schmoe in a record store and saw this on the shelf, I would have to know what it is. It's immediately eye-catching, it's humorous, it's beautiful, it's intrictate, and thankfully there's some great music behind it. Check out more of Victor Marco's work

I feel a little guilty that all of my selections are so cartoony, but I don't think anybody can argue that each of these selections are seriously talented work. Congratulations to The Irradiates and stay tuned for the next category 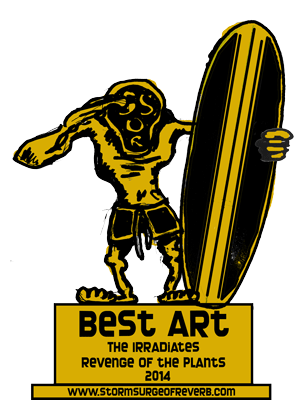