I think album art is important. It can not only grab your eye and coax you into listening to a record, but it can inform the listening experience. Surf has developed a strong library of iconography over the years, not to mention a stable of excellent go-to artists. I always enjoy taking a moment to look into who these artists are and recognize them for giving a little more life to this music.

I like to present the images for this category nice and big, for obvious reasons. Although I should point out that if you really like any of these, you oughta buy the vinyl if available. 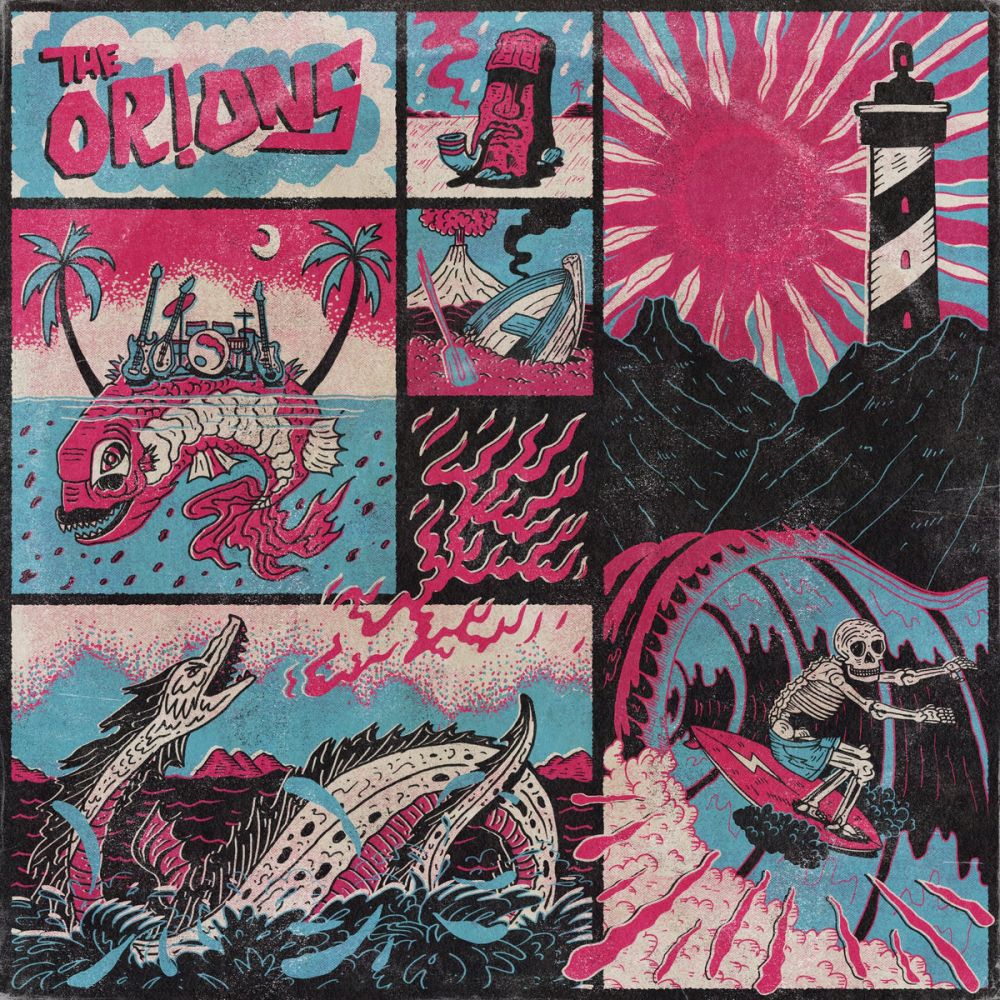 The limited palate and offset shading give this a wood-block/screen-print look, but there's also a lot of intricate, small line details that really take advantage of the larger LP format. It's fun, dramatic, cartoony but also really well thought out. 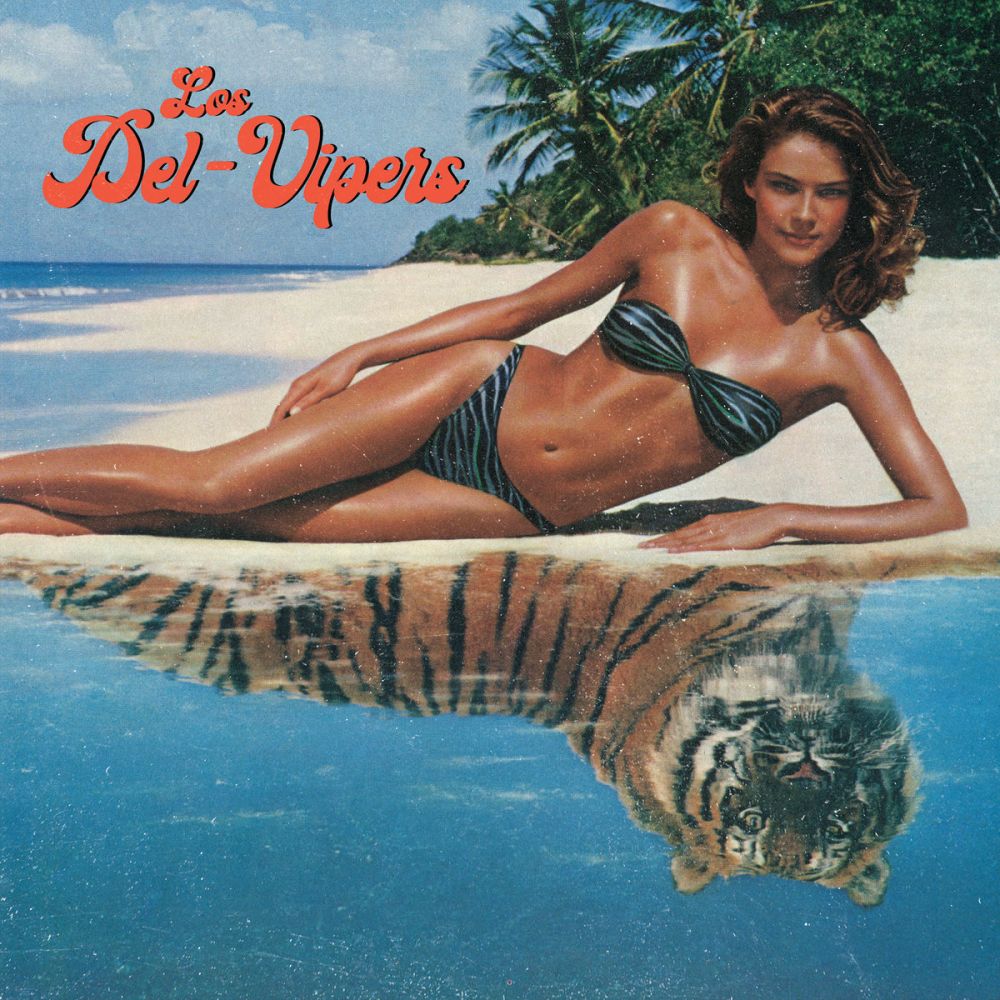 There's not a whole lot of small detail to point out, but the concept is mysterious enough to entice you to listen, and that seductive mystery is reflected in the music in equal measure with tiger-like danger. 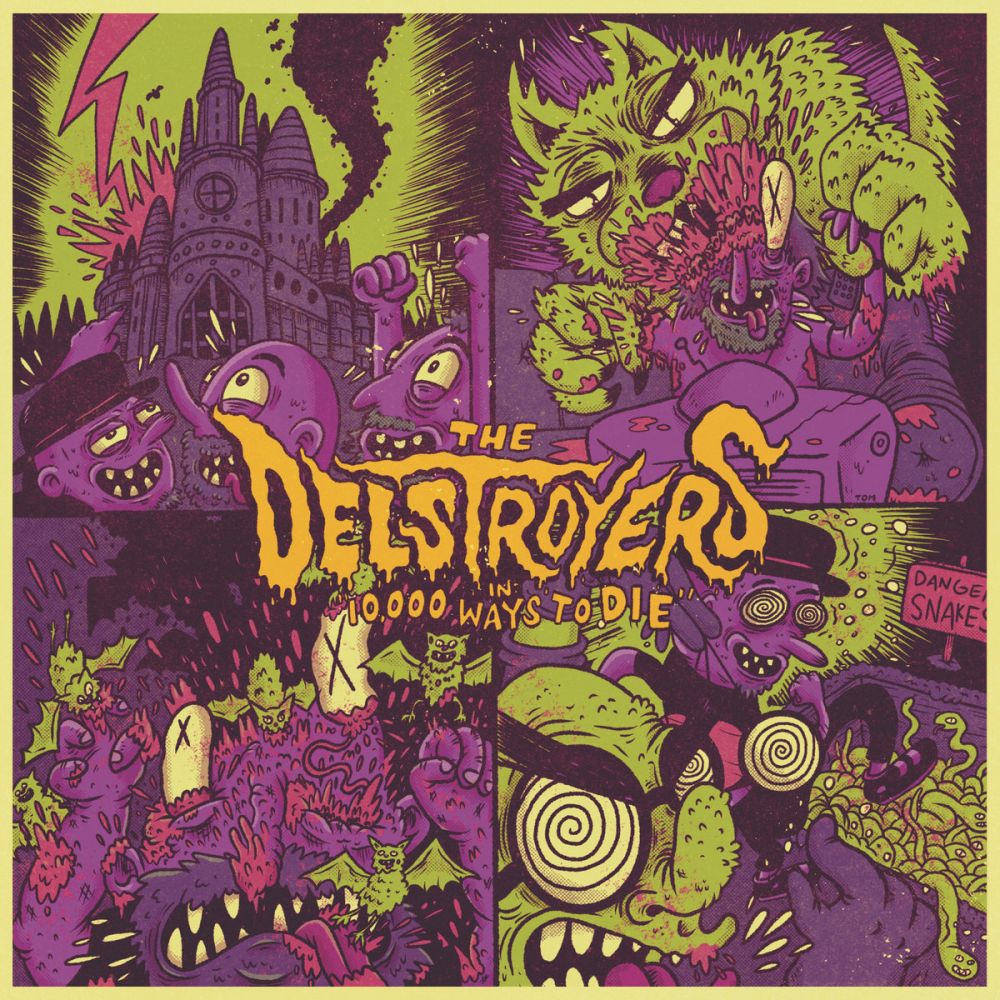 Even without looking too closely the Nickelodeon colors and frantic cartoonish style are enjoyable enough, but it tells a story too! I think cartoon violence suits their music pretty well. 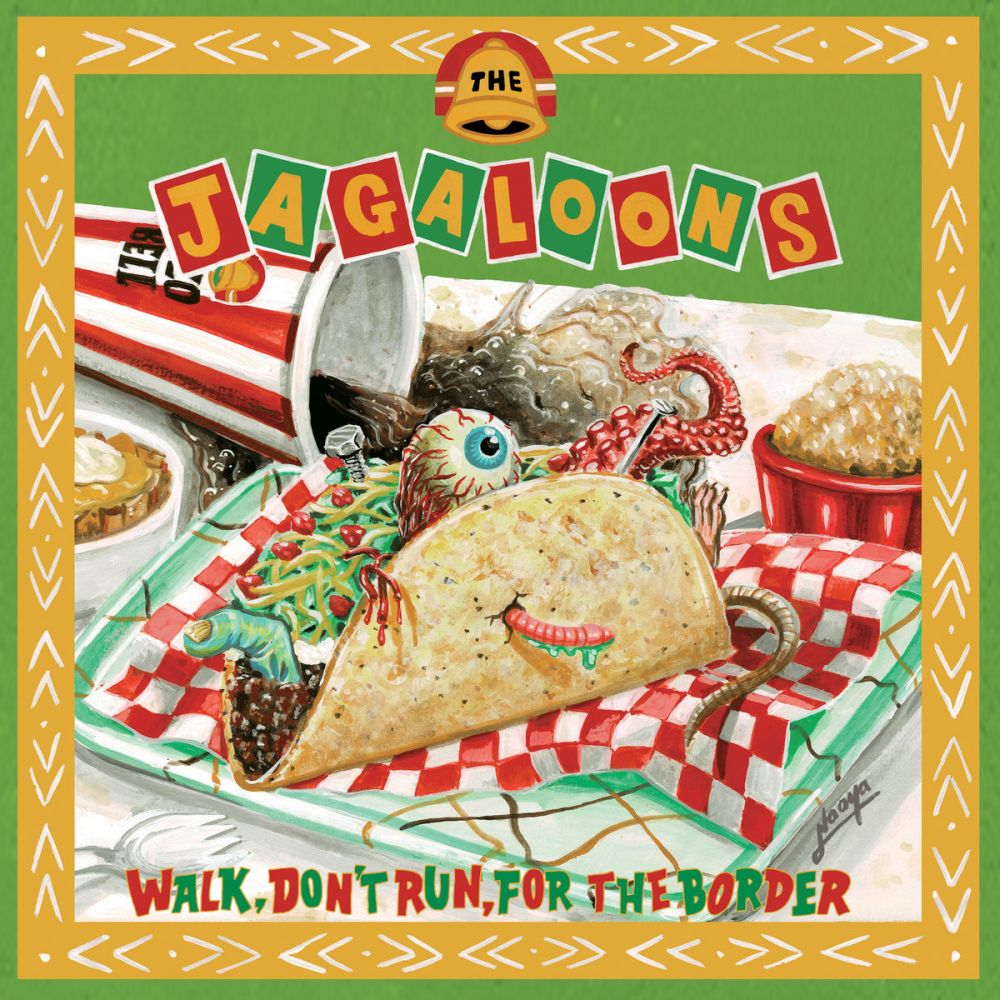 The Jagaloons - Walk, Don't Run, For the Border by Naoya Muga

Likely my favorite EP concept of the year has fitting artwork to go with it, depicting a taco filled with all the usual fast food extra surprises. They smartly turned to a self-proclaimed low-brow artist to do the dirty work. Lovingly painted and with plenty of detail to reward you for looking at it longer. 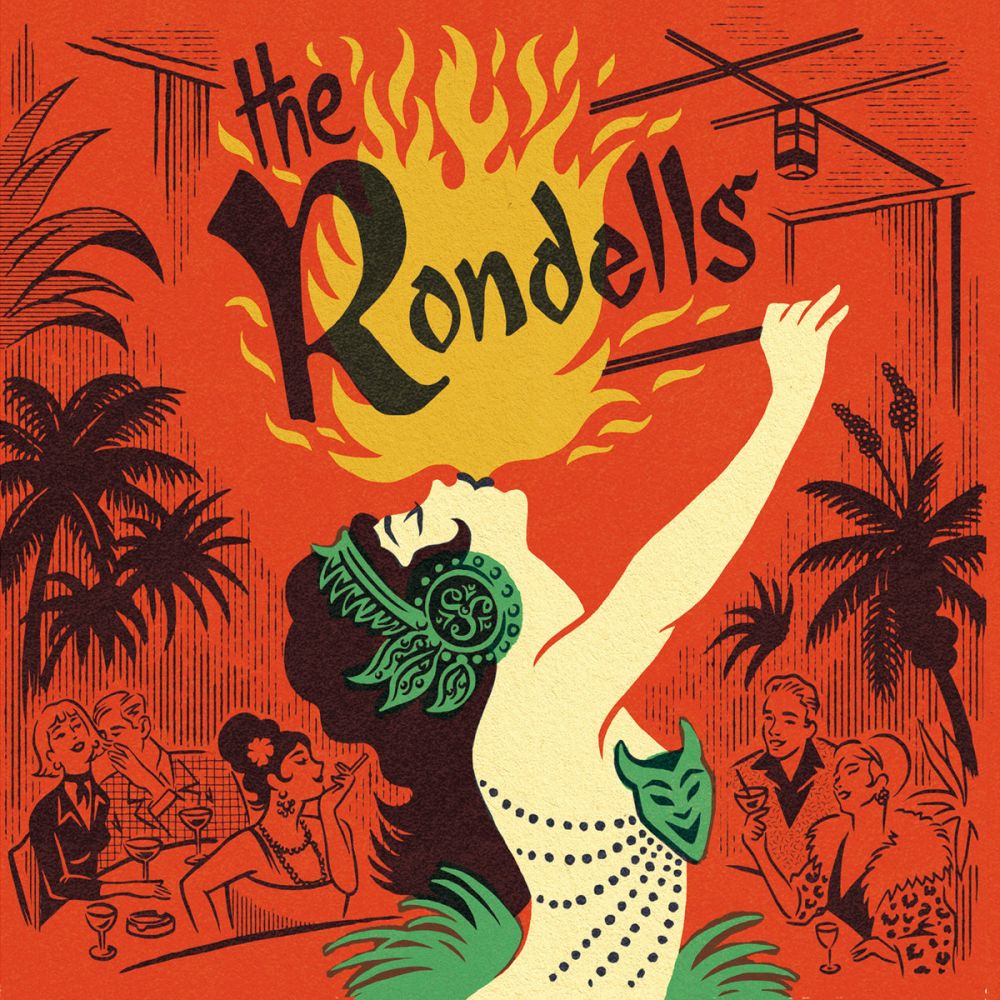 The Rondells - Exotic Sounds from Night Trips by El Marquès

I find this one striking despite being fairly simple. It nails just about everything -- beautiful lettering, great illustrations particularly on the background characters, and it's subtle but I love how the background "fades" to red as if lit by the flame. 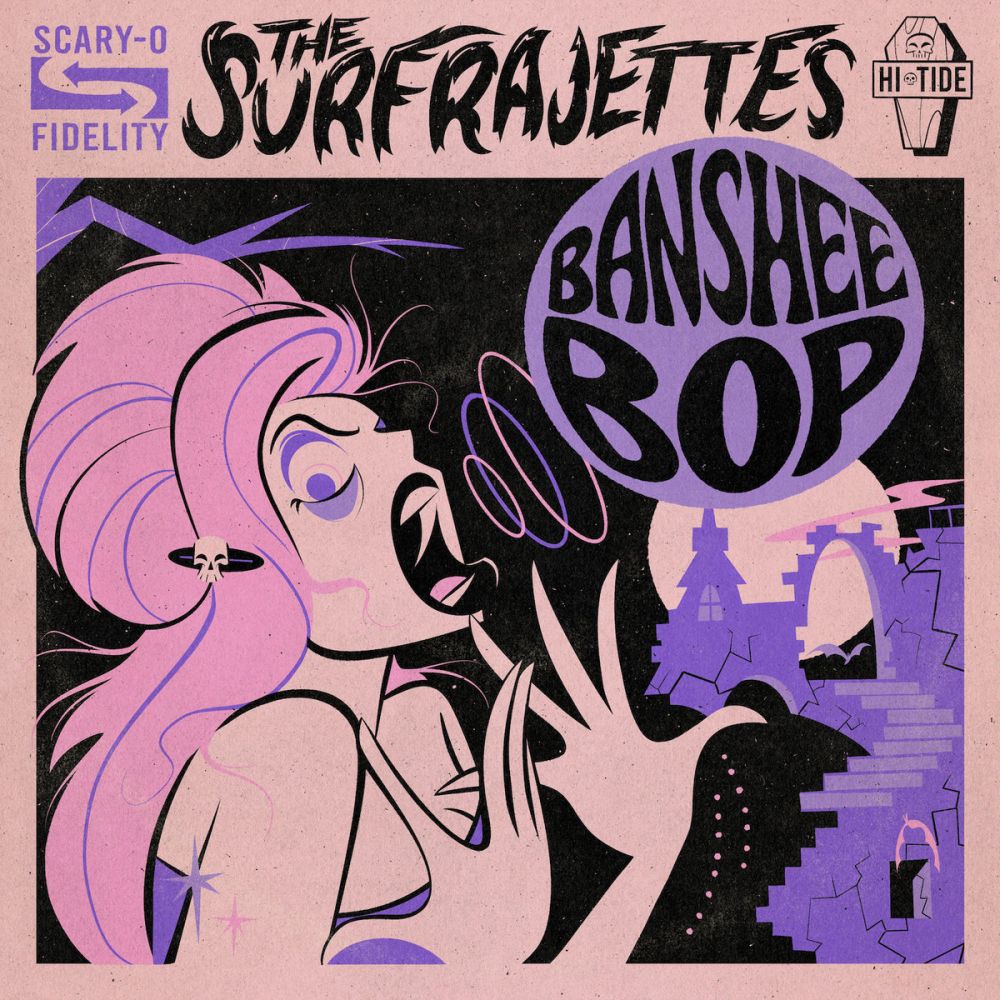 The Surfrajettes' LP Roller Fink features a pink-haired woman doing her hair. It's a good-looking record, especially sitting next to that pink vinyl, but I prefer this one, which in my head-canon features the same character coming undone. Not only is that a cool twist, but I love the line work on this! Great, wild curves that look effectively chaotic but also perfectly placed. That eye is beautiful, I love the minimal way they did the bottom lip, and those curves outlining the hands are great. Just a lot of fun. 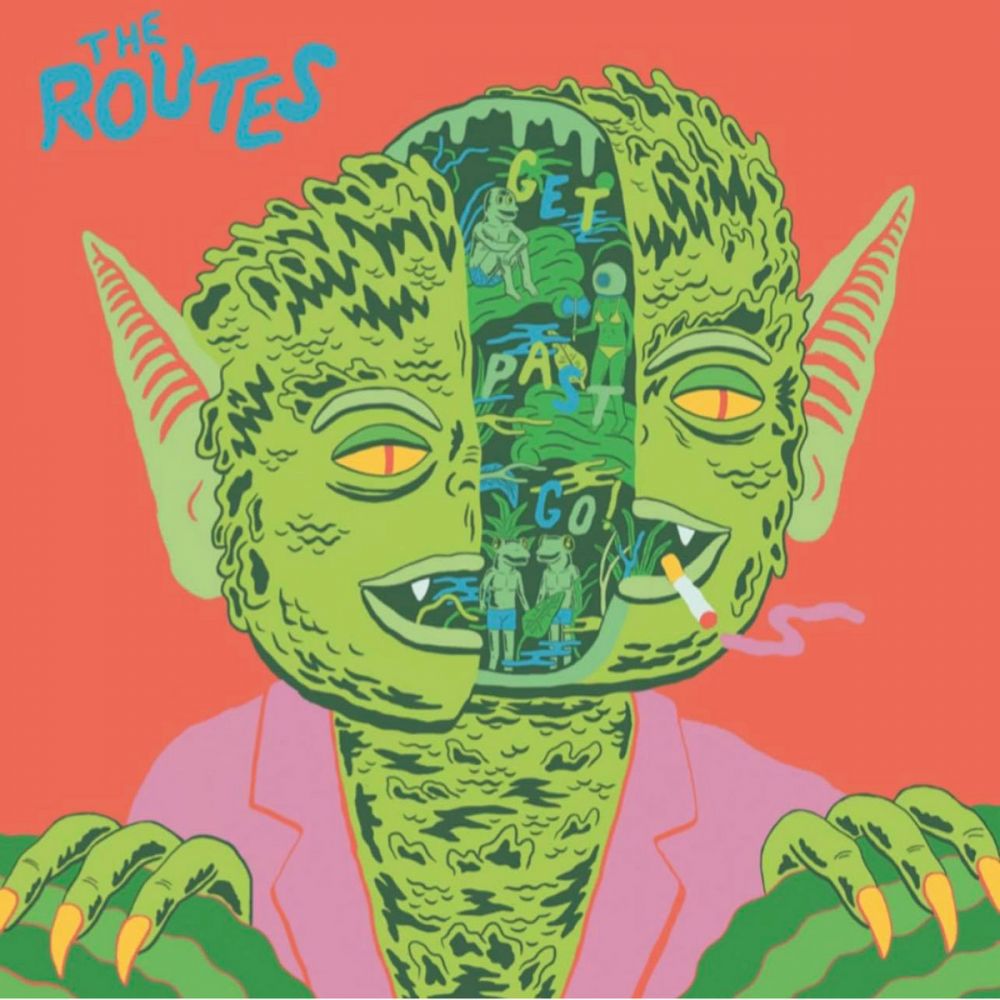 The Routes - Get Past Go by Joseph Harmon

I praised Harmon's work on his Routes album last year, but I feel that he's one-upped himself. Instead of a bunch of weird dudes at the beach, we have weird dudes inside the split cranium of a lizard vampire dude peering from behind a bush. He seems to be enjoying himself. 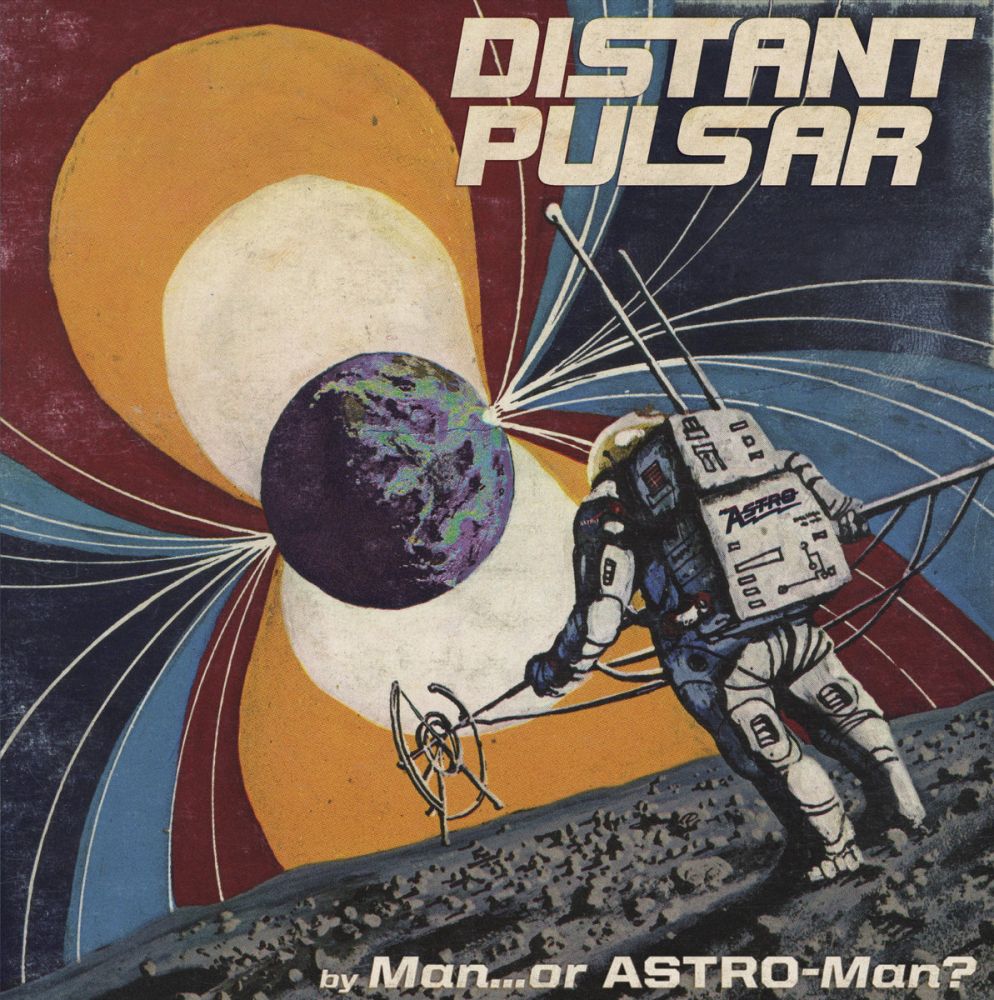 Man... or Astro-Man? - Distant Pulsar by Henry Owings (I think?)

"Graphic Defense Formation: H2ø" is a bit of an obfuscated credit, but since Henry was responsible for their Space 1991 7" this seems like a reasonable guess. On the other hand, half the fun of MOAM art is figuring out what long forgotten book cover from 60 years ago they ripped off, which could be the case here. In any case, it evokes the cosmic mystery/techno-wonder and fortitude that Man... or Astro-man? injected into surf both musically and visually with great results from the beginning, and it does so with a beautiful set of colors in a fancy 7" gatefold.

AND THE GREMMY GOES TO 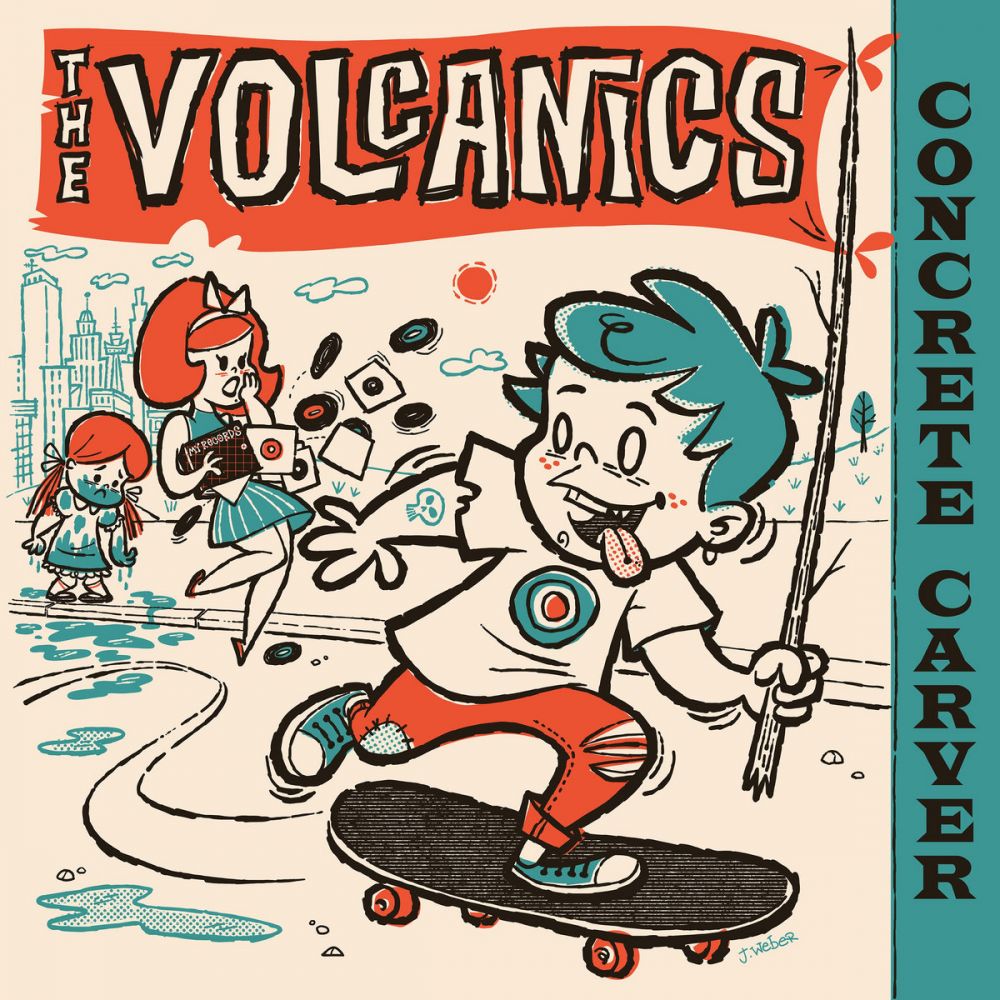 This list may have a lot of cartoony, limited-palette stuff on it, but what's not to like? The rudeness depicted by the character is emphasized by lots of sloppy-on-purpose detail like like sketchy outlines and coloring that jumps out of bounds. It feels especially appropriate for the music. It still evokes the mid-century nostalgic warm-fuzzies that have been a part of the sweater-clad group's aesthetic since inception, but the bad-boy edge highlights the snarlier edge that came out on this record.

I should note that Julian is hardly a nobody for surfgraphics -- this year alone he also did work for Frankie & the Poolboys, Krontjong Devils and Magnatech, and at least as many last year. So it's cool to hand this .png file to somebody that's done so much great work for this genre. Cherish it as if it were an NFT or whatever. 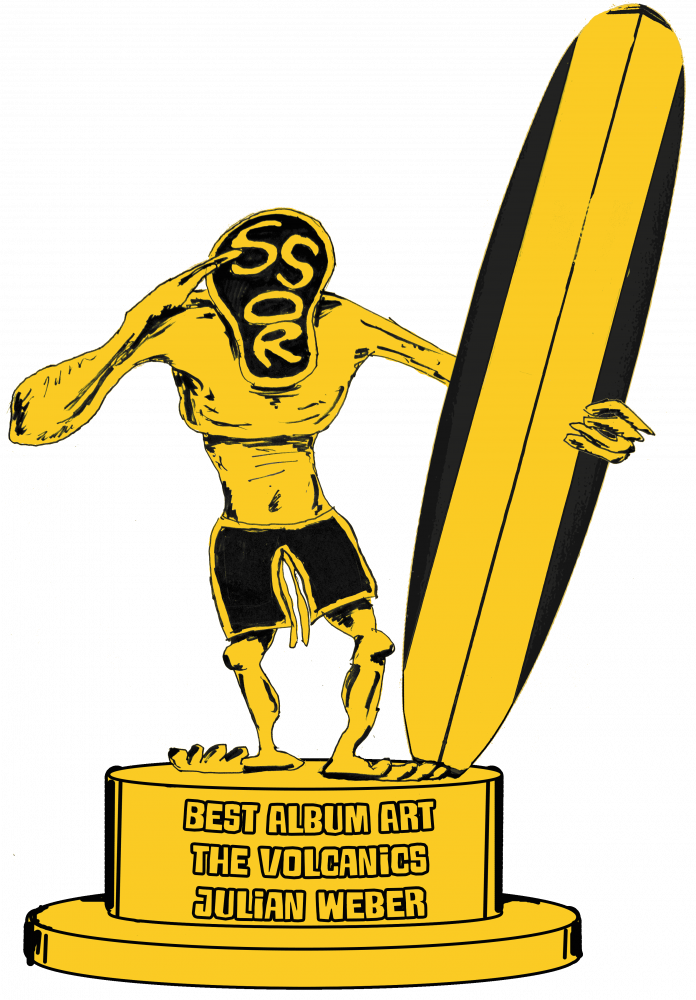