Messer Chups and The Bills at Portside Lounge

Despite New Orleans' historic charm and notoriety, we're simply often not a geographically ideal spot for a tour and our small size (New Orleans Metro Area sits just below 1 million) makes it a risky opportunity. That said, there's an unwritten law that says that if you name your album after a swamp, you have to tour at the swamp, so I'm glad Messer Chups complied with the law.

This was somehow my third time seeing them (in NYC way back in 2007 or so when they were first transitioning towards a more trad sound, and SG101) and it might have been my favorite. Their tone was sharp and clean, sounded as good as they did at SG101, really makes their songs come alive. Oleg was a lightning-fast picking machine, Zombierella accompanied that bouncing along with her bass, and not only did Rockin Eugene bring exceptional percussion energy, I was pretty damn impressed by his sound-effect abilities. They did a great range of material including covers like Popcorno, Peter Gun, The Munsters, but also a good bunch of their originals -- I got a kick out of the goofiness of Insomnia of the Mummies. For their encore we got Twin Peaks Twist, perfect choice.

For a monday night I think Portside was pretty well attended, though not packed. It was one of those shows where it felt like everybody was a privileged witness.

I mostly wrote this to post my pictures though. 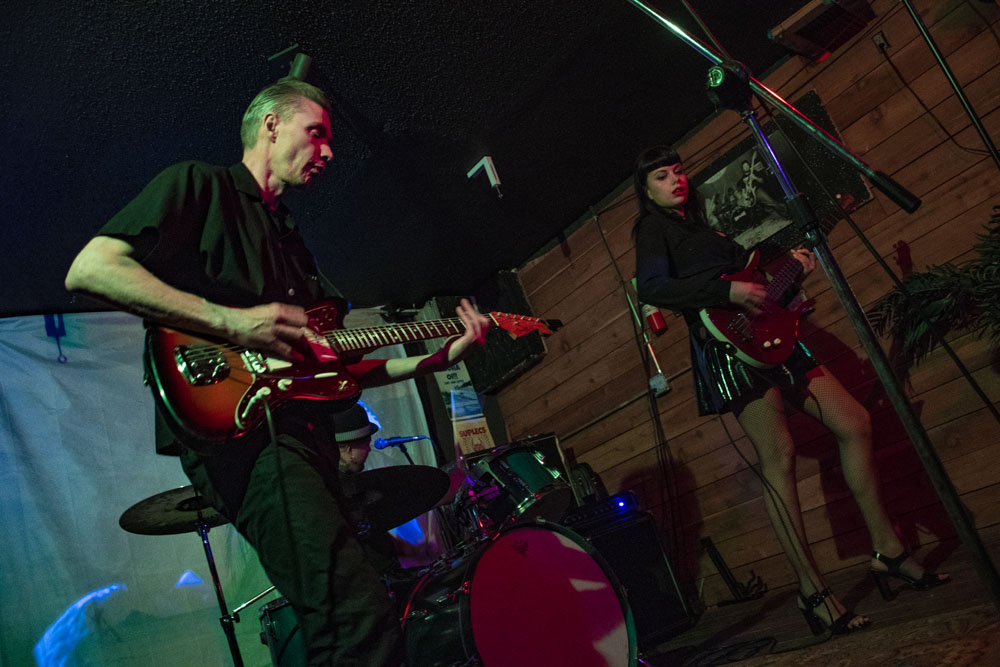 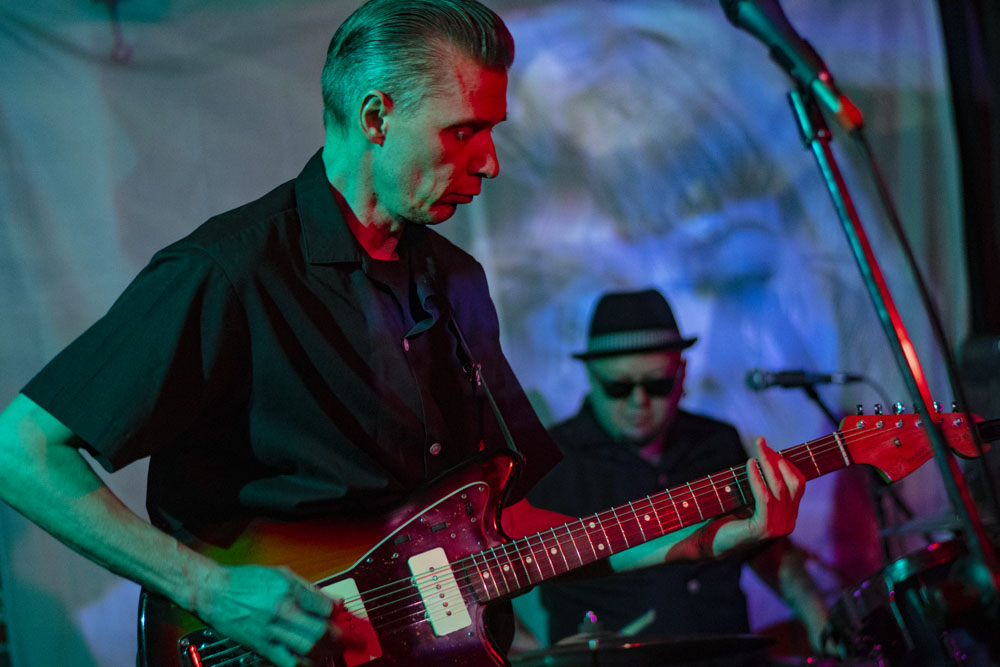 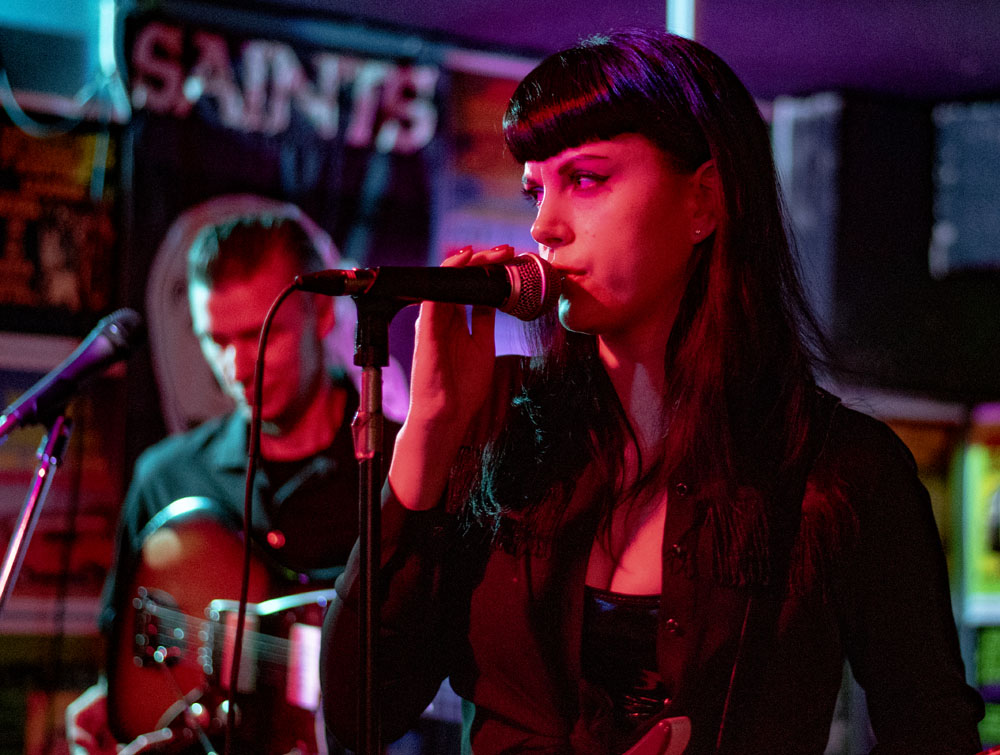 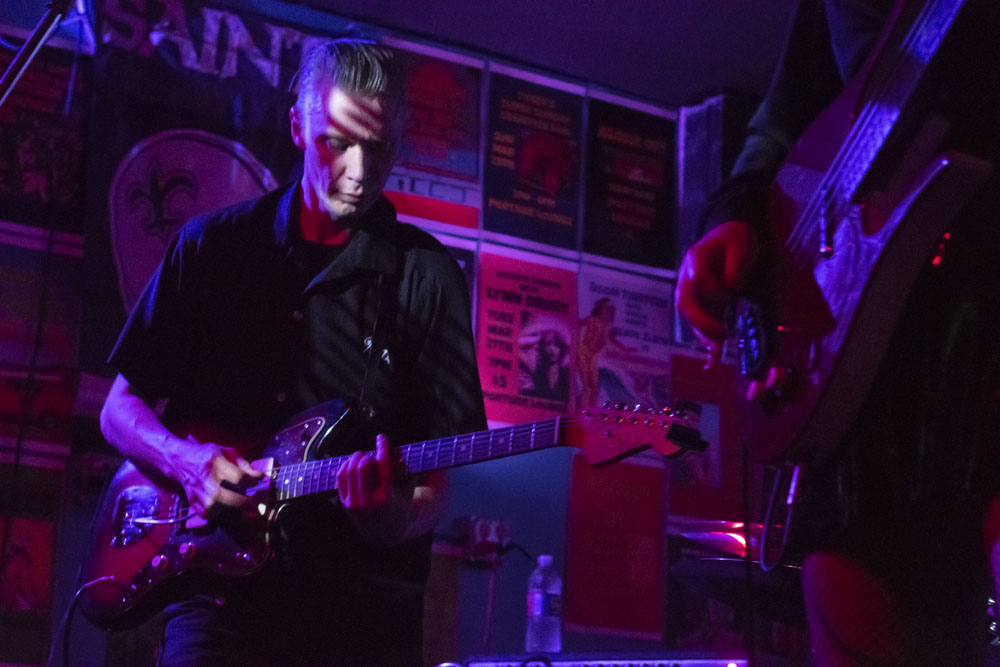 The Bills get photos too! 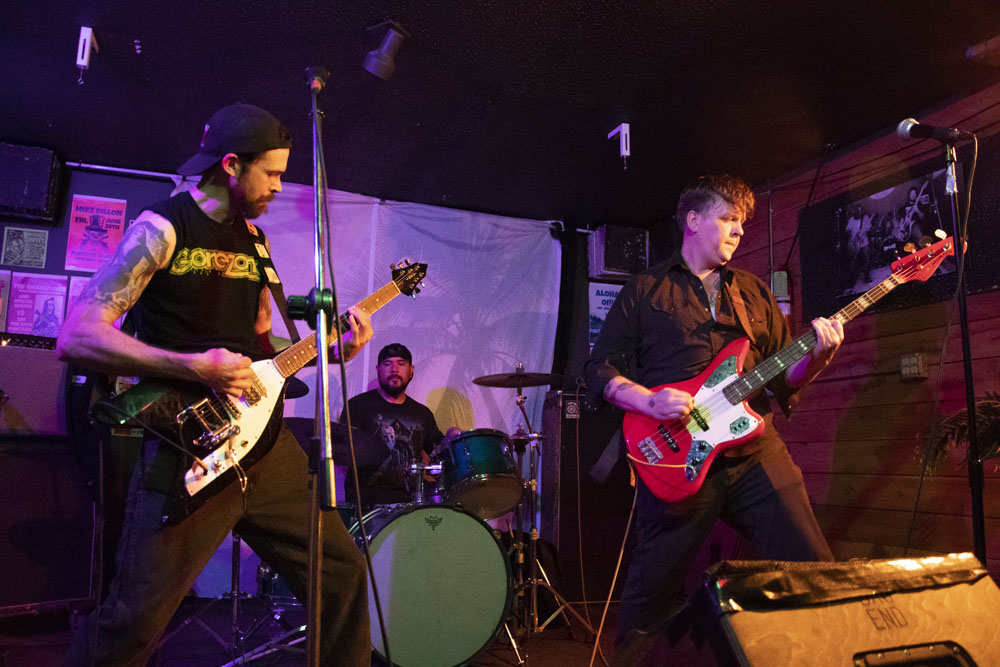 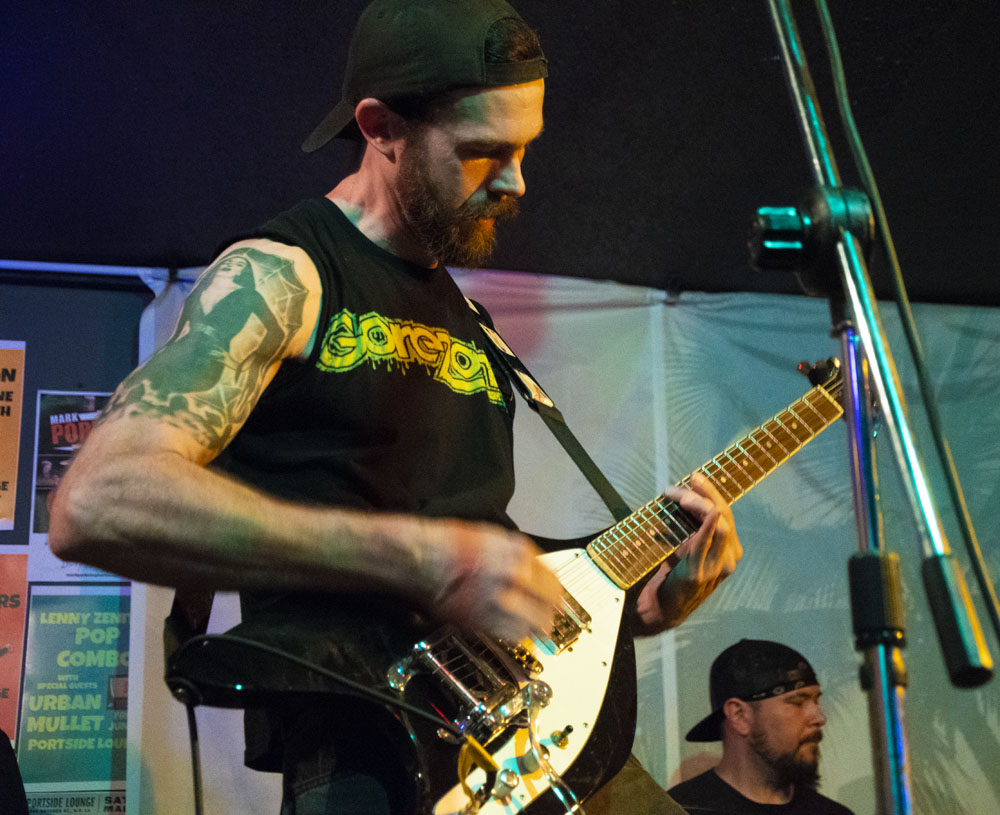 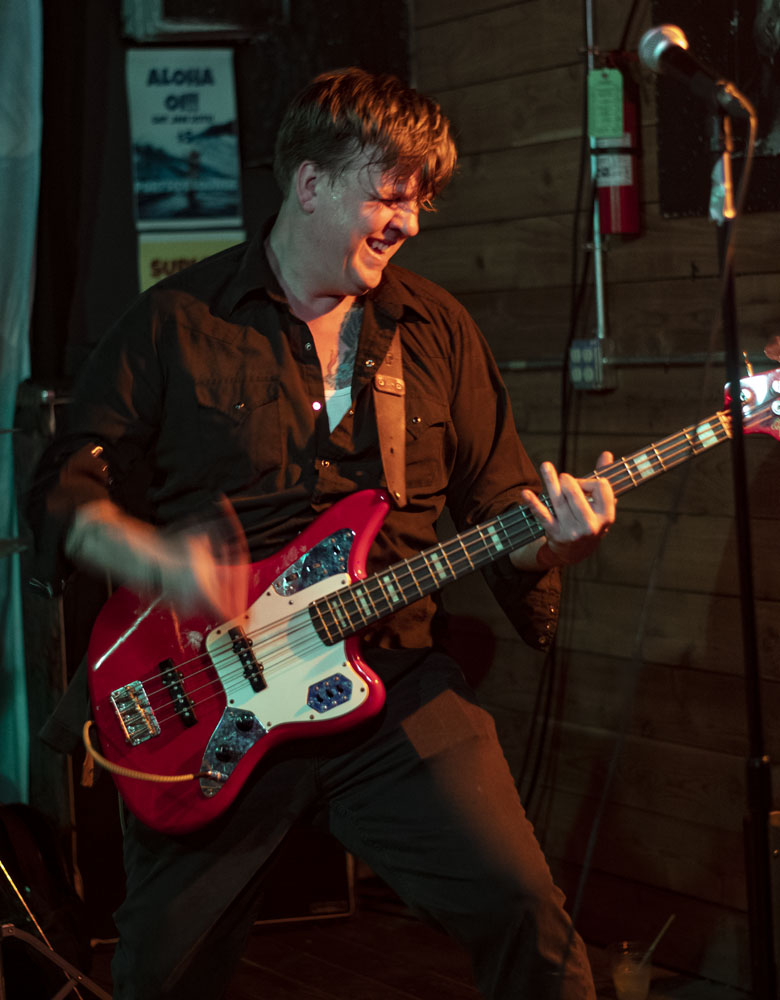 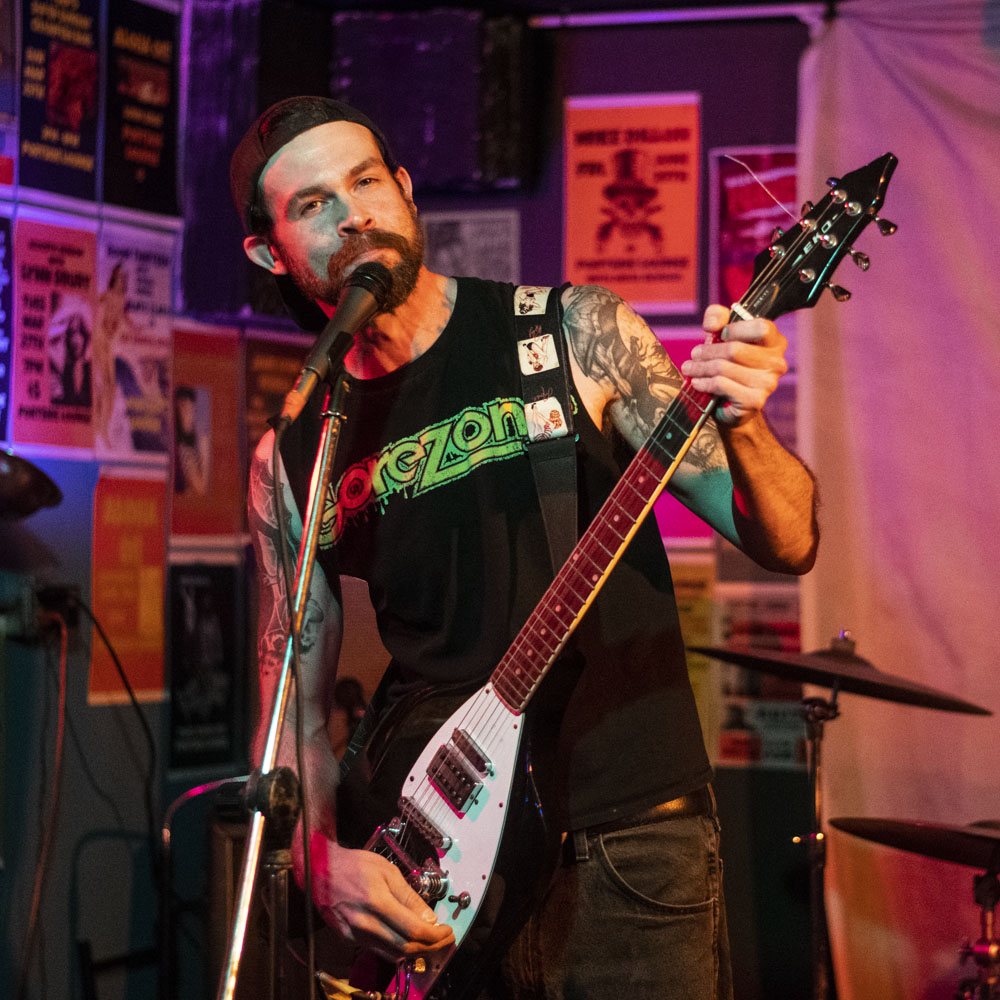 Big thanks to Art from Musick, Bill from the Bills and Danny from Portside to making this night happen