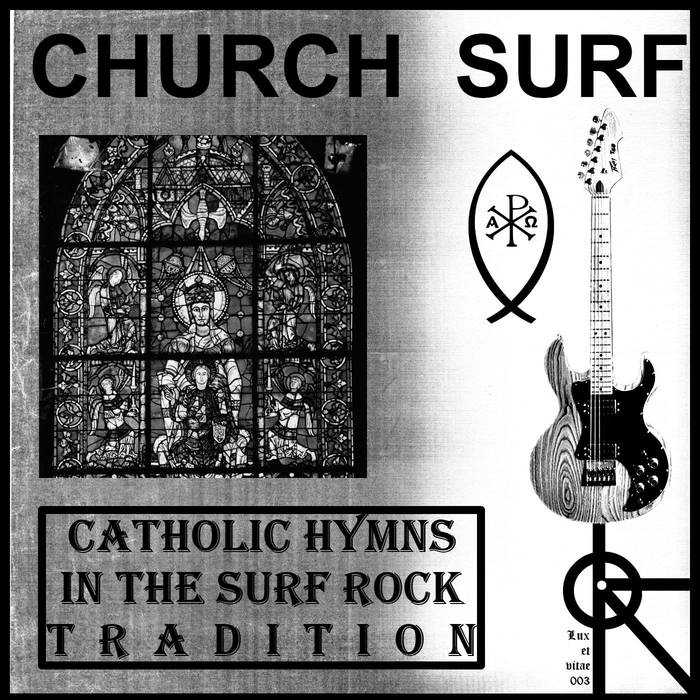 I’m bending the rules a bit since this is a live album, but it is picking and choosing certain songs from the convention and it certainly functions as a compilation so why not. Thanks to Mark Linett’s engineering (and not to mention the sound quality at the show itself) even some bands that might not sound great on their own records sound excellent here. The Woodchucks - Cruisin’ for Surf Bunnies

There were actually a lot of great reissues this year particularly for fans of Jon Blair and Satan’s Pilgrims (“fans of” should apply to just about anybody in the case of these bands). However, even if it’s technically not a reissue since it was never issued previously, having a lost Lee Hazelwood surf record dropped on our unsuspecting selves is truly a spectacular gift. Apparently much of this record was recorded live which straight up makes no sense to me. For a simple surf record it sounds so lush and full while still sharp enough to be very energetic. The bass is all-consuming and blends with the sense of the room. The guitar is effected in such a way that you’d swear there’s more than one guitar despite close listening not really giving any evidence. Here’s the opposite approach: a Pet-Soundsy approach that I don’t think I’ve heard executed with such layering, precision and clarity ever. That includes The Barbwires. Every choice of instrument is thought through and every listen reveals something else, and the actual engineering aspect of it is clear enough to bring it all out. Listening to it now on my nice speakers with wide stereo separation is an absolute treat.

I’ve been thinking about this one all year and probably envisioning a much more bloody fight than anybody participating in the battle saw.

First of all, Sharawaji Records has been a dark horse in the surf label arena but they’re getting hard to ignore. The Head Henchmen won a Gremmy and Sharawaji made physical releases of Gremmy honorable mentions The Chukukos and King Ghidora. They put out great records from bands like Mark Malibu and the Wasagas, The Aquaholics, The Eyeberries and the Terrorsurfs.

Double Crown released a great Madeira live album, a phenomenal Franke and the Pool Boys, flexed a great new signing with Blackball Bandits, and even threw in a co-release of a Satan’s Pilgrims 7”. While Double Crown always represents a seal of quality, they were truly outstanding this year -- I’d even go so far as to say that they were unmatched by any label in terms of just how good the music they released was.

But it just felt like it was the year of Hi-Tide. Last year I gave them this honor because they made a strong emerging impression, in 2018 I feel like they took command. Sure, they had great releases surf releases from Black Flamingos, Primitive Finks and a KILLER series of vinyl 7”s and digital singles (especially worth mentioning the first recordings of Lulufin the Woohoo, “Diana” by Les Agamemmnonz, and another Satan’s Pilgrims 7”). But Hi-Tide felt like more than a record spitter-outer -- they felt like a small movement. The Asbury Park Surf Music Festival this year had a lineup that truly made a statement, The Surfrajettes enjoyed the best viral success this music has seen in forever, and Vincent and Magdalena simply did such a killer job of being ambassadors of this music and packaging it into something that looks attractively retro rather than hopeless nostalgia. Surf feels so positive at the moment, full of optimism and ready to take on new fans, and I think they have a good claim to some of that. 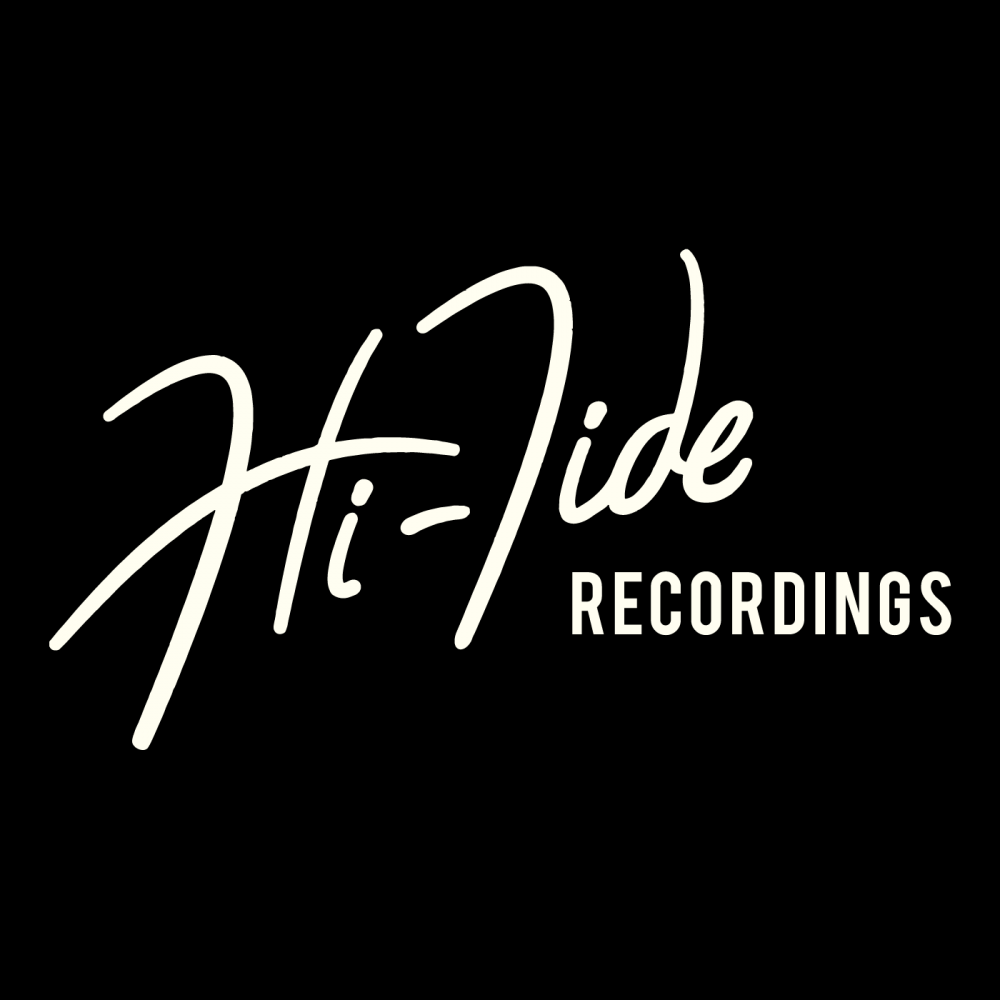 One little note too: this adversarial narrative here is the result of spending all year weighing this out in my head. Hi-Tide and Double Crown have contributed to each others’ labels in many ways and you’ll find both of their release on the other label’s store. They’re clearly friends and we all benefit from that.

Best thing to happen to Surf Music in 2018

I live in New Orleans, we’re not a total dead zone for surf but it’s safe to say that most of my friends are not active surf fans outside of listening to my radio show. So when my friends send me a video of the Surfrajettes’ cover of Britney Spears’ “Toxic”, that’s pretty exciting to me. That video has been viewed just shy of 900,000 times. That’s more than any of the official videos from the all-female surf-ish indie band La Luz whose 2018 album appeared on a few year end lists. That’s more than most Dick Dale videos and easily more than just about any modern surf band. Their video “The Surfrajettes stops by Norman’s Rare Guitars” has twice as many views as that.

I’m not here to say that The Surfrajettes have pioneered something unique, and I’m certainly not here to weigh in on a predictable and eye-rolling scrutiny about whether they can play well. What matters to me is that a ton of people saw a good, straightforward version of surf music and liked it with the HUGE added bonus of it not being a bunch of 40+ dudes. The Surfrajettes wield their retro appeal skillfully and project an accessible, lighthearted and fun message of instrumental surf music with appeal that people can attach themselves to.

I’ve talked to a few surf nuts about wishing that surf were more inclusive to all genders and races. Maybe I’m delusional, but I feel like now that guitars in popular music are proclaimed dead, surf has started to stand out a bit more as a true guitar music. I’ve seen the term thrown around so loosely that I swear that when people hear regular rock music with prominent guitar they’ll call it surf. And while that drives me nuts when I’m down in the surf mines looking for more music, I feel like when people see the light they like what they see. Maybe a period of low popularity for guitar is the opportune time to rebuild what it means and more importantly who you’d expect to play guitar. The Surfrajettes are helping with that.

Back down to earth to wrap it up: Hi-Tide tells me they sold out of the first pressing of Surfrajettes’ Party Line/Toxic 7” in 3 months, which is very impressive for them, and I bet it would have been even faster if that 7” came out at the same time as the video. I wish the world embraced explosive, challenging bands like The Madeira like we do, but The Surfrajettes are a great way to bring people into the fold.

These are four bands that came out of nowhere and released an EP that has me expecting a great LP down the road.

Punchy and tight instrumentals with a lot of range. Just as comfortable staying smooth as flexing muscle.

Les Robots - Do the Robot / One Way Ticket to the Moon

Ever felt like The Tornados (UK) get left out of the conversation of great instro bands? Les Robots agree, and marvelously replicate that elusive Joe Meek sound.

Cowboys, huh? As in spaghetti western or country mixed in with surf? Both! And in a really natural way.