What is "Modern Surf"? Maybe I'm splitting hairs here, and it's definitely pretty subjective, but I'm defining Modern as groups that still have a strong root to 60's-styled surf but have picked up a handful of outside influences mostly missing from that era. It's a pretty murky line and my choices as to which groups lie on which side of it will probably be objectionable (I'll probably disagree an hour later) but I think instro music has gotten much more diverse and it's hard to compare some of these bands against each other. Keep in mind that there's also the "Rad" and "Way-Out" categories for the wilder and the weirder stuff 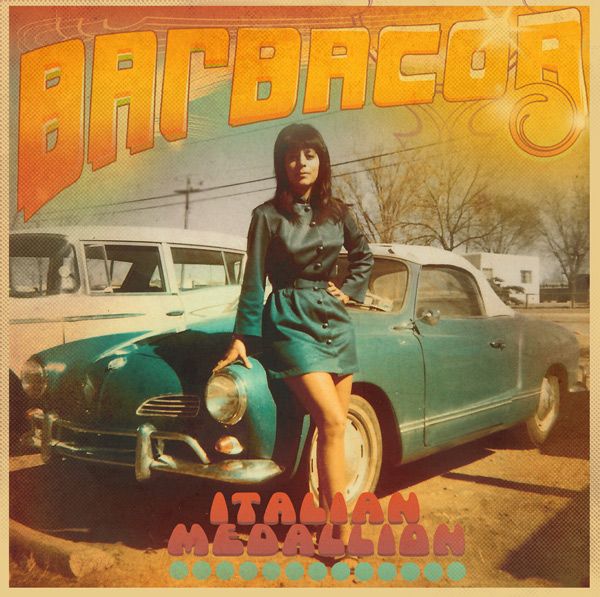 Barbacoa's first LP came out a good while ago, but it similarly ran a gamut of surf, western, spy, and fuzz sounds seamlessly. These aren't exactly unfamiliar territory to the instro world, but Italian Medallion pushes it further with more interesting instrumentation and better songwriting. That's not to say that they were a slouch before, but every single track on this thing is great. 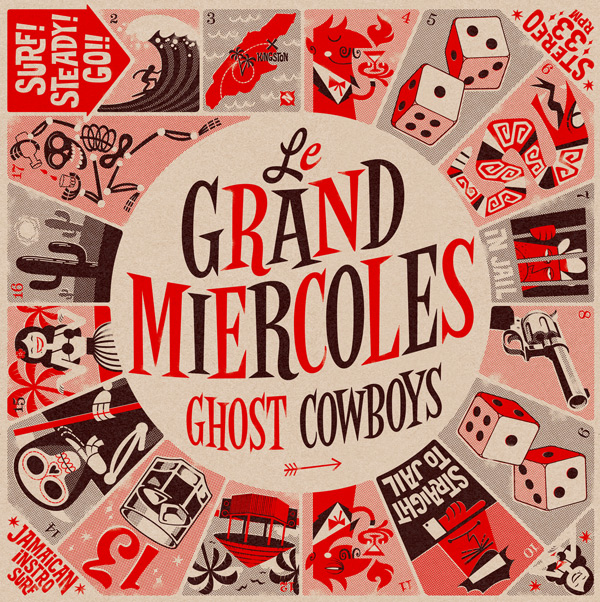 This one flew right past me for a good month and I only just caught it. I blame it on changing their name from El Gran Miercoles. While I wouldn't say that there isn't a historical precendent for surf and a reggae/ska/dub beat to cooperate with one another, this record has 'em married. There are a lot of covers on here like The Man Next Door, Wicked Game, Cecilia Ann, and Straight to Hell (probably my favorite surf Clash cover), but some of the tracks they wrote themselves are standouts: Fukushima being especially impressive to me. 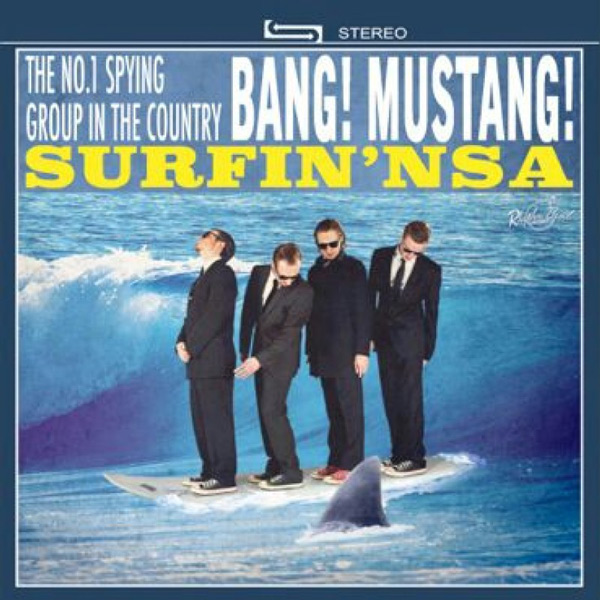 I admit that I've missed all of Bang! Mustang!'s previous releases despite how much talk I'd seen of Big Twang Theory. It seems I really was missing out. If you like the quick-picking whip-you-all-over-the-place guitar epics that The Madeira have been killin' it with for a while, I think you'll be happy here (Ivan Pongracic of The Madeira has been singing this album's praises). It doesn't quite have The Madeira's darkness and mystery, but it doesn't stick to being a sunny walk-on-the-beach surf record either. It blazes its own path with creative drum rhythms, fuzzed out portions, and tends to feel very BIG! It manages to stay fresh through all 16 tracks -- 52 minutes worth of music.

And the Winner is... 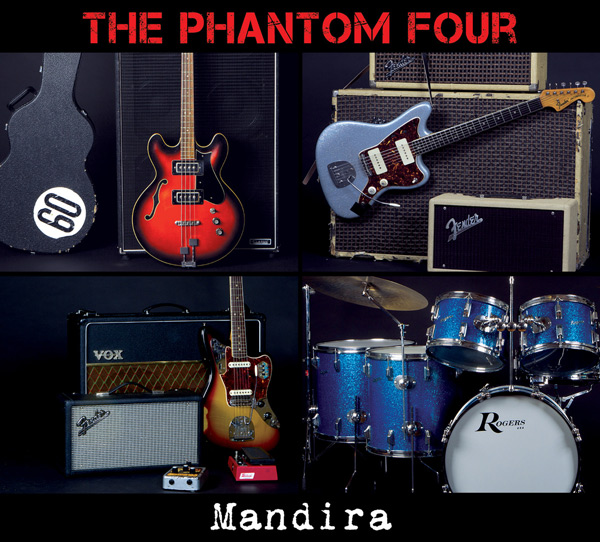 Man, just throwing this on to listen while I write this is a punch right from the start. Phantom Frank has been pushing surf to new places and interpretations since the Treble Spankers, but I'll admit I wasn't a big fan of their previous record Morgana. Just didn't click with me, though it was otherwise pretty universally praised. Total reversal here. Phantom Four isn't about powerful riffs as much as powerful rhythms and grooves. They grab you and hypnotize you, then surprise you with exotic licks or build into a frighteningly powerful crescendo. There are actually a few duds on here, I tend to skip "L'chaim", but this is one of those rare albums where I find myself repeating individual tracks-- then repeating the entire record. Again, while writing this I've cranked the volume further and further up. This is my favorite thing I've heard from the Treble Spankers/Phantom Frank/Phantom Four lineage, so I'll present them with this .png file. 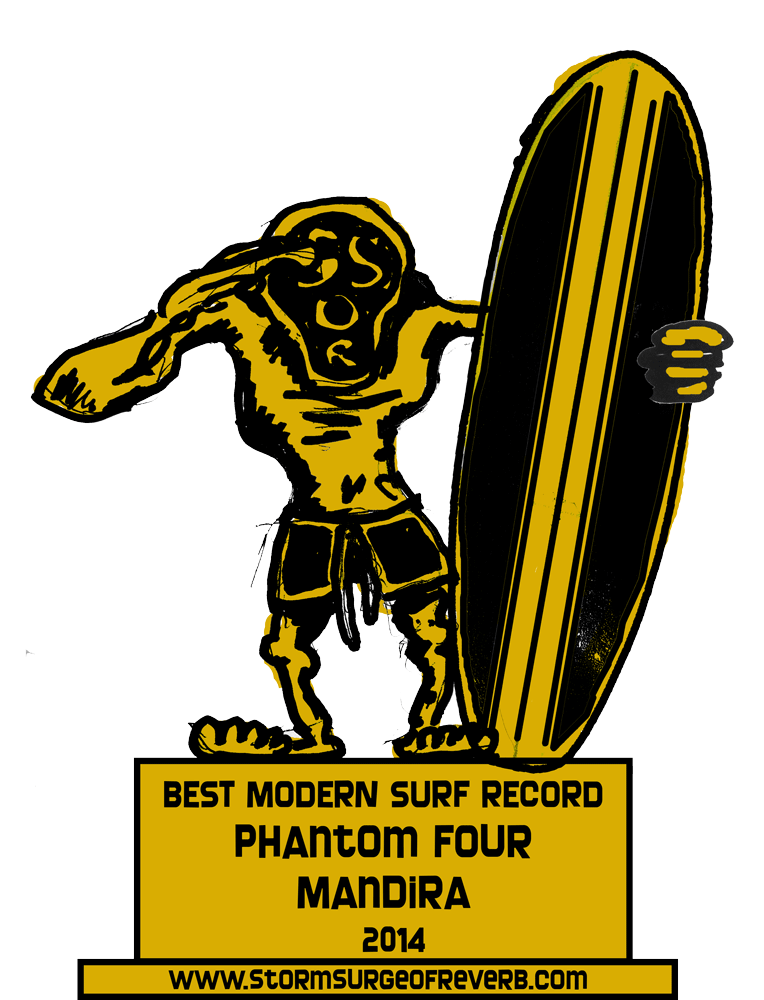 And of course, if you haven't listened to this yet, DO IT NOW!