Said the Ripper - The Hanging at Barbed Wire (Released in May) 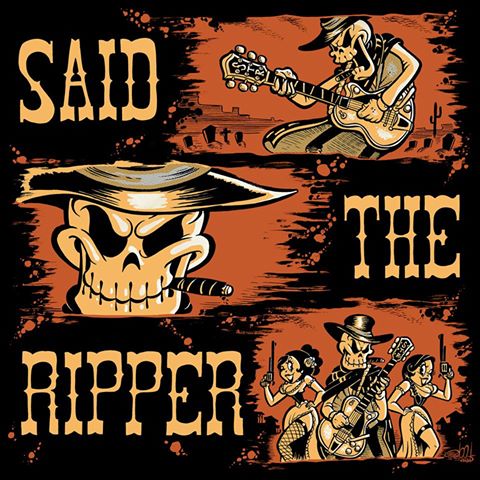 Said The Ripper's previous releases also slipped past me but listening to this now I'm knocked out! Very catchy songs with the meanest of Morricone's guitar tones. Their cover of Ecstasy of Gold brings welcome new ideas and the production almost matches the grandiosity of the originals. These guys really have a lot going on. It's on spotify, amazon and itunes and they just released a pretty great video. 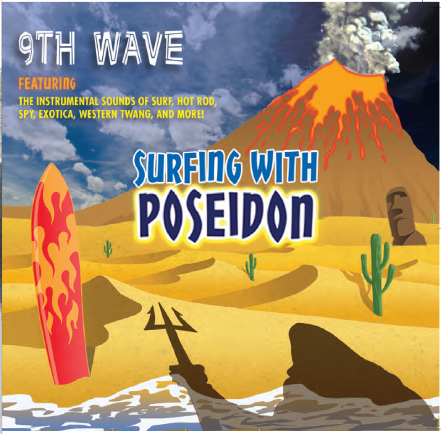 I haven't gotten a chance to hear this one from Connecticut's longtime barons of the surf scene. If you want to check it out, you can order it from their website.

The Bradipos IV - The Partheno-Phonic Sound Of (released in April) 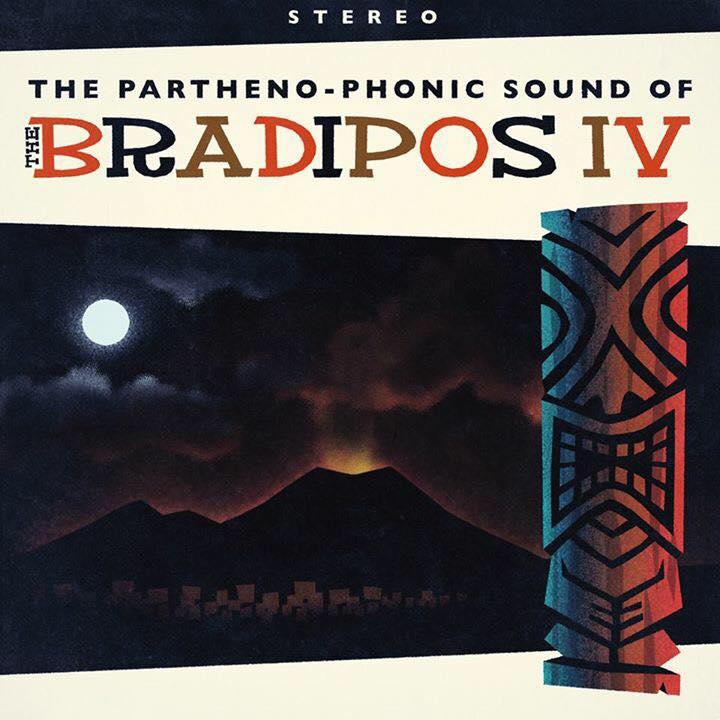 The Bradipos IV have been around for 20 years now and it took half of that time to get their 4th original LP! Full of trad surf goodness with a great sound. I got the LP (which comes with a CD!) and didn't realize it was supposed to be played at 45rpm... it's a pretty good album at 33rpm too! A bit moodier that way.

They're making the trip from Italy to the US in just a little more than a week (I'll catch them at the SG101 Convention). They've got a cool promo video for that below. You can buy the record on amazon.

The Necronautics - Self-Titled (released in May maybe?) 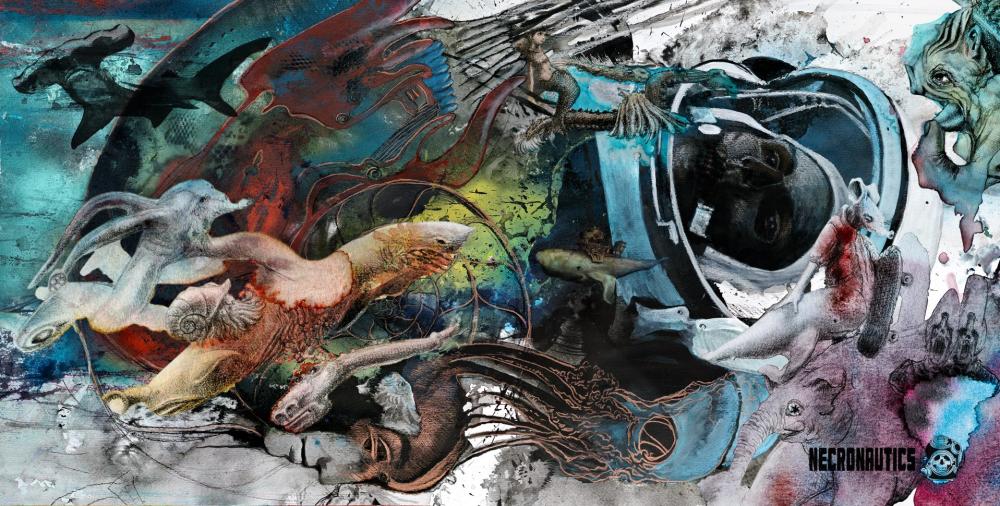 As soon as I saw the amazing cover art for this I wanted to know more about this record. Their facebook posted pictures of the CD, then pictures of the vinyl... I didn't realize it was out until I saw it up for order on the Surfer Joe store. That's still the only place I've seen it, and I haven't seen a hint of the vinyl version existing in the real world. I wanna look at that art in its full glory!

Based on the song below, it sounds like they've got an aggressive and dark sound while still staying pretty surf-focused. 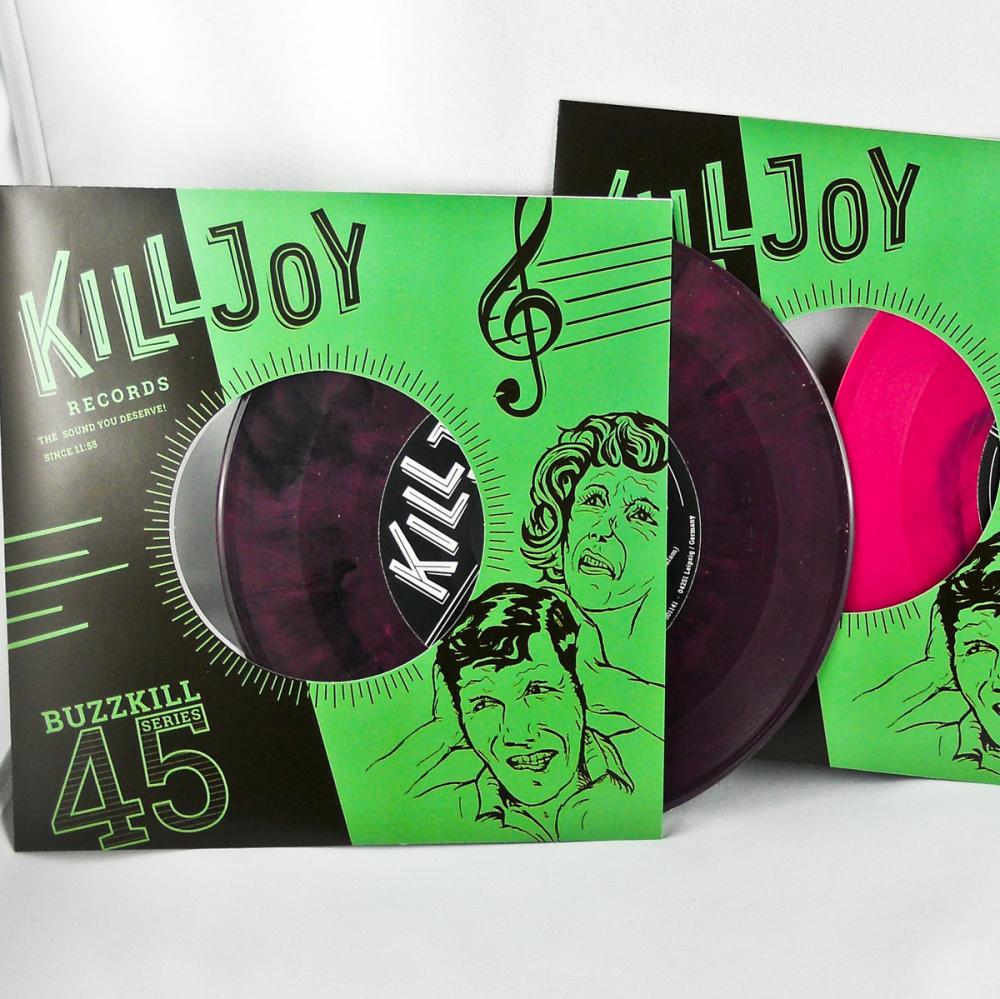 If you're getting confused with the Terrorsaurs who released "Atomic Lizard Party" last year, that's fine and perhaps even intentional, as the Terrorsurfs were formed by the guitarist and drummer of the Terrorsaurs. This is a welcome more-of-the-same with big ol' ballsy guitar and punchy drums and bass playing aggressive surf. You can give it a listen/purchase through bandcamp or grab a 7" from Killjoy records. 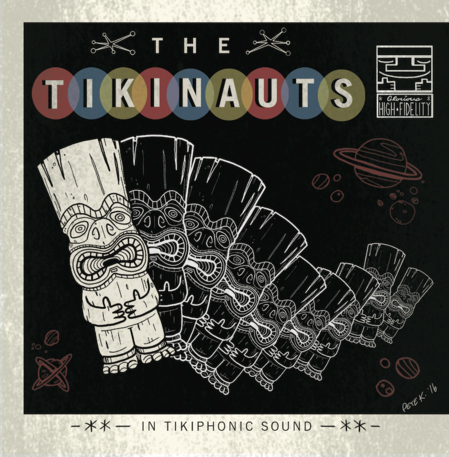 The TIkinauts are essentially a trad offshoot of the progressively more progressive Revomatics. There's one original on here ("Midnight in Cebu"), as well as version of Diamond Head, Munsters' Theme, and (getting a bit more obscure) The Crusher. Probably a bit more party-friendly than the Revomatics, though definitely a bit more safe. You can buy it from their website.

Dawn Patrol - Boogie Board (released in May) 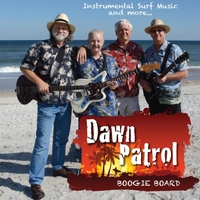 Though not an especially trad sound, Dawn Patrol are definitely trad-minded with instrumentals of a number of popular 60's tunes, surf or otherwise. So many covers of Runaway out there! There's a few originals on there too that fit right in.

It's available in a lot of the big download spots, as well as on CD through CDbaby.

The Perks - The Perks (released in July) 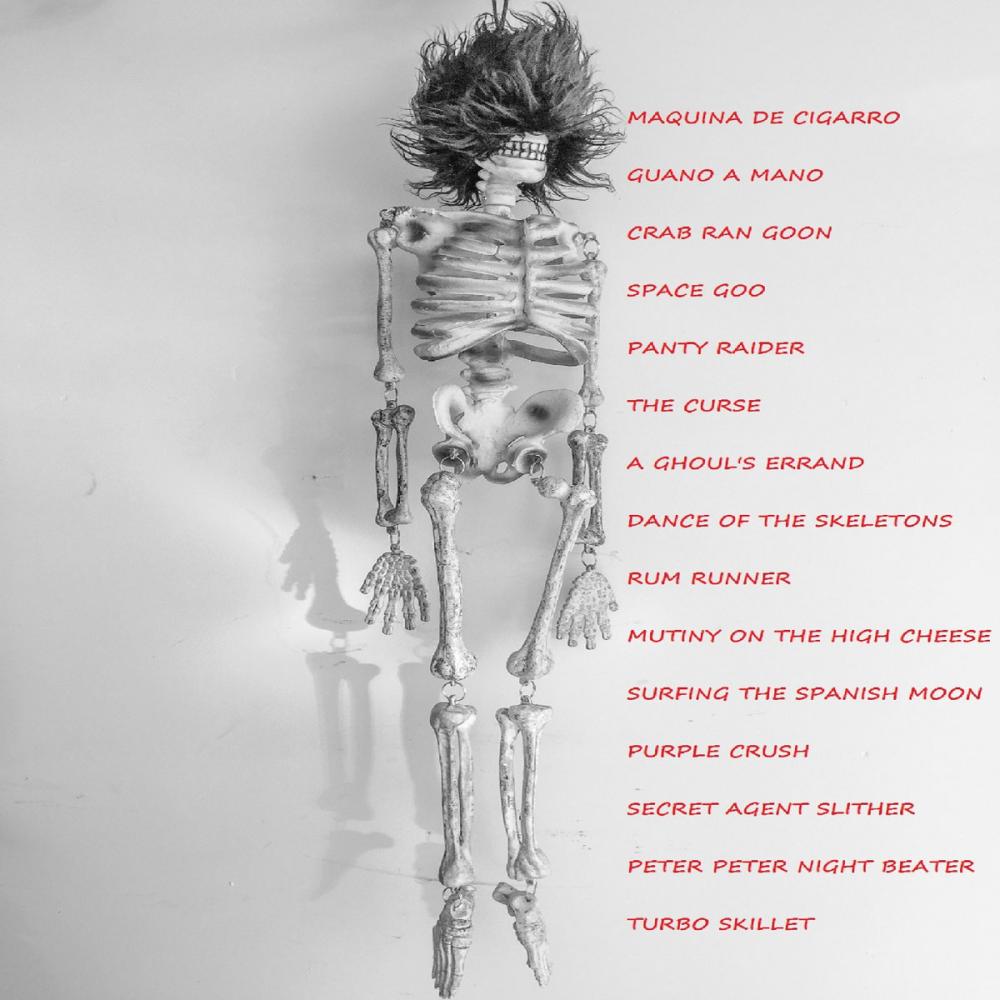 Is this album art paying homage to something? It seems really familiar but I'm not able to place it. Anyway, the Perks have a hard-hitting horror/punk surf sound that with no inhibitions about wailin' on the guitar. The drumming makes for some surprisingly danceable moments. They seem to oscillate between hard-drivin' and party attitude pretty frquently, and they pull off both well. They tackle a lot on this record and do it with a solid sound. Grab it from bandcamp.

Feel free to point out anything else I might have missed!