Oh no. I got distracted. It's April and I haven't finished the Gremmy Awards. Most of this was actually written over a month ago, so I'm going to go ahead and make it happen. Here's a bunch of odds & ends, things that I think were noteworthy about 2021.

Despite COVID not quite going away, bands resumed playing live shows, and a few festivals even managed to happen. And Daikaiju is touring again -- the fact that they ever stopped was disturbing. I don't think I have to elaborate on how great this is.  If you're comfortable enough to go see things, go see surf music. I hope that I can see some of you out there. 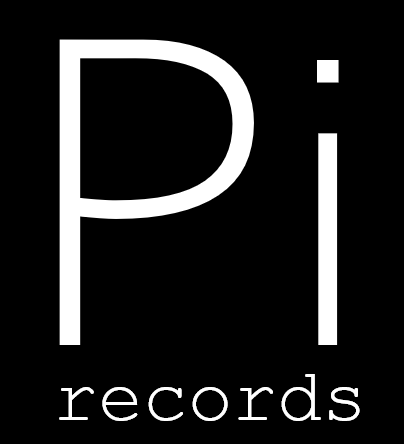 Ryan seems to be hellbent on interviewing every damn surf band. He may not exactly be Terry Gross, and I don't think I've listened to 10% of these, but when I do I'm struck by just how great it is to hear surf bands talk about music. First of all, it feels especially necessary to do so when shows have been frozen for so long, but also it puts perspective on music on music that only expresses itself abstractly. I've been struck by the thoughts behind some of these bands, the backgrounds and motivations, and just seeing the faces and "meeting" the people behind them brings a new level to their music. This all seems so obvious, but I spend so much time reviewing surf music grasping at scraps of information, guessing at intent, it's kind of amusing to remember that you can just ask. It's pushed me to do more interviews as well, and though they certainly haven't been nearly as plentiful as his, the few that I've done have been treasured experiences.
Watch them here

Label of the Year 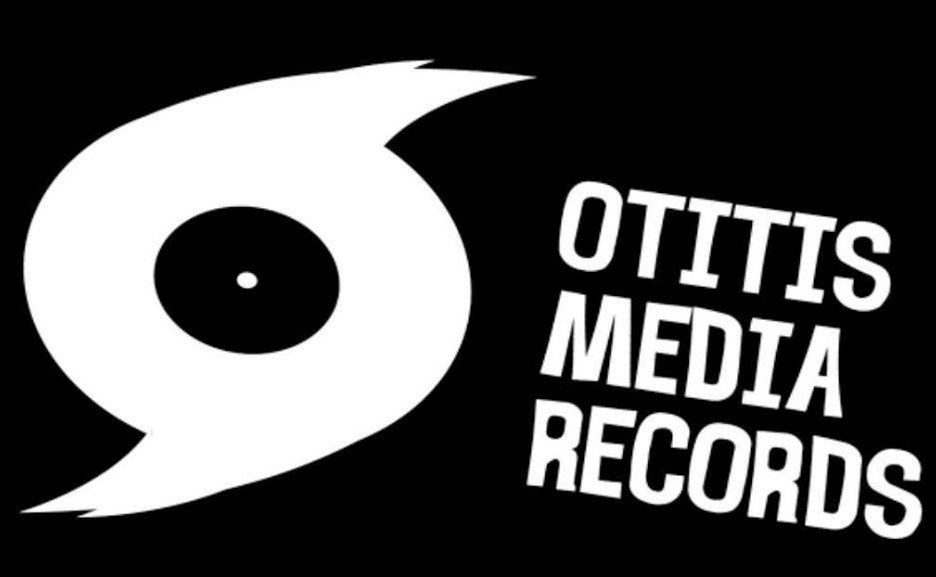 I gotta say I did not feel like there a clear winner this year. Most of the established surf labels that tend to put out high-quality attention-getting releases did indeed put out high-quality attention-getting releases, and rather than choose between them, I feel like throwing it to a lesser-recognized entity that's doing big stuff. In the midst of a crushing vinyl pressing shortage, Otitis Media feels like they're here to make dreams happen. They're giving vinyl releases to smaller groups, often with different sounds, they're putting out tapes and CDs, but they also managed to snag a few pretty high-profile releases too like The Routes and Arno de Cea. It's not all surf, but I think Noah's punk leanings help find a home for surf bands that don't quite fit in with some other other labels. I've just been so impressed this year at how quickly and steadily they've been cranking things out. 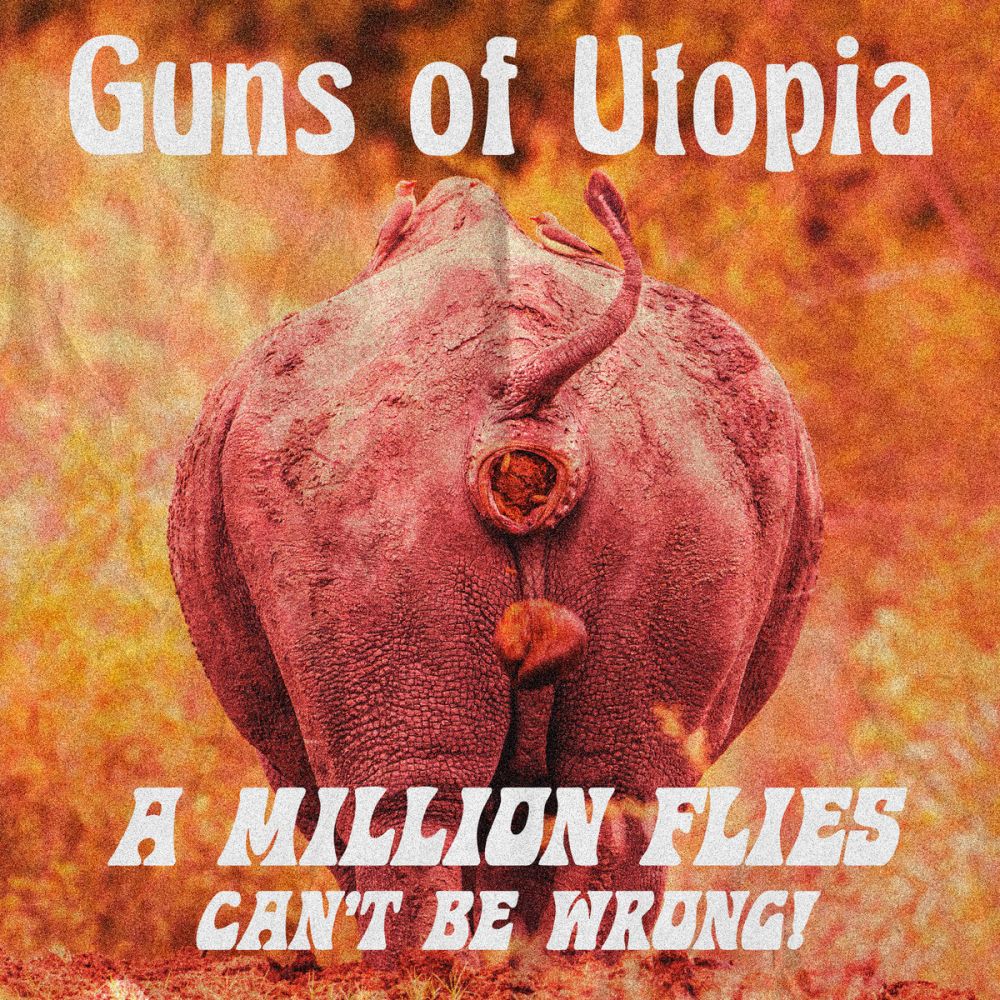 In 2020 Guns of Utopia released a great record called Labradoodle that had a nice and furry doggie on the front. In 2021 they released an album showing the anus of a large mammal engorged with an emerging turd while another plummets towards the ground. And in case you weren't getting the full effect, they've adjusted the colors to a warped, fiery palette and called the album "A Million Flies Can't Be Wrong" so you can also feel hot, stinky, and really take in the full ambience. For some reason I couldn't get into this album as much as Labradoodle. 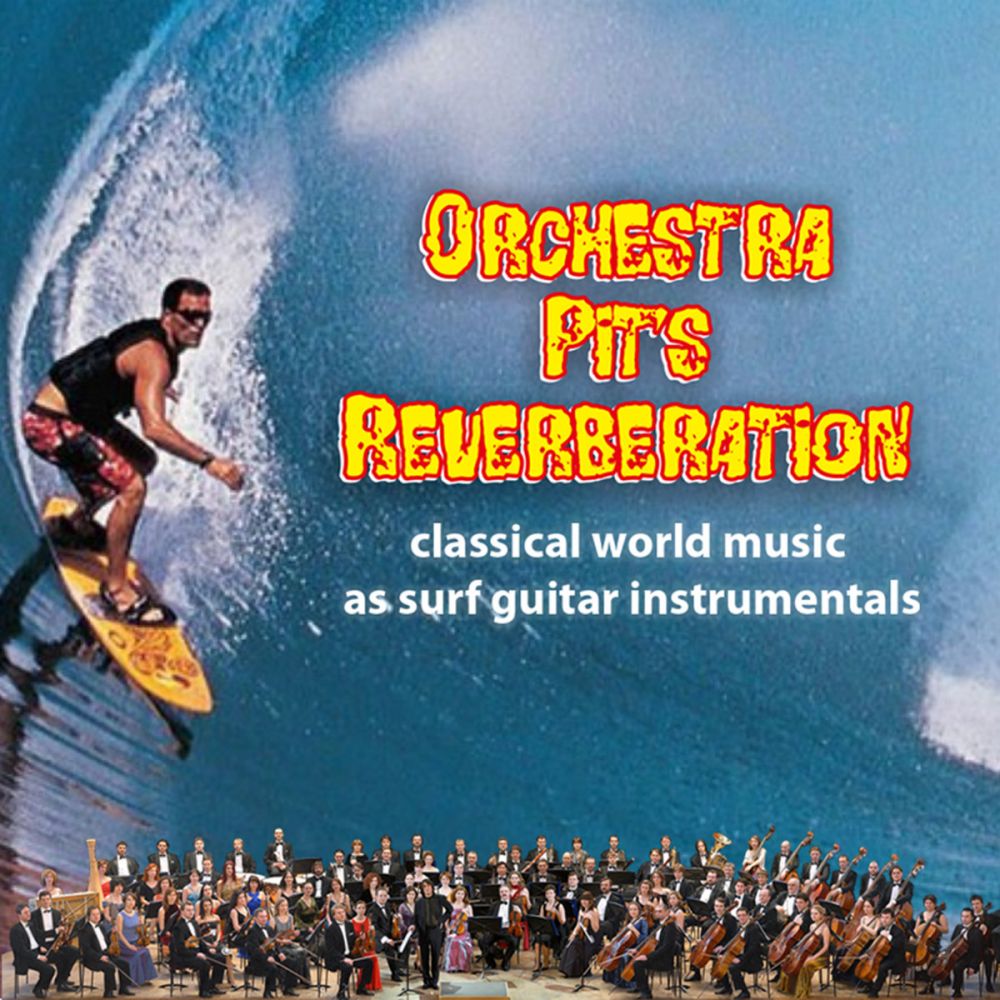 I personally love gimmicks and surf covers. I also love that surf is sometimes considered the "ultimate" guitar music despite being pioneered by teenagers hoping to get laid. And I love using this attitude to pervert the most dignified and honored music known to this earth. It's been done before by groups like The Ventures and The Baronics, but this is 23 tracks with a lot of variety.

I don't want to say "Best" reissue, because these are kind of fun in their own ways. 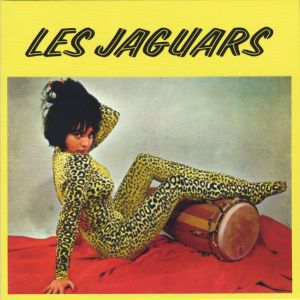 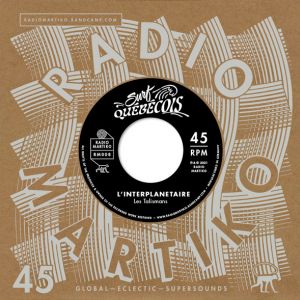 In an unfortunate turn of events, two different labels released 7"s with Les Jaguars' "Guitare Jet" at pretty much the same time. It's a great song worth owning on any format. One features another Les Jaguars song "Attaque" as well as that iconic cover from their LP2. The other is paired with one of my favorite songs, Les Talismans - L'interplanetaire. You'll have to decide for yourself which is preferable. 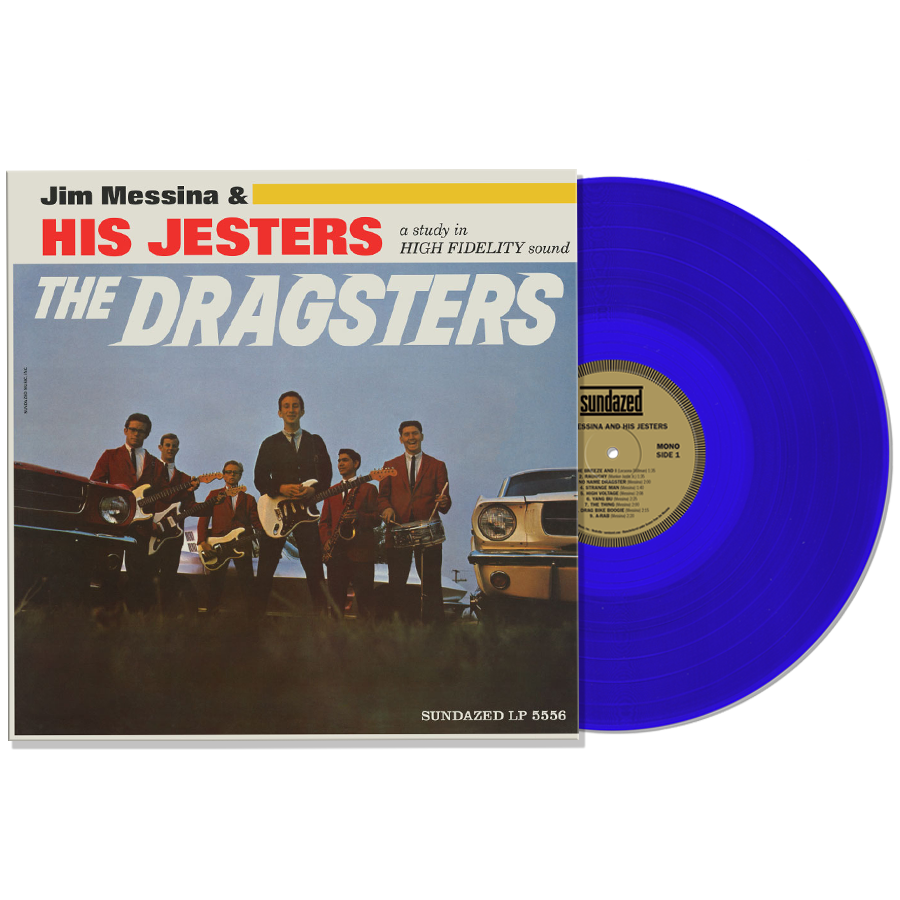 Meanwhile, the legendary and influential Jim Messina & His Jesters' record Dragsters got a deluxe Sundazed reissue on CD and vinyl with a few added tracks. Of course, this had also been released by Oldays records in Japan in 2019, but that's in Japan and therefore not easy to get a hold of. Unfortunately, neither was this one. It was a Record Store Day release, and while on a road trip I visited four different record stores looking for it, found out that most never got it, and ended up grabbing one at Euclid all the way back at home. I guess it's kind of funny to me that this hard-to-find record remains obnoxiously obscure. Thankfully, it's priced pretty reasonably to order from discogs etc at the moment. 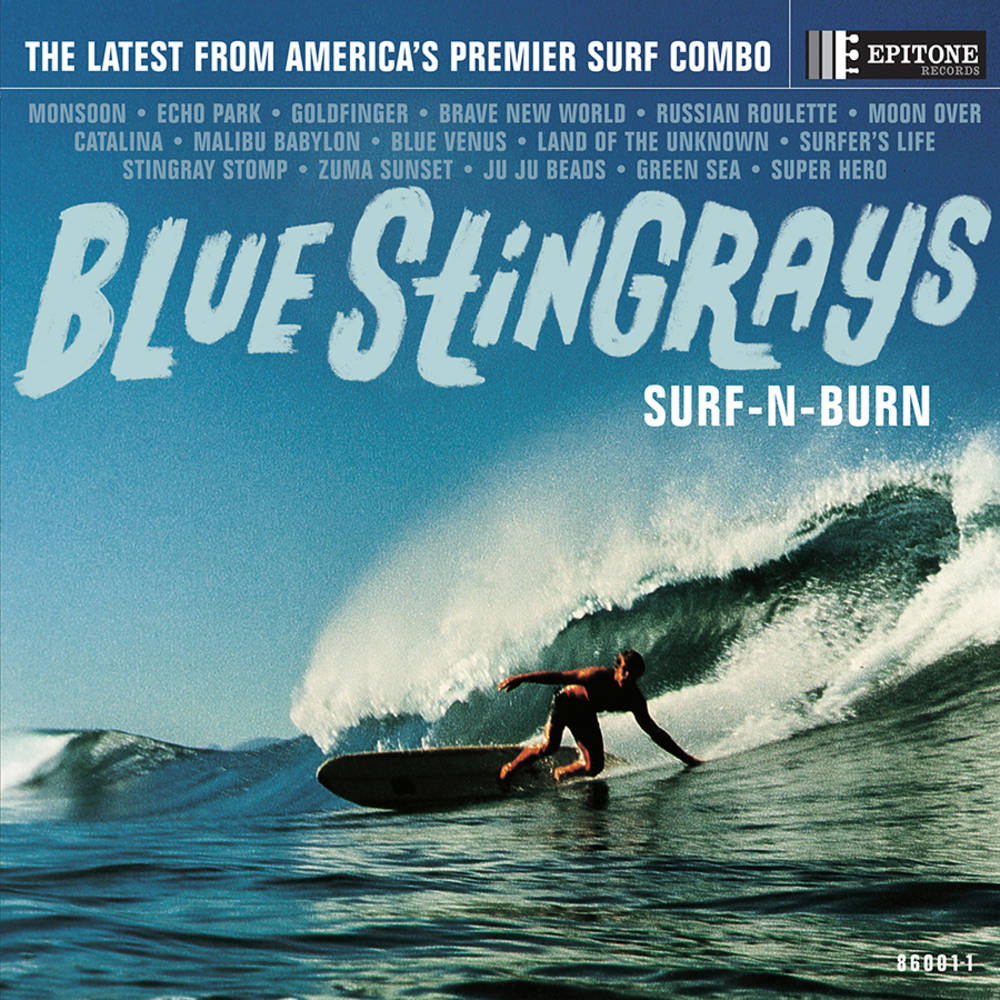 And the one that got a lot of attention was The Blue Stingrays - Surf 'n Burn finding a vinyl reissue, with major music news outlets shockingly revealing that it's actually members of Tom Petty's Hearbreakers. We've known this for a while. It's pretty wild to me seeing this released on Epitaph Records, the punk label that I worshipped in my teens.
Debut EPs of note
Alberta Beach - s/t and Prairie Flashbacks
Though not identical, I love the tone on both of these. It's lo-fi but in a way that reminds you that it's analog, and the self-titled has that gigantic Dick Dale ballroom kinda reverb. And while the guitar lines don't sound like Dick Dale, they do have a great sense of sounding big and confindent.
B Confidential & The Secret Four
Normally I wouldn't make much of a fuss over a 7" with one instrumental, but this is Dalibor of Bambi Molesters on guitar, and noticeably so in that dark growl. At the very least, stick 'em on your radar.
Secret Reygents - Dive, Don't Drown
Some unexpected and enjoyable xylophone, synth and other goodies meet some gritty guitar and attitude for a fun and wild surf concoction.
Bodhi & The Zephyrs - The Third Wave
Great surf leaning on the modern side with a fantastic sense of energy and excitement. Even when it slows down for the 4th track, the heavy breakdown is well worth the wait.
Tarantinos - Durango Twist / El Guapo
This label appears to be a collection of "groups" with songs written by a single guy, so I think The Tarantinos are more of a pseudonym for his surf output than an actual band. So while I won't hold my breath for an LP, I sure hope there's more because this is razor sharp, loud and strong surf music.

By the time I review this they've already released a follow-up EP. Great punk-influenced horror surf with a lot of subtle touches that tweak their sounds to the next level. Their synth-lead version of Cecilia Ann might be the best cover I've heard.