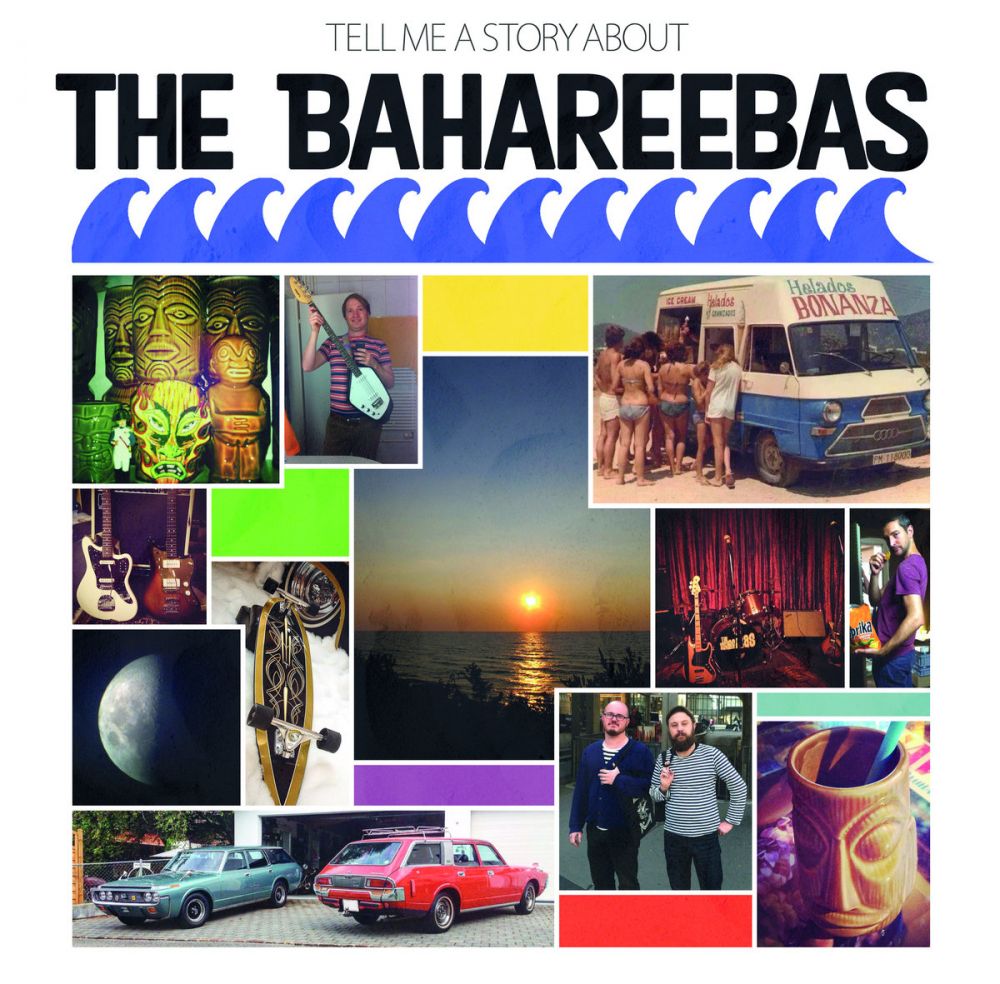 The Bahareebas - Tell Me A Story About

On their fourth LP the Bahareebas show a lot of expertise. The rhythm section keeps a constant knee-bouncing push, but the lead guitar strikes an excellent balance of trying new sounds bolstered against now-standardized surf routines (even if they skew a little modern trad than 60’s). In short, familiar and interesting at the same time, and very well executed. It’s been six years since their last LP, and that’s believable because each of these songs have inspired melodies that I expect survived some real workshopping and strict quality cutoffs. 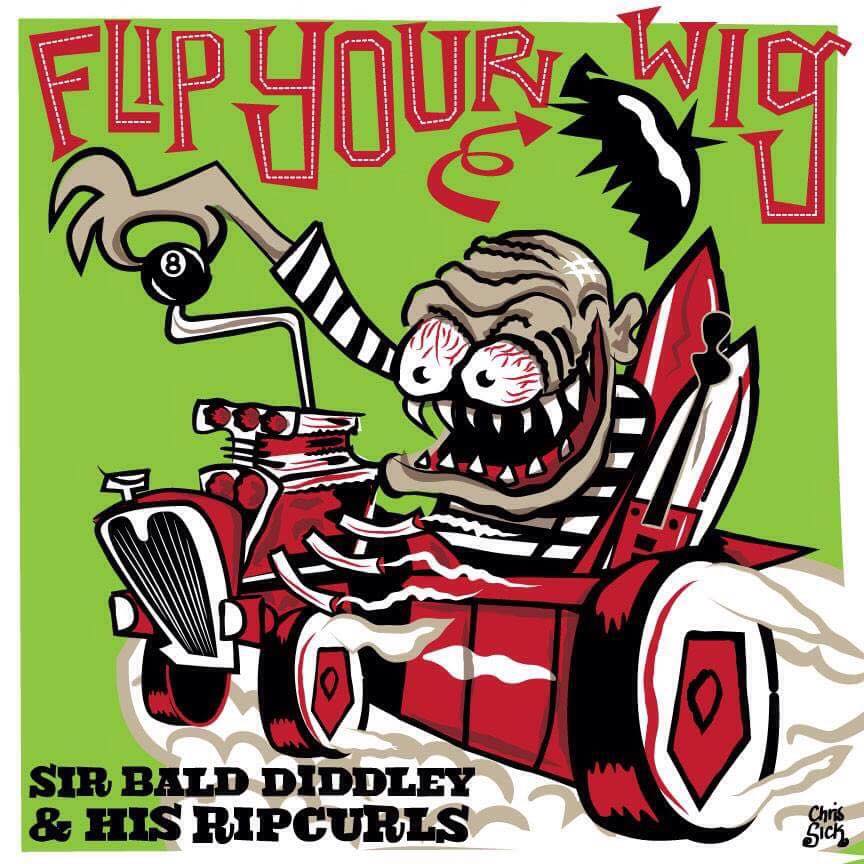 Sir Bald Diddley and his Ripcurls - Flip Your Wig

The latest from Sir Bald is only about half instrumental, but with 17 tracks that’s still a pretty substantial amount, and the ones we get are as great as everything he’s put out before. This isn’t pretty, glistening-in-the-sun sorta stuff but tough and mean with lots of sassy saxophone. There’s still some good variety though, with a (more or less) Fabulous Wailers cover, a Champs-alike, a creeper, and of course a good bunch of aggressive guitar howlers. Speaking of howling, the vocal tracks are worthwhile, it’s just not what we focus on here. The Fuzillis pull from the raunchier side of vintage instrumentals and probably aren't as dogmatic about which guitar they use etc. I'm not even sure there's a reverb tank to be found. However, if you love the Las Vegas Grind compilations or more party-oriented instro groups like The Fabulous Wailers or The Revels, this is a total knock-out. It’s real rock & roll -- unabashed and confident. Not only is the guitar excellent, but their sax player overblows like that instrument was never tarnished by cheesier genres. Those chops help their originals slip right next to the covers completely seamlessly. They’re clearly enjoying themselves because they know that the music is fun, and that’s the sort of feedback loop I think we can all get caught in. This band was a huge surprise for 2017 and I can't wait to hear more from them.

And the Gremmy Goes To...

Though I loved Psychsploitation, a lot of people were waiting for the day that Satan’s Pilgrims released another surf record, for cryin' out loud. Siniestro is exactly the record everybody was looking for, and might even be the best they’ve done in their over 20 years of existence.

Siniestro starts out bright and surprisingly unassuming. The first three songs are good, but it’s “Creep Beat” that really jostles you into attention, a slow lurker that gives the guitars a little more room to breathe and be heard.

And my oh my, do these guitars sound gorgeous! The tone is perfect, and with three of them you can get a hell of a wall of sound while the lead plays a glistening melody. There’s a tiny bit of reverb on the drums too that goes a long way. Just from the pure sound of it, this album is an absolute treat for a surf fan.

Sonic aspects aside, as I mentioned before I love the slower, more hulking ones, but there’s a great momentum to a lot of faster ones. It’s very trad structured, with plenty of repeating riffs rather than solos, and could easily be mistaken for vintage material.

I got a sense from the community that a lot of people knew this was the biggest instro record of 2017. I'll lend my vote towards that too. 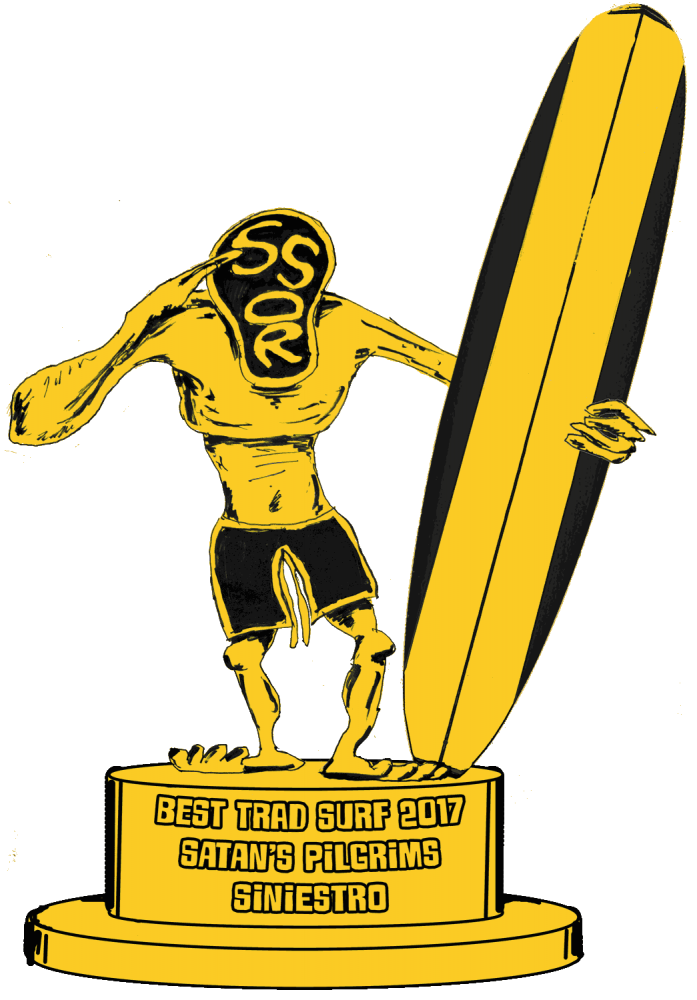