These guys may trace their roots to a surf sound, might even call themselves surf sometimes, but their sound is undeniably modern and often unto themselves. Surf isn't a code to live by, and Instro is a genre of possibilities meant to be explored and tinkered with.

There were no shortage of good records for this category, and it was extremely difficult for me to choose between them. I'm looking forward to publishing this so I can stop agonizing and be done with it! This one came out of nowhere and stayed for a while. A foursome out of Columbus, Ohio, Hypnotide is made up of several longtime musicians from that area that decided to try their hand at a surf record. The result has a ton of fresh ideas, super tight playing, a surprisingly amount of speed and spit when necessary. "Bad Girls Go To Hell" has an awesome frantic danger to it, "Number One Chinese Restaurant" has a sunny melody that wouldn't sound out-of-place on a Los Straitjackets record, and "The Ocean Gets its Saltiness..." has a dreamy and mysterious quality. I wouldn't say any of them go too far off the beaten path of instro, but it walks that beaten path with confidence and stride. Now that we've gotten a big surprise out of the way, let's get into the highly anticipated titles that delivered. Seven years after their last LP Meltdown, Atomic Mosquitos still have the same easily identifiable sound - no shortage of theremin, guitars that are REAL loud, kinda yelling, and similar rhythm guitar patterns. They've worked within those constraints, squeezed that formula for all it's worth, with a pack of songs that can be brave, anthemic, sweet, savage, or weird. Really clever ideas on this record, enough that I really do believe it might have taken 7 years for them to all spring up. And I said this in my earlier review, but it culminates to SUCH a satisfying ending! I give this one the nod as the most modernest instro record this year, clearly trying to push its sound outwards while still sitting comfortably next to a surf drip and rock & roll bounce. It's got a great joyous, free-spirited vibe to it, rarely tumultuous. This tone is especially set by the positively radiant second and third tracks "Back to Reality?" and "New Democracy" (which then crashes into their ferocious cover of "Tunak Tunak Tun") . Perhaps that mood is a piece of Fankie and the Poolboys that shared guitarists Ferenc Dobronyi and Danny Snyder brought over. It's fresh and constantly changing from the first note to the last. Alright, you can breathe now, I know some of you were wondering when this was going to make an appearance. The Madeira's cultural capital in this small little corner of music is probably right behind Man? ...or Astro-man and Shadowy Men on a Shadowy Planet, and they haven't stumbled yet. Ivan Pongracic's guitarwork is as nimble and flowery as ever, perhaps even reaching a new knock-you-flat level of intensity on "Caravela", easily one of my favorite tracks this year. The whole album is huge, has a legendary feel to it, and bounding it together is a relentless pulsating rhythm.

(unfortunately I can't find a (legit) preview to embed for this one, but I hope you don't need convincing)

And the Gremmy for Best Modern Instro Record goes to... 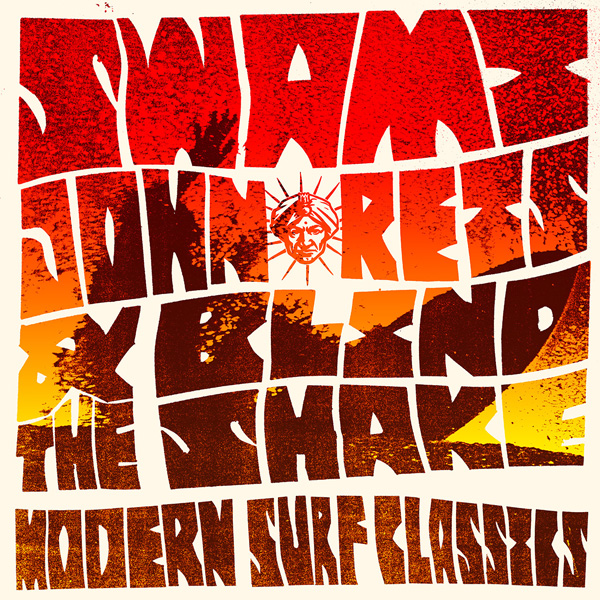 Oh OK, so Mr. hot shot Hot Snakes can just waltz right into the instro world and steal all the attention, huh? So long as it sounds like this, sure. I would have been severely intrigued at the prospect of John Reis of Rocket From the Crypt, Drive like Jehu, and Hot Snakes teaming up with The Blind Shake. To hear that they were trying their hand at a surf record would be straight from my dreams if my imagination would have ever stretched that far. But I tempered my expectations - dudes were probably just jamming to a Challengers record and thought it would be fun to record a few loose rip-offs, probably not much to see here other than the names attached to it. Even on the upper end of my expectations would be a competent, energetic, well-produced record like the Pounded by the Surf record that members of The Bronx put out this year.

This exceeded my expectations on many accounts. "The Lonely Sea Sweeper" is a great track to demonstrate what this is about: it's surprisingly thoughtful and pretty, despite carrying a ton of weight. Like an elephant, I guess. It sounds like nobody else though. Not just in the surf world, but it doesn't sound similar to anything John Reis or The Blind Shake have done either.

That's not to say it's completely unfamiliar. They're definitely going for a beach-compatible vibe throughout, and songs like "Hang 11" and "Dune Rider", though top-notch, are from a familiar surf playbook. And it absolutely does sound like a marriage of Hot Snakes and The Blind Shake, along with the immense amounts of guitar power that those bring with them. And by golly, the production on this is mind-blowing -- "Sea Saw" has a very Hot Snakes sound to it, but even Hot Snakes never sounded THAT good. And yet, I was surprised to find that with every gigantic guitar pounder, there was a cooler track like "Brown Room" to match it.

So yeah, Mr. Punk Rock wins today. And if anybody else from that world wants to try, if you're going to sound like this then go right ahead. If you're going to put reverb on your vocals and whine like WAVVES... never mind, that's a conversation for another day. 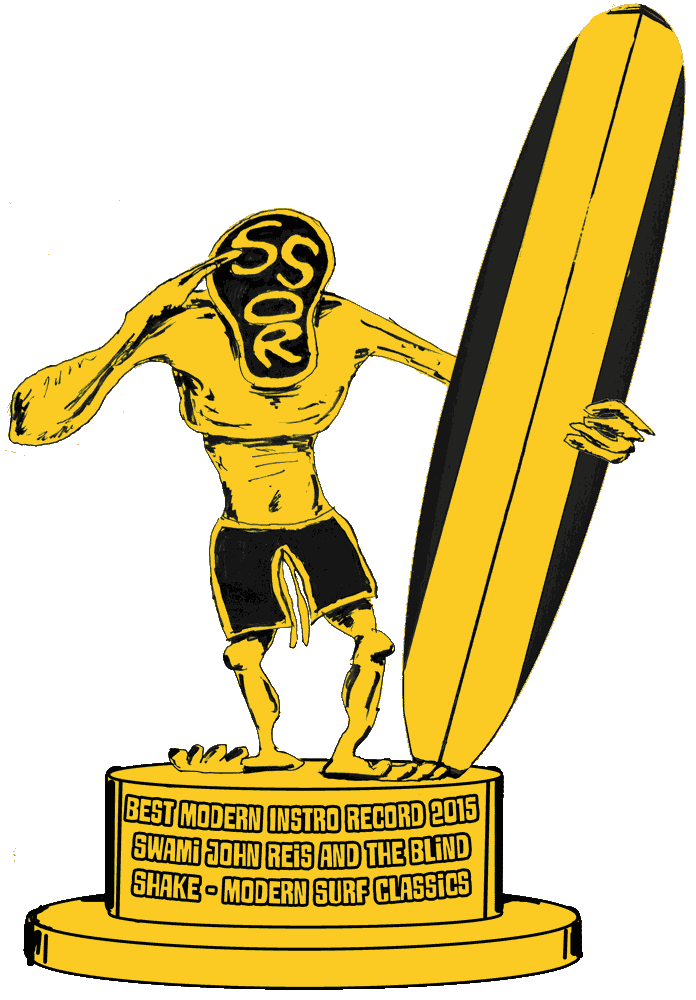