These days garage bands with a little bit of reverb on their vocals are called surf bands. Thankfully, there are still plenty of excellent groups out there that know what surf really sounds like. The following bands aren't aiming to reinvent anything, they're all about making great instrumentals with that irresistable sound cooked up in the 1960s.

This was a good year for trad surf groups and an interesting one. Most of the groups below are sort of rising stars of the scene who made their initial appearance only in recent years, without much presence from the more legendary 90's era groups. Here are what I believe to be the standouts. 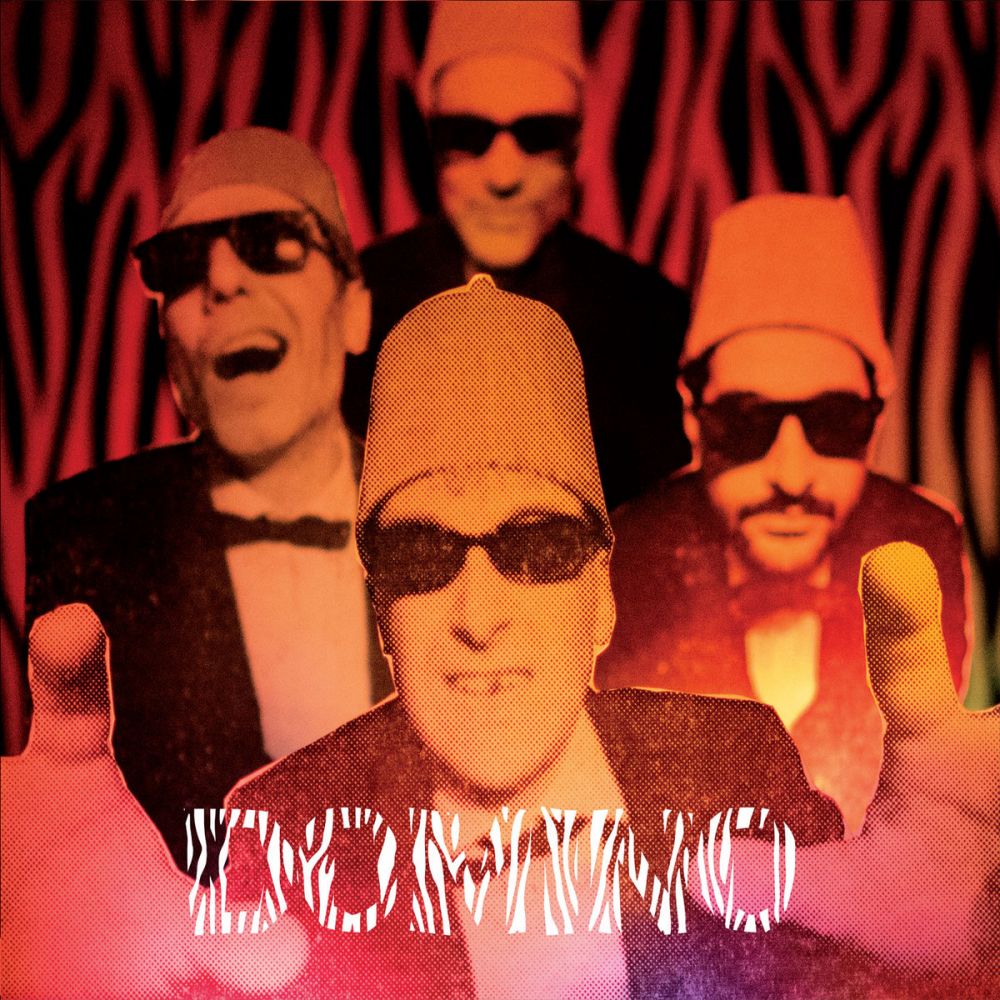 After a strong debut EP, the first LP from this group comes in sounding louder and meaner, with a deep and hot cavern of reverb surrounding these songs. The prominent saxophone often has them swinging a bit more in sultry grind music territory rather than upbeat pool-party vibes (though there is "Oki Doki" for that occasion), and it often slows down to let you moan in the heat. There's also plenty of straight-ahead surf burners, including an excellent cover of Morpheus. 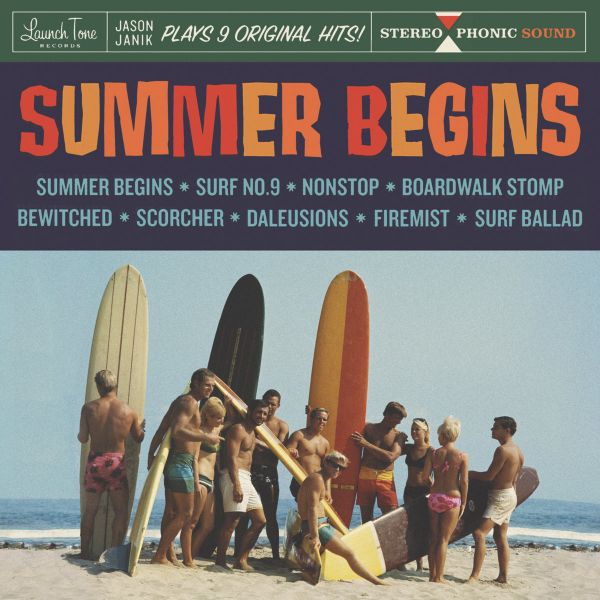 It's striking how well Janik nailed this introductory outing coming seemingly out of nowhere: the tone tone is strong and proud with just the right amount of reverb to give it some heft -- it's as legit of a surftone as you hear today, and he wields it well. Dance numbers like "Firemist" are as twistable as it gets, while scorchers like "Scorcher" are suitably punishing. But it's not just the guitar -- I believe he plays all the instruments on this record, and the keyboards, drums and bass are all worthy components of a fun record. 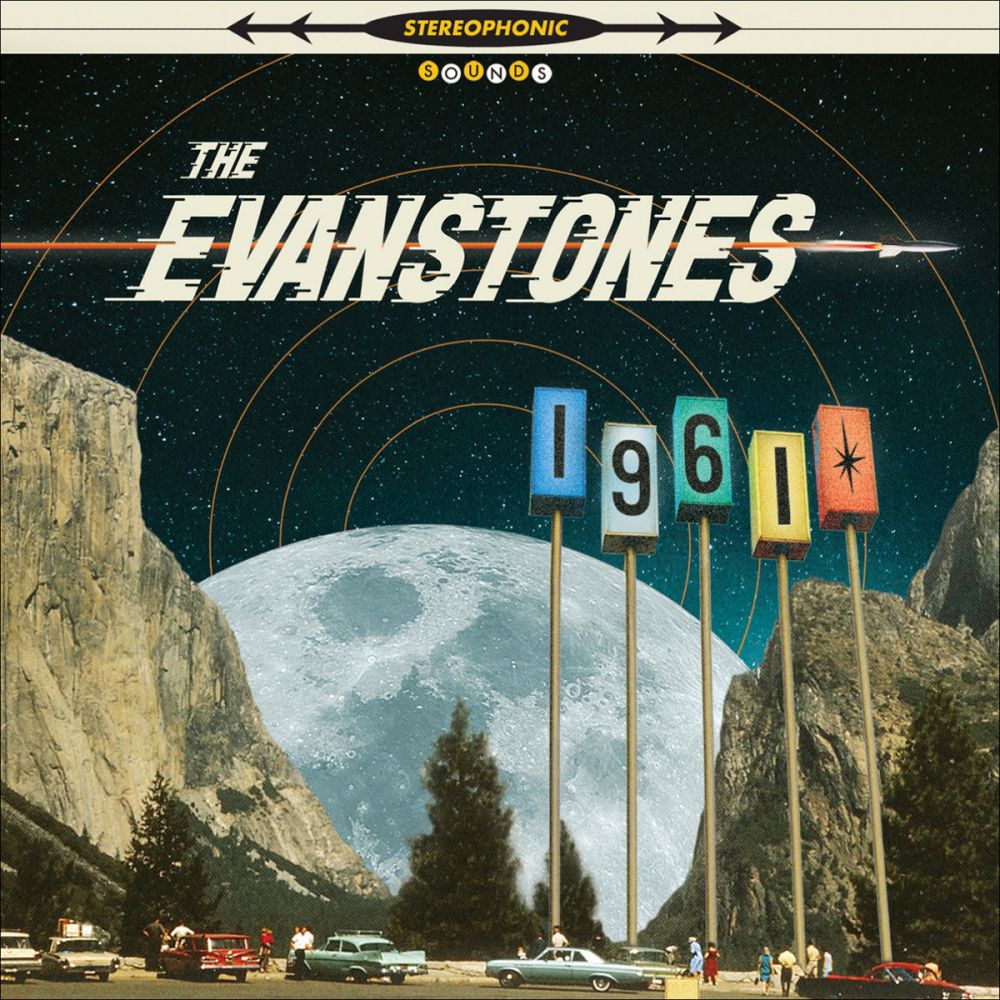 The Evanstones gained some enthusiastic fans with their 2017 LP Music from the Last Band on Earth, and I think they only improved on this record. There's some real variety here, with some surprisingly sweet sounding songs like "El Gato", some rippers like "Eruptors" and of course a Western track or two. More importantly, these songs have a strong mood and a great sense of an underlying feeling that they're trying to impart. Guitar tone has a thick helping of reverb, but I also appreciate some of the lo-fi clipping evident on tracks like London. While it's not a record that demands that you listen loud, you'll be rewarded if you do. 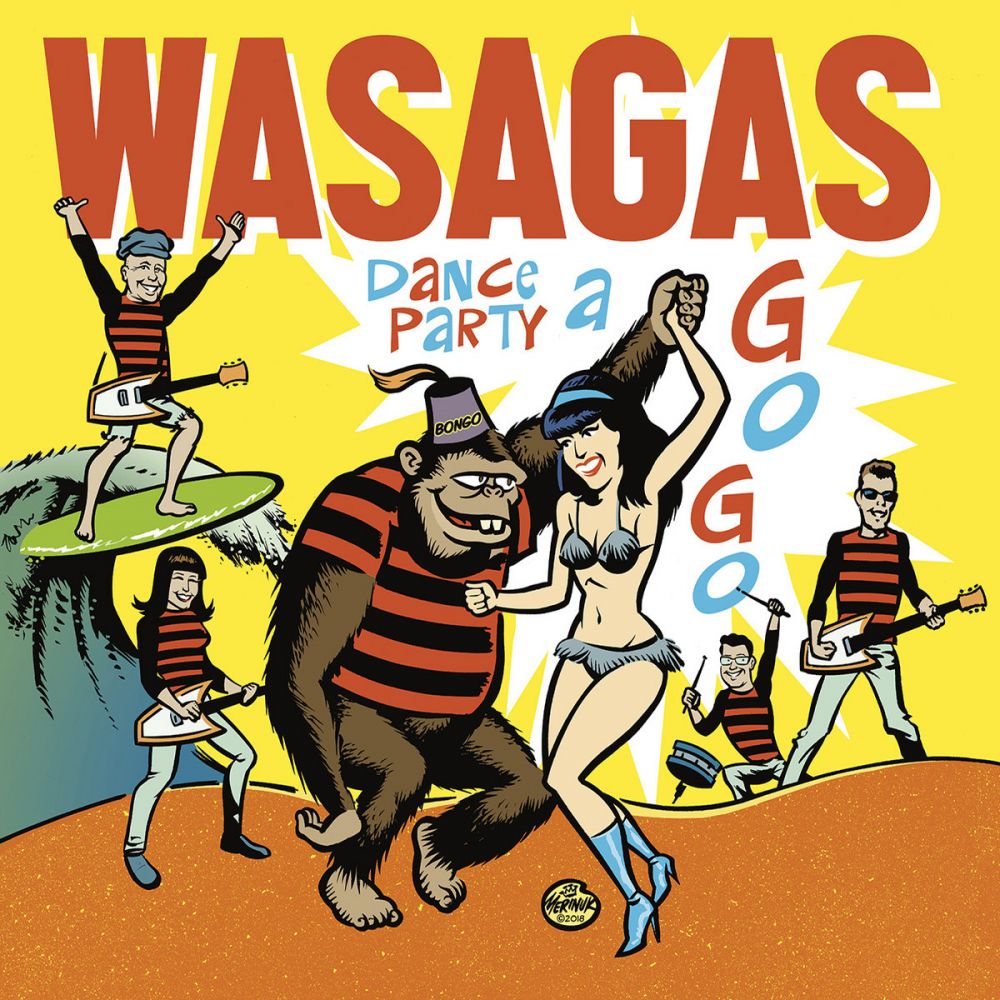 On Dance Party the Wasagas pull off that difficult combination of great songs without sounding like they thought too hard about them. This album is full of bright tones, cartoonishly upbeat attitude, and whole-hearted rock & roll energy, but also fantastic ear-grabbing, memorable riffs in just about every song. While their sound doesn't scream 60's SoCal, the songwriting spirit feels comfortably contained in that era, and I think they're comfortable enough with themselves as a band that authenticity wasn't a priority as much as the energy they impart. This has been a big year for Mark Malibu, putting together a christmas benefit compilation, a great radio show, a fun pro-mask music video, and the Wasagas best album yet. 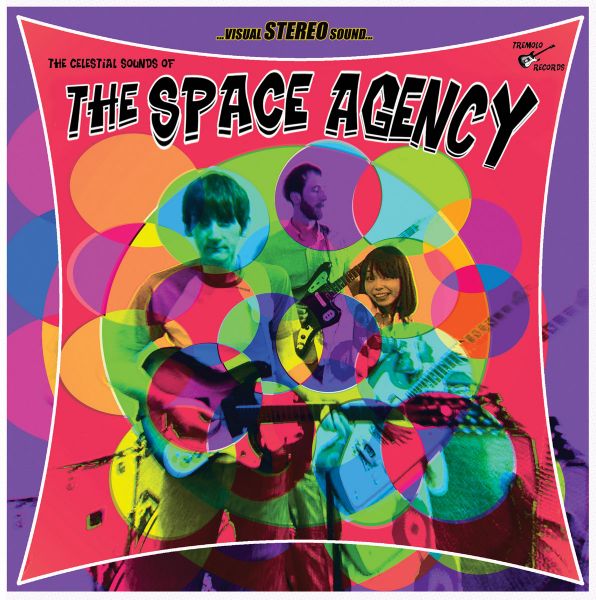 It may seem wrong to put an album with such a strong psychedelic influence in the trad category, but it's because The Space Agency are so authentically vintage in their weirdness. The fuzz and the effects sound like bullseye recreations of early psychedelia as it smushed into late echoes of the surf craze. If I listened without context, I'd put it at 1967.

But it's not just the crafting of the sounds, the song structures are dead-simple surf (and maybe eleki) melodies, sometimes even casting off the fuzz when the song calls for it. It's their most consistent and focused work, with just about every song as fresh as the last. 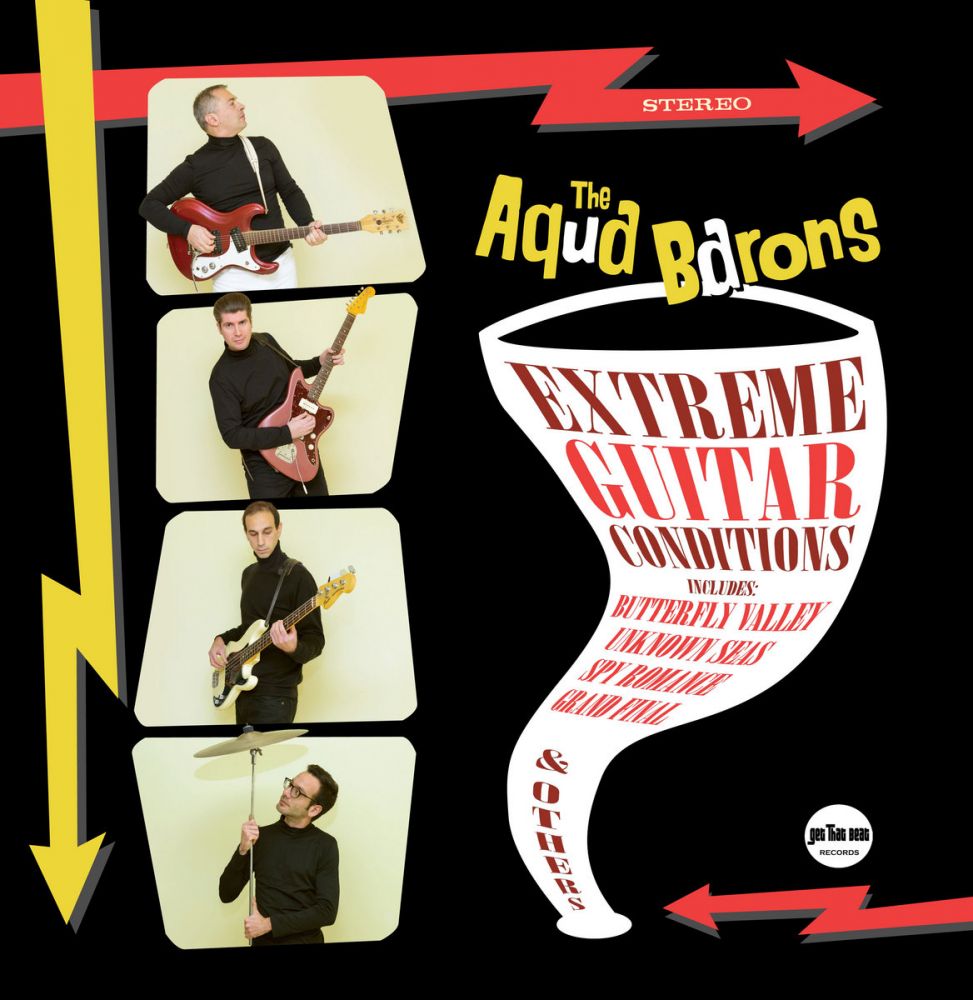 What strikes me about The Aqua Barons is their vision. These are not cut&paste retro licks, but very original compositions with clear musical thoughts, and as a result they don't really sound that comparable to anyone else despite working within the tonal confines of traditional surf music. An unlikely showstopper here is "Butterfly Valley" with its jazzy keys and flowery lead guitar, pushed along by the rhythm guitar pouncing out from nowhere. Then "Unknown Seas" swings like a lullaby; an addictive, repetitive song that invites you to join into the singing (it's just ahh's and bum bum bum's, it's ok), while throwing in some fuzz. While their previous LP Southeast Stompers felt impatient and ready to burst at any moment, this record feels surprisingly opposite; momentum-free, creating an atmosphere and breathing in it. It's a smart and eloquent record that feels easy and confident.

This was an extremely difficult decision this year. All of the groups listed here were extremely close and all had a strong statement for themselves. It took days to decide. However, when I put them all on shuffle it was the songs on this record that made my ears perk up the most. These songs have a strong and distinct identity and are full of surprises while keeping the spirit of the genre true, and they deserve this valuable .png file. 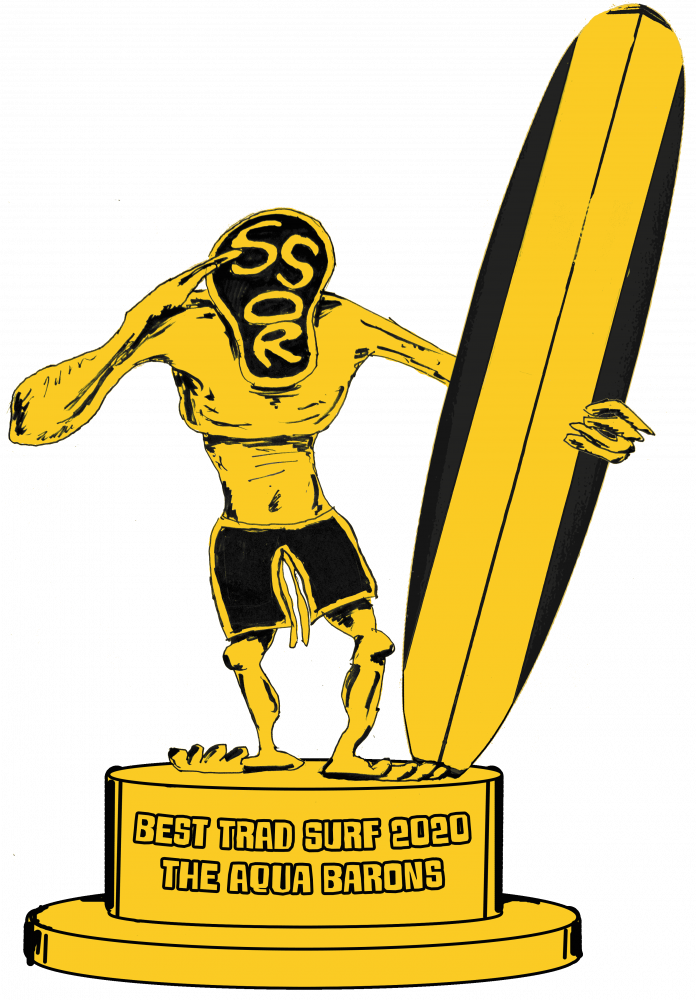